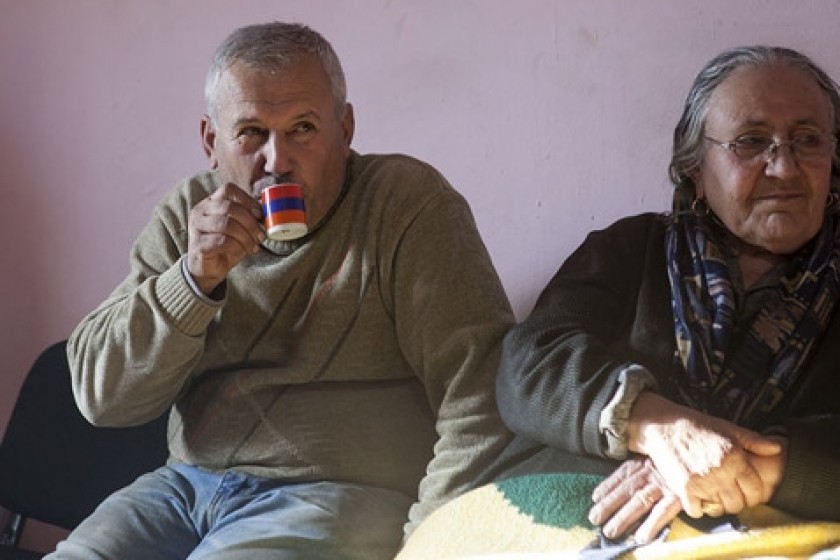 From Qamishli to Kovsakan: Planting New Roots in Artsakh

Sipping coffee in their apartment in Kovsakan, a town in southern Artsakh, Jirayr takes a friendly jibe at his mother-in-law, 71 year-old Mrs. Khatoun.

Mrs. Khatoun came to Kovsakan from the Syrian town of Qamishli last December. Now, she spends her time following the news, both local and international. She also likes to read the New Testament, a copy of which is placed at her bedside.

“She read it so much, she knows it by heart,” jokes Jirayr.

Mrs. Khatoun attended Armenian school in Qamishli up to the sixth grade. She knows how to read and write Armenian. When the school closed, local Armenians refused to send their kids to the Arab school. They felt it wasn’t the right thing to do.

Mrs. Khatoun has three daughters and a son. She was 24 when her husband died in a car crash. According to local Armenian tradition, she never remarried. “An Armenian woman must take care of her children,” she notes, adding that the community took care of widowed families.

She now lives with her son Viken and his family in an apartment building allocated to Syrian-Armenians who have relocated to Artsakh. 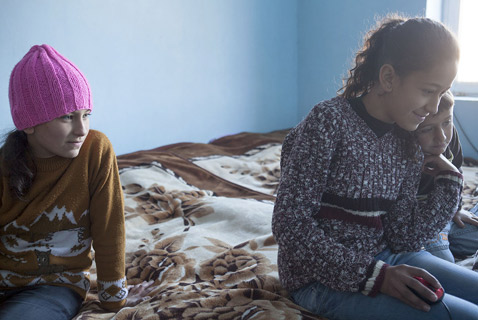 Viken proudly points out that in Syria, Armenian parents give their children only Armenian names. Samvel is the name of Viken’s father. It’s important because local Arabs address others as the ‘father of so and so’. For example, Viken must be addressed as, ‘the father of Samvel’.

The father confesses that it was difficult when they first moved to Kovsakan. The kids encountered various language problems in school, especially since many words used in class were Russian.

Viken says that he misses Syria. He worked as a lathe turner and also owned land which he cultivated. He visited Armenia in 2005 and in 2010. Deciding to relocate, he first wanted to sell of his belongings so that he could start his own business here. But, when war broke out in Syria, he was forced to flee. He only had time to sell his car.

In Artsakh, Viken has fifty acres on which he grows wheat and barley.

The family is now waiting to move into an apartment building in Kovsakan now being erected especially for Syrian-Armenians.