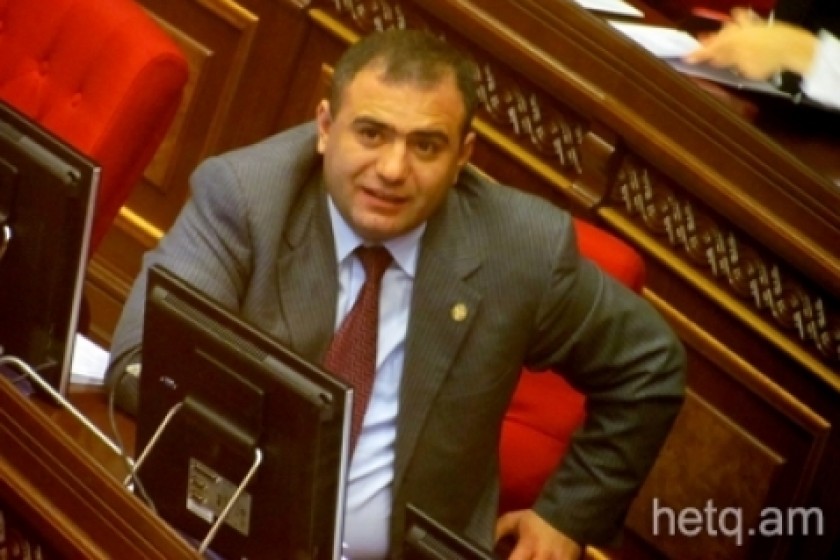 Vahe Hakobyan is the richest Provincial Governor (Marzpet) in Armenia.

The Republican Party member declared 1.5 billion AMD ($3.8 million) in bank deposits as of the end of 2012.

His revenues for the year amounted to 1.8 billion AMD, of which a mere 3.1 million was derived from his salary as a legislator.

Another 1.6 billion came from dividends received from two companies.