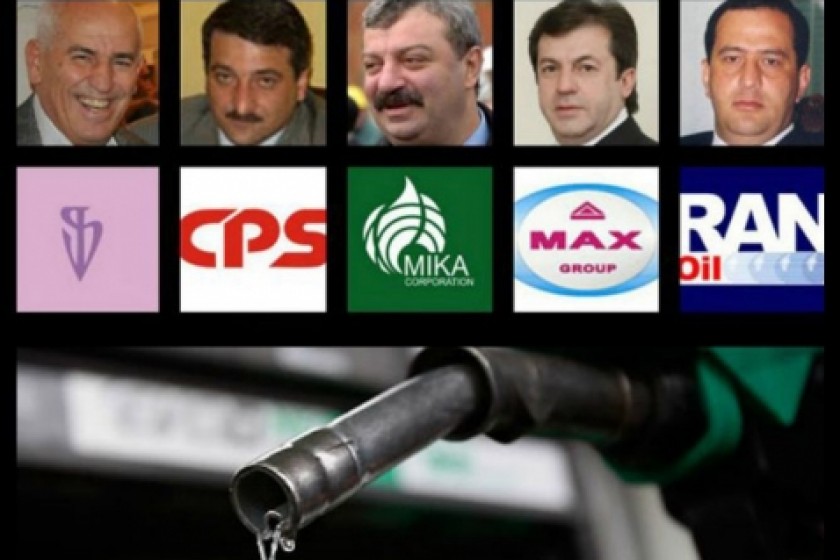 Though numerous gas stations especially in Yerevan offer "super" fuel in addition to "regular" and "premium," no such fuel has been imported in Armenia since 2008 (such fuel is practically non-existent outside the capital).

1. A lower grade fuel is being sold under the label "super"
2. "Super" fuel is being imported under the guise of a cheaper form of gasoline
3. This fuel has remained in vendors' warehouses for at least 6 years and isn't being sold

Flash and CPS Import Fuel; the Rest Buy from Them

These figures are already four years old, though the two companies are clearly still the leaders in the market. The Commission doesn't have any figures regarding the proportion of the other companies' shares in the market.

Ran Oil Director Samvel Baghdasaryan, in conversation with Hetq, said that the company doesn't import gasoline and diesel fuel; rather, it purchases them from Flash and CPS. To the observation that "super" fuel has not been imported in Armenia since 2008, Baghdasaryan objected, saying that, for example, Flash imports it and they buy it from both companies. Ran Oil is one of the the companies where you can find "super" fuel at their petrol stations.

Several petrol stations that operate under the name Max Group or Max Oil likewise sell "super" fuel. But Maxhur's accounting staff denied that they currently sell "super" fuel, though these petrol stations belong to them. At the same time, Maxhur employees informed Hetq that they both important gasoline and diesel fuel and purchase it from Flash and CPS. Imports come from Romania and Bulgaria.

Hetq was unable to get in contact with CPS Director Artur Danielyan: the employee who answered the phone said no one from management was in and she cannot respond to (media) inquiries.

Flash management likewise was unreachable. Director Yasha Kachatryan either was not in or had gone out, or was in a meeting. Deputy Director Mushegh Elchyan, according to the company employee, does not currently work at Flash.

The Mika Corporation employee, in turn, said the company does not currently sell "super" fuel and does not import. She was unable to say from which country the company acquired fuel in the past, but noted on Mika Corporation's official website are Greece, Bulgaria, Romania, Russia, and Ukraine.