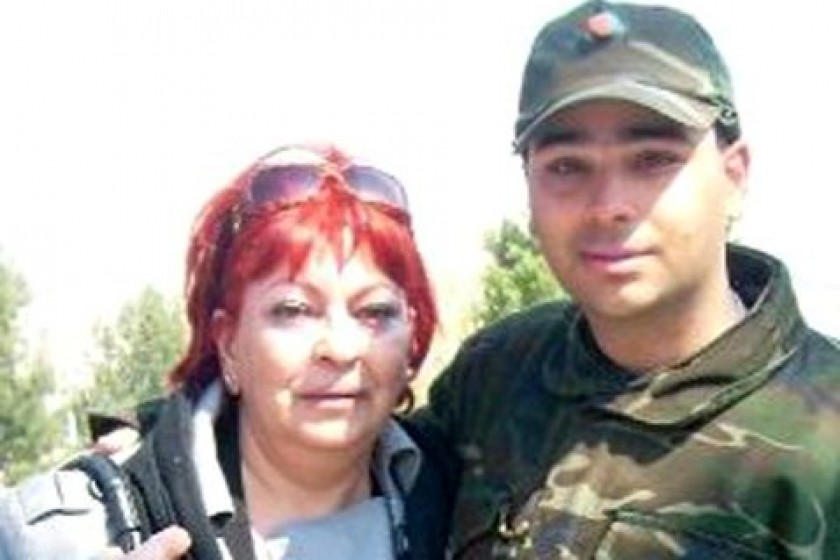 Ani Balıkçı: “We have no need for your love’

Ani Balıkçı is the mother of Sevag Balıkçı, a young Armenian man who was killed on April 24, 2011 while serving in the Turkish army. Sevag had 23 days to go as a conscripted private.

On March 26, 2013 a Turkish court ruled that the incident was accidental and sentenced Kıvanç Ağaoğlu to four years and five months in prison. Many in Turkey, including Sevag’s family and friends, believe that the young man was a victim of a racial attack.

Mrs. Balıkçı recently wrote an open letter to Ayşe Kulin, a prominent Turkish writer. Balıkçı admonished the writer for commenting “We did not butcher the Armenians without a reason” during a CNN Türk interview.

In her letter, Balıkçı wrote that if there indeed was a reason for the slaughter of Armenians in 1915 it should be found within the avarice and jealousy of those responsible.

Balıkçı wrote the following passage to Ayşe Kulin: “In the 1900s there were many Armenians who were well educated. In their villages, they had one or two churches and monasteries. Armenians were developed and had a feel for quality. They were able to cultivate what they had through their knowledge. But all this made the other communities wary. They wanted to rule over the fields and property of the Armenians and this is why they told the Armenians to leave all that behind and leave these lands.”

Balıkçı lives in Istanbul. I was able to have the following conversation with her after much searching on the internet.

While many Turkish intellectuals do not miss an opportunity to speak about the Genocide, a person like Ayşe Kulin comes out with remarks like she made to CNN Turk. How should we understand this disparity?

Just imagine that while concluding her comments, Ayşe Kulin said that she really likes Armenians. I wrote to her saying, please don’t love us and don’t like Hrant [Dink]. They killed Hrant where he stood. They killed Sevag by opening two holes in his body. They killed an elderly woman where she stood. [A reference to 78 year-old Armenian Maritsa Küçük, who was brutally murdered in her Istanbul home on December 28, 2012] I told her, don’t worry yourself about these people.

Did your letter have any resonance in Turkey?

Yes, there was much talk about my letter. The Armenian paper Marmara also wrote about it.

Did it come as a surprise that Marmara wrote about it?

Yes, because we generally shy away from talking about such things.

Was it the same in the past?

Of course. When I was a youngster we couldn’t talk about such things. There was a climate of fear.

It’s a little better today. We think that democracy has arrived but it’s far from complete. 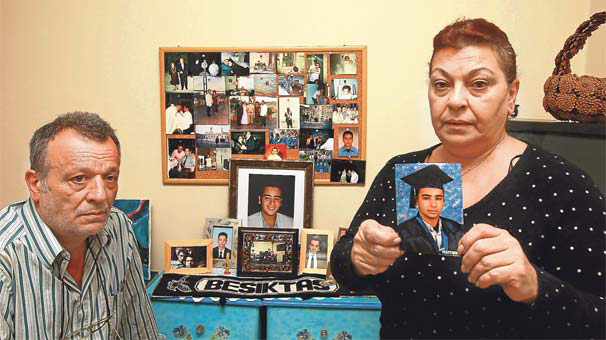 We are coming up on the third anniversary of Sevag’s killing. What would you wish to say about the case?

Just imagine that my boy’s killer, Kıvanç Ağaoğlu, is now walking free. We followed the trail for two years and this is the result. We are going back to court on February 19. Halil Ekşi, an eye witness changed his original testimony that the incident was an accident. He’s now told the truth and declared that Sevag’s death was intentional. So we filed an appeal and the case will now start anew. I should say that Halil Ekşi had originally gave testimony regarding the truth, like today, but later succumbed to much pressure and thus threw the trial into disarray.

Are you hopeful that the new trial will be different?

After following the trails of Hrant [Dink], I hold out no such hope. We have ample evidence in our possession; otherwise I would have agreed that the death was an accident.

What evidence are you referring to?

The biggest proof is that that Sevag was killed for being an Armenian. Why was he, an Armenian, killed on April 24?

What does the Istanbul Armenian community think about Sevag’s case?

The community is bust with Hrant’s court case. At first they showed some interest but later didn’t raise their voices about Sevag.

So now the community isn’t interested at all in Sevag’s court case?

No; not any more. For example, when Hrant’s trial was underway there was nothing; just a mention of his name.

I don’t know. Initially, there were some meetings and rallies, but now just silence. I don’t know what will happen on February 19. The court cases will no longer take place in Istanbul.

At first it was Diyarbakir. Now we are headed to Izmir.

The eye-witness, Halil Ekşi, is there.

Are you hopeful that justice will win triumph?

The Turks don’t have it [justice-S.A.], so why should we? There are some 980 cases of soldiers committing suicide here.

In just one year?

No, no; in the last five years or so. That’s how many soldiers have died. Mostly Kurds and Alevis. Most who died were Kurds.

If you met your son’s killer what would you tell him?

I breathed the same air for three years with those murders in the courts. In truth, I’d like to break his fingers. But I won’t allow myself the right to do it. I’m a teacher and don’t have the spirit to do such a thing.

Has your attitude towards Turks changed after the death of Sevag?

No. I wouldn’t say that. I must confess that there are very good people amongst them. We have lived together in these places. I cannot deny this. There are unthinking people within all races. There are also Turks that take an insulting attitude towards Armenians. For example, they ask us why we aren’t Turks like them. But, I’ve never met such individuals and they aren’t important for us. Imagine that during my worst days it was my Turkish neighbor who came to our aid. That person still comforts us.

(At this point, Mrs. Balıkçı’s husband joins the conversation)

“Don’t get angry, but Armenians are timid. Anyway, there aren’t any Armenians living near us.

(After a moment of silence, Mrs. Balıkçı continues)

You know what’s really painful? We Armenians don’t like to defend one another. That’s out problem. There are so many people in Turkey talking about Armenians, and oftentimes Armenians also speak out, but no one says a word about Sevag. This is what pains us.

Do you have a message for the Armenian diaspora?

What can I say? What’s important is to stand together and raise each other up. But Armenians in the diaspora do not think about us.

Why do you say that?

What I mean to say is that they were struggling and weren’t thinking about us. Now, my advice to them is not to think about us and keep struggling. We have no way out other than struggle. This is my message to the diaspora.

P.S. At the end of our conversation Ani Balıkçı tells me about an incident that took place in Turkey this year. “Terrible snowstorms hit Anatolia this winter. Many villages were shut off. In Van, a father placed his sick young child in a sack and tried to make it to the nearest hospital. The effort was futile and the child died. All the TV stations showed the story. I thought to myself about our ancestors and the means they devised to save their children during those terrible times.”

Ani Balıkçı also wrote about this incident in her letter to Ayşe Kulin, reminding the writer about the hundreds of thousands of Armenians who fell victim to past atrocities. Mrs. Balıkçı wrote “In essence, Mrs. Kulin, what you said is a confession of sorts. You accept that it was genocide whereas your government continues to deny it.”