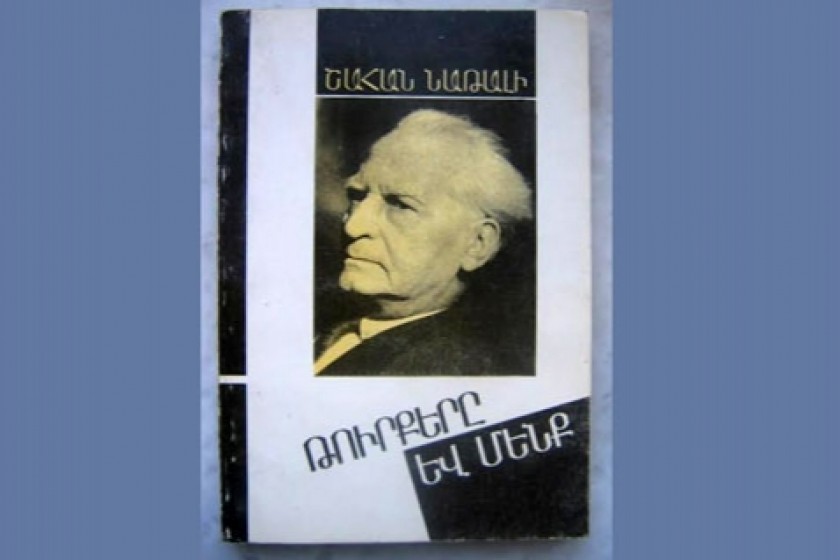 Three years after the start of the bloody war, we haven’t been able to solve the security issue of Syrian-Armenians

American-Armenian reporter Stepan Partamian, on his Facebook page, asks how many of the world’s ten million Armenians have visited Kesab or even gave it a second thought in the years preceding the war in Syria.

It’s a spot on observation. After 1,000 days of bloody and brutal war scenes emerging from Syria, we Armenians have yet to decide on what to do. The charitable and other forms of assistance provided to the Syrian Armenians caught in the pincers of this life and death struggle have, sadly, failed to address the most important dilemma facing them – their safety and security.

The position of the authorities in Armenia to ensure the “return” of Syrian-Armenians to the homeland hasn’t been promising. One of the main reasons for such an attitude is the constant calls of diaspora institutions to preserve the Syrian-Armenia community at all costs.  Overlooked in all this is the fact that some 40% of Kesab Armenians hold RA citizenship. A legal infraction is at play here as well since any state has a primary obligation to its citizens to ensure their safety.

The fact that Turkey is assisting the rebels in Syria isn’t a recent development. The Turkish Air Force has not only shot down Syrian planes but has installed Patriot type missile systems on its southern border.

These are the facts.

What is sad is that we Armenians have again fallen in the old trap of enemy hating creating by Turkey itself. Statements and posts of pain, sorrow and lament appear everywhere. In the midst of all these emotional outbursts, no one is thinking of real exit strategies.

Once again, the 'genocide phobia' is making the rounds, without understanding that this approach, especially regarding Kesab, will be of no benefit to Armenians who have sought refuge in Latakia, which is practically blockaded on all sides. It is also no secret that we are used to this situation that is the most convenient of all approaches. It doesn’t require much effort to pluck out the eye of a Turk, but accusing them brings no positive change at all for Syrian-Armenians now living in crisis mode.

The United Nations can merely take the rebels to task. The U.S. Congress and the Russian State Duma will do the same. And that’s where it will end. They have been issuing charges for the past three years and will continue to react to events on the ground in Syria in the same fashion.

Shahan Natalie talks about the defeats suffered by Armenians

In his book “The Turks and Us”, Shahan Natalie says the following:

This is the observation of Natalie and it is also no secret that the number one enemy of our people isn’t the average Turk but that Turk suffocating in the bile and blood of Turkishness in whom Armenian hating is a pronounced quality. Our problem is our lack of an effective means to deal with those Armenian hating Turks. Our avoidance to deal with this issue, and to instead rain down accusations and curses as a means of struggle will change nothing. On the contrary, such an approach merely exposes our powerlessness.

In the same work, Natalie speaks not only about the blows inflicted upon us by the Turks but presents, in detail, the position of the Great Powers regarding our plight. In this regard he writes:

“So why were we defeated?

Volumes answer that it was mainly due to those external reasons in which the Great Powers played a role.

The Russians betrayed us. Towards an outlet in the Mediterranean, they wanted a road free of Armenians, and they pursued that policy by, on the one hand, by encouraging us, and, on the other, by having us massacred by the hands of the Turks.

The English, in defense of their eastern policies and economic interests, sold us out. The French, after capturing Cilicia with our weapons and blood, left us defenseless in the face of the Turkish sword in order to curry friendship with the Turks.

The Italians, regarding Smyrna as their own, gave weapons to the Turks to drive the Greeks out and they burned us in fire.

The Americans put us to sleep with their pretty speeches and burnt our cause for a few oil wells.

These are only examples. Behind each lies a great tragedy.”

Returning to the issue of Syria, what is also of concern is that many, without correctly understanding the realm of events, consider it an act of courage to mix Turks and Arabs and to paint Islam and the Turks with the same brush. However, they are totally dissimilar. Faced with this centuries-old issue, we have presented solutions without understanding it complexity and attempt to connect Turks with Islam, all the while forgetting that these same Kesab Armenians (or their forbearers) who survived the Turkish sword have broken bread with Arabs and shared a destiny with them. And if there is a point where the interests of Turkey and these extremist Islamists coincide (this remains questionable) to solve an interim issues, then we must talk about the differences between these two entities.

Even if we accept for a moment that the real author of these events is Turkey, then where were we for the past three years? Where were our ministers and diplomats, our Arab specialists and editors? They were simply busy watching videos about Aleppo Armenians and giving press conferences, or in the best case, organizing Aleppo cuisine festivals in Yerevan or providing preliminary assistance.

In this, there is no one in particular at fault. Rather, the fault lies in the fact that we lack a collective body tasked with ensuring the security of Syrian-Armenians. Three years on, we still lack such a structure.

All this is yet further evidence of an approach of a nation replete with a shopkeeper’s mentality - when we feel we have the luxury of discussing granting sainthood to those massacred one hundred years ago, through collective deceit, while today their offspring are facing the fires of death and destruction.

This is how it has always happened to us.

Given all this, what will happen tomorrow?

Providing material assistance for Kesab, posting photos of Islamist rebels through hash-tag initiatives, and by bringing news of what has happened to the halls of the United Nations, might serve to ameliorate the pain experienced by Kesab Armenians who have been forced to flee their homes and take to the road as refugees, but none of it will resolve the problem at hand.

In addition, based on the eye witness accounts of Kesab Armenians who have found refuge in Latakia, we can assert that even Latakia isn’t safe and can witness the same chain of events.

Furthermore, any talk of military intervention from Armenia or sending armed units to Kesab is even more dangerous.

Here, the attempt by Catholicos Aram I to get the Kesab issue onto the U.N. stage was correct, despite the fact that there has yet to be any practical response by the world body. One cannot be hopeful of U.N. intervention given that the international community is more interested in the removal of chemical weapons out of the hands of the Assad regime than in stopping the bloodshed.

It is also important to note that against the backdrop of 150,000 dead in Syria, the western media (that suddenly turned into a mirror of justice for many of us) is spilling no tears hat armed extremists, who have come to Syria from Pakistan, Turkmenistan, Afghanistan, Chechnya and Europe, have begun to kill each other.

In this great tempest, we have also forgotten the Arabs. We have yet to speak about the fact, which is no secret, that most of the Arab world is opposed to the ruling regime in Syria. And whilst forgetting the privileges we enjoy in the Arab world we are trying to turn Arabs into Turks.

All the calls to liberate Kesab signify yet another attempt to lull the refugees of Kesab with a dose of morphine.

Evacuating the Armenians of Kesab to Armenia is an issue on par with national security.

I don’t wish to speak about the other communities because the future prospects of Christians in the Middle East aren’t bright. This is a fact and not an observation based on whims or suppositions.

Sooner or later, the Armenians of the Middle East will leave and it would be correct for Armenia to oversee this human resource.

Otherwise, these same Armenians just might set their sights on the faraway shores of America and Canada.