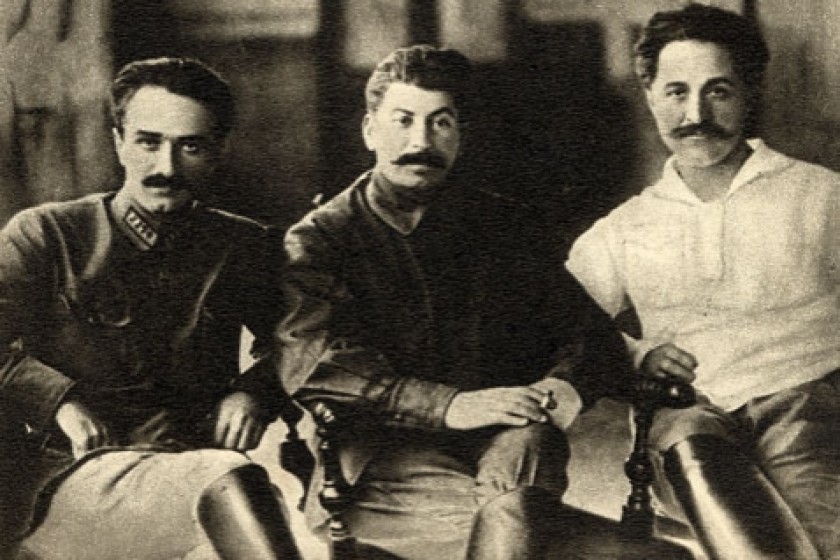 Yerevan City Hall on April 30 adopted a decision to erect a statue of Anastas Mikoyan, an ethnic Armenian high-ranking leader of the Soviet Union and close associate of Joseph Stalin. The grounds for the municipality's decision was "the procedure to erect monuments dedicated to prominent state and public figures of the Republic of Armenia."

Of course, the municipality is well aware that high-ranking Soviet official Anastas Mikoyan was not a prominent figure of the Republic of Armenia, as there was no republic then. Even if the municipality meant the First Republic of Armenia (1918–1920), this doesn't mean that Bolshevik Mikoyan contributed to the task of establishing the country (in fact, the exact opposite).

But, as is in the case in the Armenian authorities' various decisions and orders, what was given importance was not who Anastas Mikoyan was but that he was Armenian.

Many believe that Armenian genes are an indisputable advantage and commemorative events and the unveiling of statues of different Armenians usually have proceeded smoothly and accepted as normal (well, he's Armenian; shouldn't we revere him?).

Such a position specific to small, landlocked nations not only narrows their worldview, but also throws it in a trap. When a person is removed from historical context and presented simply as a representative of some ethnicity or another, it results in a rather absurd situation, as it's unclear what this person's merits and the trace he left are.

Anastas Ivanovich Mikoyan did not come out of Stalin's purges, the deaths of thousands of people, and the Red Terror cleansed. Archival facts more than speak to this. In 1937–1938, in the task of ridding Soviet Armenia of "anti-Soviet elements," First Deputy Chair of the Council of Ministers of the Soviet Union Mikoyan overestimated the plan and sent a letter to Moscow, asking to increase the number of Armenians to be subjected to imprisonment and execution by 1,500.

Let's assume that Yerevan City Hall doesn't read Wikipedia and doesn't take an interest in archival documents; for example, it doesn't know that Mikoyan was in favor of reducing Soviet Armenia's lands and that he adopted a clear position on the Karabakh issue — to include Karabakh in Azerbaijan.

Yerevan City Hall more so immortalizes not actual political figure Mikoyan (which is bereft of logic) but the mandate of impunity in Mikoyan's hands; that is, that which is just as important in today's Republic of Armenia as it was during the darkest, terrible, and bloody years of the Soviet Union.

The Armenian authorities not yet free from Soviet mentality perhaps think, we do what we want, but let the documents that ratify those actions be in our hands. And Mikoyan's statue will become a similar mandate built of stone, which, by the way, no doubt will be constructed in the socialist realistic style, as this monumental style of art best represents the path over the victims to reaching the top of the ruling pyramid.

The debris of the USSR do not leave many at peace. Russia, for example, a few years ago conducted wide, public surveys to decide the most significant figure of Russian history. The Russians chose Stalin. And only instinctive alarm kept the Russian authorities from enacting that outcome. Finally, they settled on the harmless figure of Alexander Nevsky.

But today Russia once again needs the figure of Stalin. Also, Hitler. And for us Armenians not to fall behind — Mikoyan.

History today is edited in an extremely superficial manner. Yerevan Chief Architect Tigran Barseghyan, for example, declared that the decision to erect Mikoyan's statue was adopted because he "traversed a difficult path of political and state activity" and "was awarded orders and medals." That's as much as he needs and that's as much as he says.

For some, that rationale seems enough, especially with a package containing an Armenian name. While for others, the decision to erect the statue of this controversial figure in Yerevan might become a sobering impetus that will encourage them to know more about the dark pages of Soviet Armenia's history — as well as those who were a part of that repressive system and occupy high-ranking positions till today.

Mikoyan's statue won't simply be the usual hopeless and useless political ornamentation. Erecting the monument is such a superficial and aggressive decision that it cannot leave one indifferent. A formidable layer of history comes and stands before us.

Mikoyan represents an era where, for calling black black and white white, people were shot or, in the best case scenario, called "an enemy of the people" and thrown out of the game. Mikoyan was one of the long-standing figures of this empire, and remembering him and eternalizing his memory means returning to 1937.

To return, to make discoveries. Those who did not live through the Soviet years can discover that the Mikoyan surname is not only a photo of a holder of medals or a brand of sausages. Erecting Mikoyan's statue in 21st century Armenia will mean that the demand for lustration is ripe. History, after all, is not poker, for you to bluff and be able to get away with it.

A great interest in the archives is already noticeable. After all, it might be revealed that the relatives of some were exiled or shot upon Mikoyan's orders (perhaps even my granddad?).

And it would be good if others asked themselves this question as well.