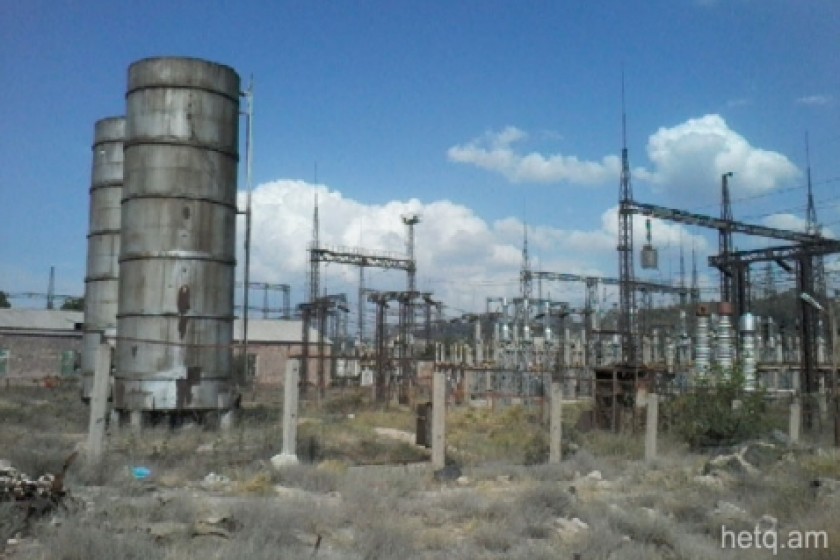 For more than 50 years, inhabitants of the district of Amo in the village of Zovouni in Kotayk Province have been living next to a high-voltage power station and beneath overhead power lines.

"An electric current means a flow of electrons, which by flowing and touching each other, heat up, emit radiation, and generate a strong magnetic field around them, which is very harmful to the human body. At the same time, the electromagnetic field might affect and affects residents, especially children," says head of the High Voltage Electric Networks CJSC's Safety Engineering and Reliability Service Yuri Hovhannisyan.

Residents of the Amo district say that during the Soviet years, they were promised to be relocated far from the power station, but the promise was unfulfilled. "We were naive at the time and believed the promises — without any written agreement," says Jangoyan.

Zovouni village mayor SerzhikAvetisyan says during the Soviet years, 18 families living in this area were given the opportunity to move to another area, but only two families took advantage of this opportunity. According to the mayor, the rest of the villagers didn't want to leave their place of residence.

Zovouni deputy mayor SurenBaghdasaryan added: "During the Soviet Union, two families received apartments — I don't remember their last names. Later, they sold those apartments, again returned to their old home and began to increase their plots of land in this area, though they weren't allowed to carry out work below the high-voltage power station."

Residents, however, claim that only one family was given an apartment, which took advantage of the opportunity.

RadiophysicistArmenMakaryan says that tin sheets can protect against such radiation. Covering the area in tin sheets, he says, would neutralize the impact of the electromagnetic field.

The high-voltage electrical substation adjacent to Zovouni is not yet completely covered in tin sheets. Yuri Hovhannisyan tin sheet coverage is only possible in land areas and not for overhead power lines.

"We repeatedly appealed to higher authorities, even the prime minister, with the request to either remove the electric networks from here and move them to another area or move the population from this area, since the degree of concentration of the population also interferes with our work, but there has been no response to our applications," says Hovhannisyan.

The village mayor, in turn, last year appealed to the Ministry of Energy and Natural Resources, presenting the residents' demands, to move the towers of the power lines that pass over their houses to other areas.

"We were told that the ministry doesn't have such financial means, and the village administration also must make investments, but we too are unable to make such huge investments," said the deputy mayor, SurenBaghdasaryan.

In the last decade, several hotels, casinos, and other establishments were built immediately next to the high-voltage power transmitters adjacent to Zovouni. Asked whether permission was granted prior to building these establishments, head of the high-voltage electrical substation adjacent to Zovouni Armen Sargsyan preferred not to answer, saying it was outside the scope of his authority, while Yuri Hovhannisyan said they were built illegally, without the permission of the electric networks management.