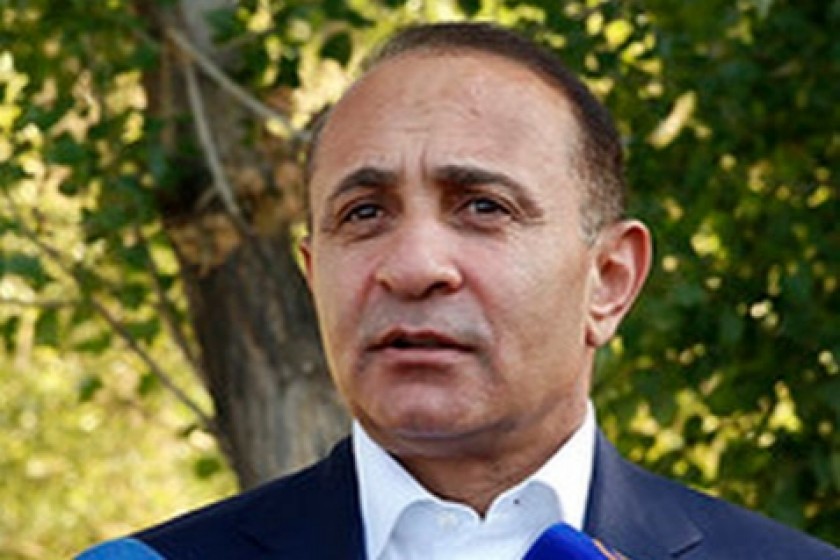 Artashat Plaza Ltd is building a large shopping center in the middle of the town of Artashat. Mayor Gagik Mouradyan told Hetq that two parcels of land located at August 23 Street (1,200 square meters and 977 square meters) were sold at auction to the company. The first was purchased in 2010 for 5.972 million AMD, and the second in 2012 for 4.866 AMD. Construction permits for both were issued in 2012.

In April 2014, the company reverted to Julieta Abrahamyan. Mkhchyan resident Avag Hovhannisyan is the company director.

In an August 27, 2014 article, Hetq described how this company avoids paying its full complement of tax by concealing sales revenues.

The building used to belong to Armenian MP Melik Gasparyan until his death in 2009 in a car accident. 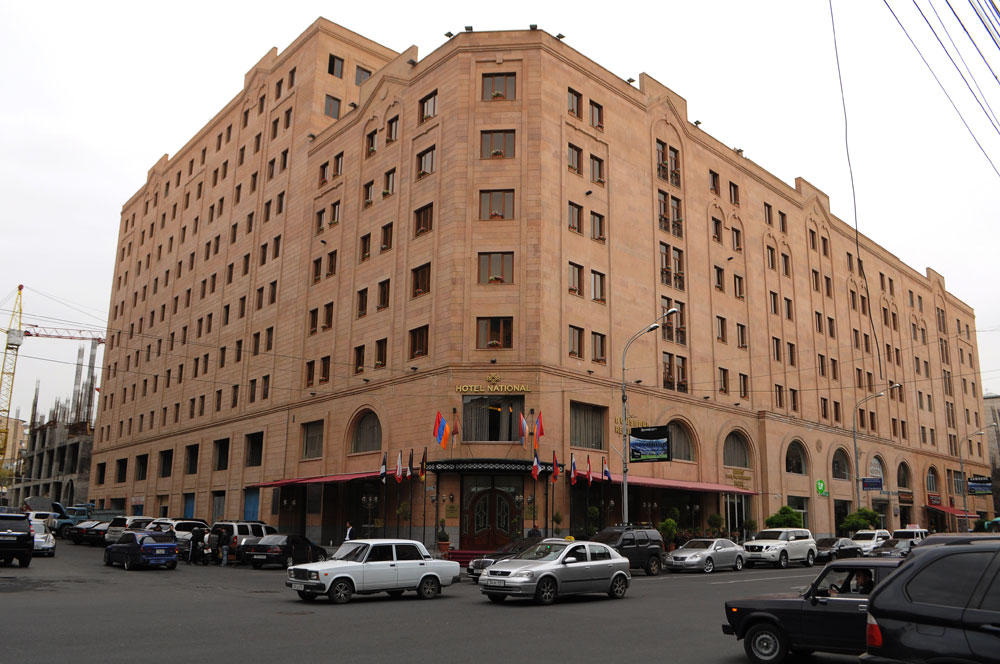 Imperium Group Ltd., established in February 2014, is also registered at the same address. It’s fully owned by Argam Abrahamyan who serves as its director.

While Gasparyan told Hetq that he was indeed the company director, he said that Dalar Bardi isn’t engaged in any business activity at the moment and that hasn’t decided what sector to get into. When Hetq asked Gasparyan how many Abrahamyan family businesses he runs and how many are registered under his name, he lost his temper and shot back, “Why should I tell you anything. You’re neither a state examiner nor the police.”

The Prime Minister’s Son and Relatives in the Mining Sector

Another Argam Abrahamyan company, Argamik Ltd., had been conducting geological explorations in the area in the past.

Argamik Ltd. is engaged in mineral extraction and exportation, stone polishing, fish farming, and transport services, among others.

Djuli Ltd. is also engaged in retail and operates stores in Artashat and other communities. The company was founded in 2012 and is fully owned by Argam Abrahamyan, the prime minister’s son. Robert Gasparyan is company director.

Aram Osikyan, who serves as director of Argamik Ltd., is 100% owner of Assat Ltd., another company engaged in mining.  In 2013, Assat Ltd. was issued a mining license for gold in the Karaberd area of Lori Province. In 2004, it received a license to extract gold at the Kakavasar mine in Vayots Dzor.

The friendship between Armenian Prime minister Hovik Abrahamyan and Aram Osikyan stretches back many years, and it cannot be ruled out that the prime minister or his relatives are linked to Assat Ltd.

The prime minister‘s brother Henrik Abrahamyan is also active in the mining sector. He owns 30% in Avazahatik Ltd., a company that was issued a permit in 2012 to operate a sand mine in the Noramarz community of Ararat Province.

Noramarz Mayor Sargis Galstyan told Hetq that the municipality signed a twelve hectare lease contract with the company but that only one hectare is devoted to sand extraction.

“The sand is extracted from the river, not the land. The company pays 200,000 annually for the twelve acres,” Galstyan said.

Hovhannes Abrahamyan, son of Henrik Abrahamyan, also owns sand mines. He owns 100% of Metzn Hovnan Ltd. which operates the Araks Sand Mine in Ararat Province community of Araksavan. Sand is directly extracted from the River Araks that forms the border between Armenia and Turkey. 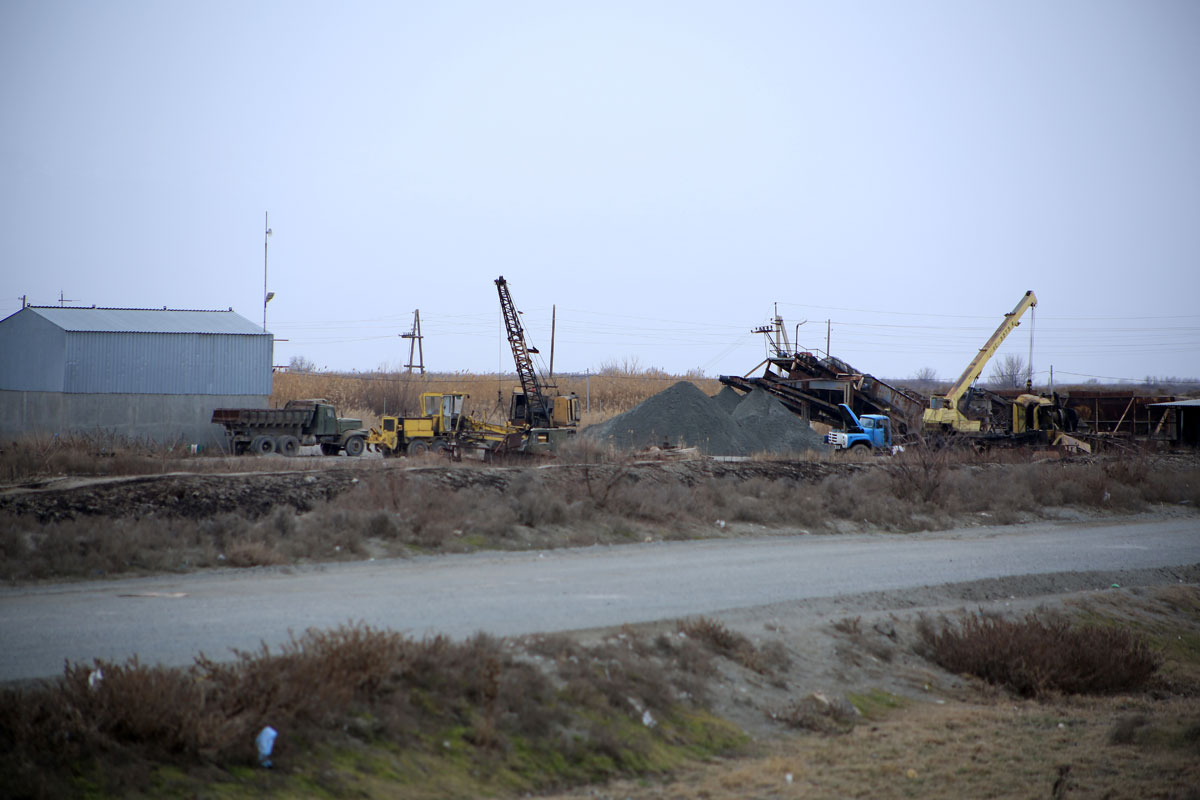 Araksavan Mayor Atom Tadevosyan told Hetq that the company leases three hectares of land zoned for mining for which it pays 247,000 annually. The company also owns 1.6 hectares in Araksavan.

Paramount Gold Mining Ltd. is the only company where Hovik Abrahamyan’s name appears as a founder on the official registry. At the time, he served as chief of staff to the president.   Other names that appear as founders are former MP Tigran Arzakantsyan, Bagratouni Barseghyan, and Gagik Khachatryan (not the Finance minister-ed). Later, AmeriaBank CJSC also became a founder in 2010. Tigran Arzakantsyan remains the only shareholder today.

In 2010, Paramount Gold was issued a mining license for the southern portion of the Meghradzor gold field in Kotayk Province. The license was extended in 2012.

However, according to a July 18, 2012 article in Metal Mining Wire, Sberbank Capital, a subsidiary of Sberbank of Russia, acquired 49% of the shares in Paramount Gold Mining CJSC and that Tigran Arzakantsyan retained 51%.

The Sale of Luxury Items and Accessories 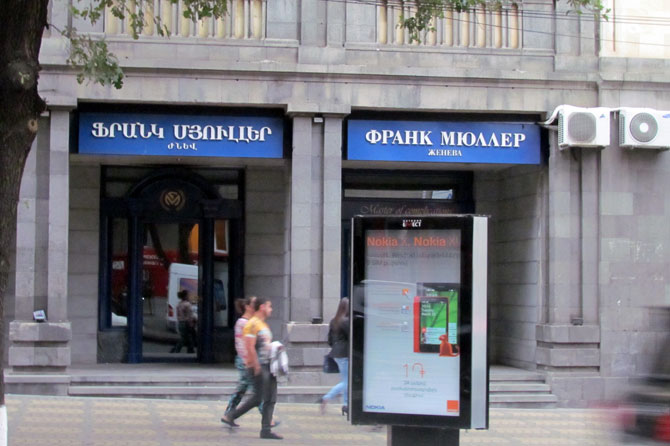 Abrahamyan and Tsaroukyan also own the same percentage of shares in Ayrsirkap CJSC. According to information we’ve culled from a taxpayer search, Franck Muller Distribution has temporarily ceased operating.

Argam Abrahamyan and Gagik Tsaroukyan each have a 25% share in Fortsa Ltd.  The remaining 50% is owned by Moscow resident Gohar Papyan and her children Rafayel and Narineh Papyan. They are famous for selling brand name watches and expensive jewelry in Armenia and abroad. The Papyans own the Louvre store, also selling similar items, in Yerevan. Raffi Papyan has also opened Raff House, described as a purveyor of quality watches and fine jewelry for connoisseurs, in Moscow.

Fortsa Ltd. was established in 2009, and Gohar Papyan serves as director. Hetq asked Narineh Papyan to describe the business activities of Fortsa, but she refused to answer. The company is registered at 21 Toumanyan Street, Yerevan, where there is a store selling Time brand watches. A salesperson told Hetq that the store was established by TIMELESS LLC, a company owned by the sons of Armenian Minister of Finance Gagik Khachatryan.

Mkhchyan Fish Food Ltd. is registered under the name of the prime minister’s brother, Henrik Abrahamyan, and is a major of fish feed. Established in 2010, it has opened a number of fish farms in the Ararat Province village of Mkhchyan and neighboring communities.

In August of 2014, Mary Abrahamyan established the individual proprietorship “Mary Fish”, registered at their home address.