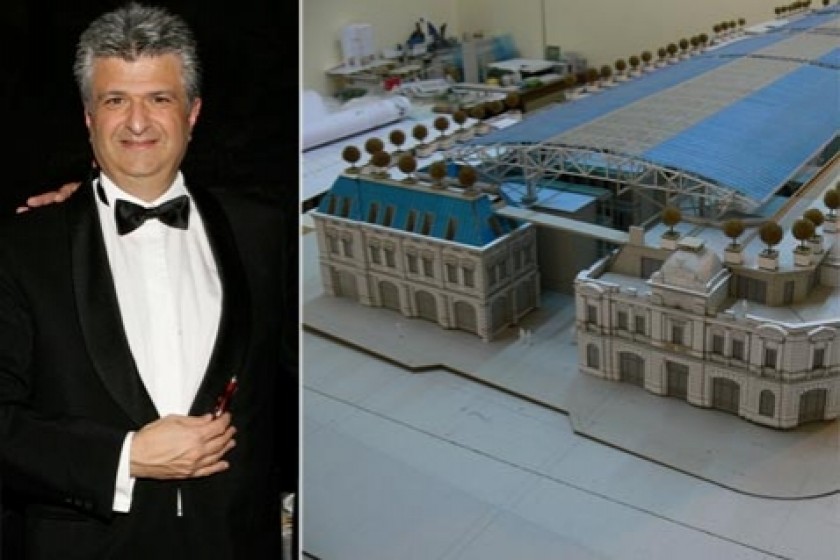 Vartan Sirmakes, chairman and co-owner of luxury watch brand Franck Muller, will be financing the “Hin Yerevan” (Old Yerevan) construction project slated for downtown Yerevan that is estimated to cost between US$120-130 million.

Swiss resident Sirmakes, who was born in Istanbul, also serves as Armenia’s consul general in France (Marseille). Sirmakes is a large shareholder in ArtsakhBank. He founded and is the sole shareholder of ArmSwissBank.

Armenia’s Minister of Urban Construction yesterday signed a deal with MultiContinental Distribution, the company that will assume financing for the Hin Yerevan project to begin next year.

MultiContinental Distribution LLC, registered in London, is fully owned by Chrono Star International Participations Groupe Franck Muller S.A. according to a document filed at the Great Britain Corporate Register and located by Hetq.

Old City CJSC, a recently formed company fully owned by Vahe-Vasgen Yacoubian, will be doing the actual construction of the project.

Some 100 addresses in downtown Yerevan have been listed as eminent domain properties to be expropriated by the government.

Initially, the companies Glendale Hills and EMC were chosen by the government to do the construction, but on November 6 of this year the Armenian government proposed that the two hand over the rights to Old City. (Yacoubian also has a stake in Glendale Hills; a building and construction company).

Armenia’s Ministry of Urban Construction is responsible for drafting the blueprint of the project.