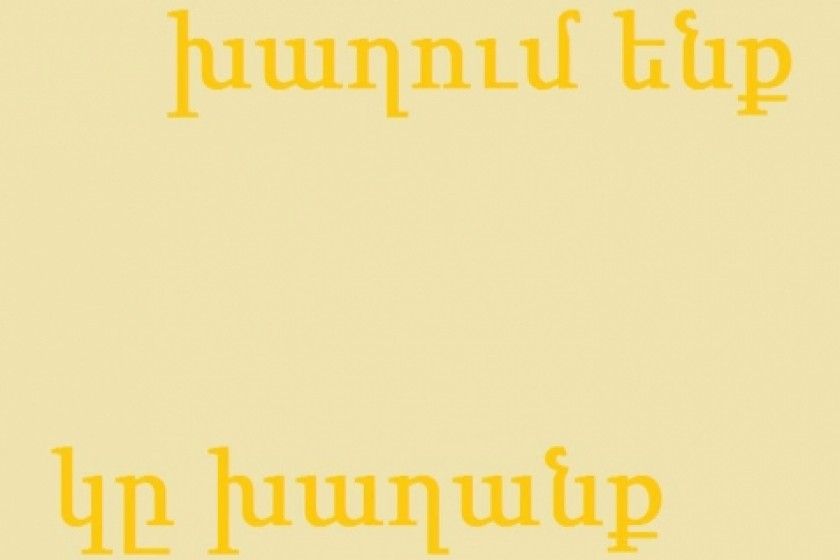 One Nation, How Many Aspects of Culture? Armenian Diversity

Not too long ago, I had an “e-mail fight” with someone I don’t know.

To call it a “fight” would be an exaggeration. Rather, we had a heated discussion back and forth via e-mail, having found each other through a mutual acquaintance who wisely slipped out of the conversation.

This has all turned out to be quite academic, yes, maybe a little boring. But it is important to bear in mind, for example, when it comes time to teach and learn the language. If I sign up for an Armenian course, then I’m afraid I have to make a choice, or two or three separate choices. Moreover, if I decide to teach the Armenian language as a course, then I doubly have to make sure to pick one of the sister languages. Or perhaps I could teach both, along with Classical Armenian, if there is time. This is simply a practical reality.

It’s the sort of practical reality that many Armenians from outside Armenia face in Armenia almost every day. I remember a Diasporan, who has been living in Yerevan for a long time, once mention that what she missed from Los Angeles was the diversity. I agree. It’s a dream come true to have an Armenian homeland, but – to put it in a banal way – good, authentic Korean food is hard to come by here. Less banal, more to the point: the ethnic, religious, and linguistic homogeneity of society in Armenia extends not just to people staring at blacks on the street, but also to a lack of appreciation of Armenian diversity.

Yes, Armenian diversity. It sounds like a funny phrase, but I claim that the very designation of the Armenians as a nation is by virtue of the fact that there is a great deal of diversity within those individuals who identify as Armenian. Otherwise, the Armenians might as well have been simply a community or just a tribe.

There is linguistic diversity among Armenians, as mentioned above. Each of our unwritten dialects is precious – so many of them having fallen victim to the Armenian Genocide, by the way. Besides the dialects, Eastern Armenian and Western Armenian each bear a rich literary heritage, to say nothing of the literature of Middle Armenian or the Classical Armenian that was the standard for a millennium and a half. It is a real pity that the Armenians of Armenia are exclusively acquainted with Eastern Armenian written in the Soviet orthography. Why can’t our schools at least have introductory classes about Western Armenian, Classical Armenian, or at the very least classical orthography?

There is religious diversity among Armenians. It is rare to find Armenians who are not at least nominally Christian – although there are plenty of atheist Armenians, alongside so many stories of Muslim or Islamised Armenians coming out of Turkey in recent years. But even Armenian Christianity has a great wealth that many in Armenia do not know about. Etchmiadzin is surely the centre of the faith, but the significance and the role of the Catholicos of Sis, now in Antelias in Lebanon, and of the patriarchs in Constantinople (Istanbul) and Jerusalem are seldom discussed in Armenia.

What is more, there is a centuries-old Armenian Catholic tradition, most pointedly visible through the Mekhitarist Congregation in Venice and in Vienna and the incredible publishing and education work done by them through the 18th, 19th, and 20th centuries, up to today. Do most people in Armenia know that there is a Mekhitarist school in Yerevan? Do they know about the Armenian Catholic Sisters who do such wonderful work with young people in Gyumri?

The Protestant Armenians are a relatively new phenomenon, arriving with American missionaries to the Ottoman Empire in the 19th century. What is now the Armenian Evangelical movement spearheaded modern education and science among the Armenian population at the time. That was an important source of enlightenment especially for the Ottoman-Armenian provinces, the interior regions.

I know that many people reading this will be upset to hear about Armenian Protestants and Armenian Catholics side-by-side with the Armenian Church. But if the authorities of the Ottoman Empire did not bother to distinguish among them when massacring our ancestors a hundred years ago, then I do not care to draw any lines when celebrating the diversity of our heritage today.

Another aspect of Armenian diversity is that of cuisine. The Armenians of Iran have specific dishes in their tradition, while the Armenians of Ottoman descent – in the Arab world, in Turkey, in Bulgaria, in Greece and Cyprus (and their descendants elsewhere) – have their own favourites. For Armenia, however, the Russian Empire was probably not as conducive to developing a specific culinary tradition; certainly the Soviet Union was not, at least not until the immigration waves of the 1940s on. It is nice to see restaurants opening up in Yerevan since independence and in particular since the recent influx from Syria of what could be called “Ottoman-Armenian cuisine”. But it still seems strange for many Diasporan Armenians to hear, for example, wrapped grape leaves being called “dolma”, rather than “sarma”. The latter means “wrapped” in Turkish, whereas the former means “stuffed”. So for Armenians whose ancestors come from the Ottoman Empire, only stuffed vegetables can be called “dolma”. This is, of course, a small, rather insignificant thing, but it reflects the general lack of awareness about the wider Armenian nation in the Armenian republic.

The main reason why that awareness is lacking is simple: there are very few people who speak Western Armenian in Armenia, very few Armenian Catholics and Protestants, almost no public writing or signage written in classical orthography. But I fear there is a general lack of openness among many in Armenia to things that are different, that are new, that are strange. This is characteristic of all small, closed societies. The Republic of Armenia is a relatively small society, yes, but it is a part of a relatively large nation. There should be an openness towards the various cultural expressions of the nation in the republic. Surely the widespread rejection of homosexuality in Armenia, for example, is understandable as a reaction to Western diversity, Western cosmopolitanism. But shouldn’t the Republic of Armenia accommodate Armenian diversity, Armenian cosmopolitanism? We are a global people, I’m afraid. The secret to Armenian survival for centuries has been that very cosmopolitanism, whether or not some Armenians may like or appreciate it.

The only geographical area on our planet that reflects Armenian diversity well is Southern California, where Armenians from all over the world have moved over the past many decades. Funny things have happened as a result, such as a story a friend of mine told me. She got new Armenian neighbours, and, herself being an Eastern Armenian speaker, she introduced them to others as her “harevan”. They were Western Armenian speakers, however, and the more common word for “neighbour” in the sister language is “tratsi”. They got upset, because they thought they were being called “hayvan”. Ironically, this is a word not in Armenian, but in Arabic, Persian, Turkish, meaning “animal”, taken to be an insult. Our roots call out to us from the Middle East, it seems, no matter how far we go.

It would be very encouraging to have better conditions in the country for the expression of all elements of Armenian diversity, and the development of new ones. We must acknowledge, accept, and appreciate our diversity as the legacy of a truly rich, ancient national heritage, and as a source for our future development in many different directions.

Nareg Seferian received his education in India, Armenia, the United States, and Austria. His writings can be read at naregseferian.com.