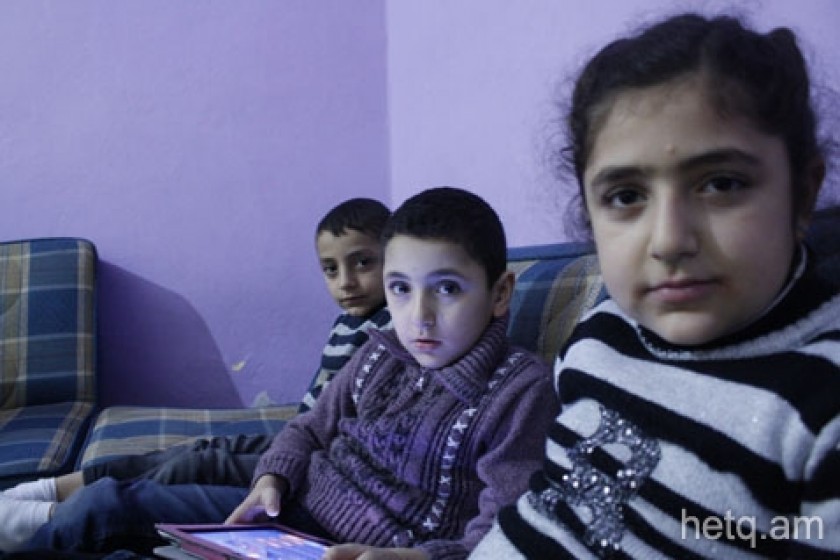 Broken Dreams: Family Flees War in Iraq Kurdistan for the Diaspora, Not Armenia

“When it was snowing, my son went out to play. But it was cold and I’m called him to come home. Armenia is our father. So why doesn’t he call us inside?”

The above rhetorical question is posed by Movses Sarkisian, who left Iraqi Kurdistan for Istanbul.

Movses says that his cousin returned to Erbil after staying in Armenia for four years. He told Movses that in Armenia they called him a foreigner and a gharib (stranger) who had grown up among Turks.

People in Armenia are tired. Young people are looking for work in Europe. Everyone is leaving Armenia. Only the women and girls are left,” Movses says with a sigh. “We also felt like outsiders in Iraq. I am angry at Armenia. Why didn’t they take us in? Why didn’t they leave us outside for so long?” 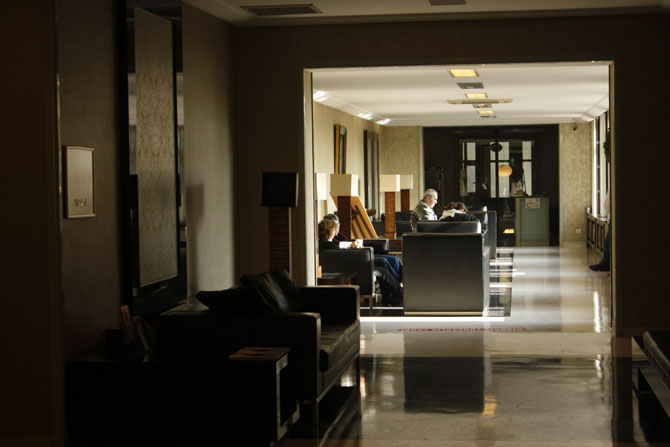 Movses, his wife and three children left the Dohuk region some six months ago. It’s been the fourth time. His family history starts in the village of Arou in the Shirnag (Şırnak) province in south eastern Turkey near the Iraqi border. Movses says that the entire population is Kurdish speaking and that Armenians from Arou speak Kurdish as well, regardless of whether they now live in Australia or Canada.

The Sarkisian family speaks Kurdish at home. None know Armenian except for a few words here and there.

During the 1915 Genocide, Movses’ ten year-old grandfather miraculously survived and fled towards the town of Zakho near the Iraqi border. There, he met his future wife, a member of the native Armenian community. The couple then moved to Dohuk, some 30 kilometers away. Movses’ wife is also an Iraqi-Armenian from Zakho.

In Istanbul, Movses has rented an apartment in a building in the neighborhood of Samatya, where there are many Armenians. The screeches of his three kids – Yerjan, Tania and Hovig – emanate from the corners of the dark uninviting rooms. They now attend class at a local Armenian school.

His wife, Seta Nersisian, smiles and tells a neighbor that they have a guest from Armenia. The only words she can say in Armenian are, “I am Armenian. My family is Armenian.”

The family says they chose Istanbul because it is a cosmopolitan city with many Armenians living there. In addition, Movses says that the people are kind, and that they all help him out - whether Turks, Armenians, or Kurds – and that they are even more helpful when they hear he escaped the war.

Movses is a sculptor who works with wood and stone. He boasts that, just like Leonardo da Vinci, he comes up with his own designs and mentions a unique water tank he made that was displayed in Paris. He also writes poems and songs; mostly in Arabic and occasionally in Kurdish. His wife used to teach Kurdish at school.

The first time Movses left home was at the age of nine in 1973 during the Kurdish uprising in Iraq. Holding back tears, Moves, now past fifty, recounts how he was left on the side of the road because there wasn’t enough room I the car. “There were 7-8 people in the vehicle and the driver said there wasn’t any room.”

Movses’ father, who passed away twenty-five years ago, had five sons. Movses never raised the issue of being abandoned with his parents. He figures that his father took the decision to abandon one of the sons so that the other four could live. 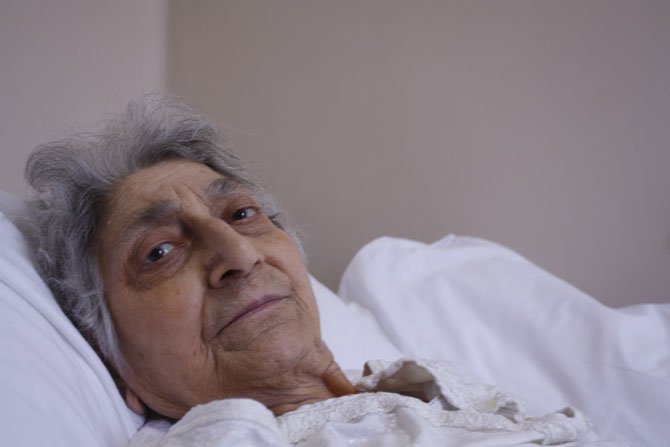 Movses’ mother, Elvin Kiroian, suffered a broken hip back in 1990 when U.S. planes were bombing northern Iraq. She flew while running down the stairs to an underground shelter.

It was difficult moving his mother because they didn’t have a wheelchair. After relocating, however, the woman is receiving free medical care at the Sourp Prgitch Armenian Hospital in Istanbul.

I visited Elvin Kiroian, who was born in Zakho and learnt Armenian at the local school (there’s also an Armenian church there). 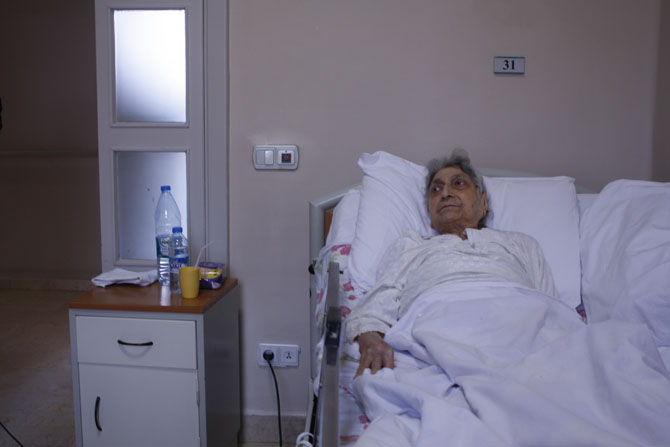 “My mother and father dreamt of one day going to Armenia. They regarded Armenia as the Jews look towards Israel,” says Movses. “They thought that perhaps our children, if not us, would go to Armenia to live. But all that is water under the bridge.”

“If Armenia had empty space, many people would come from Iraq, Syria and other places. Ten years from now, Armenia would be a different country,” says a teary-eyed Movses. “But all that’s gone with the wind.”

Movses’ brother Mardiros, who has come to Istanbul to help, remembers the story his father told him about the officials who came to Iraq in 1946 inquiring about how many Armenians lived in the north of the country. (Reference is to the repatriation of Armenians to Soviet Armenia). 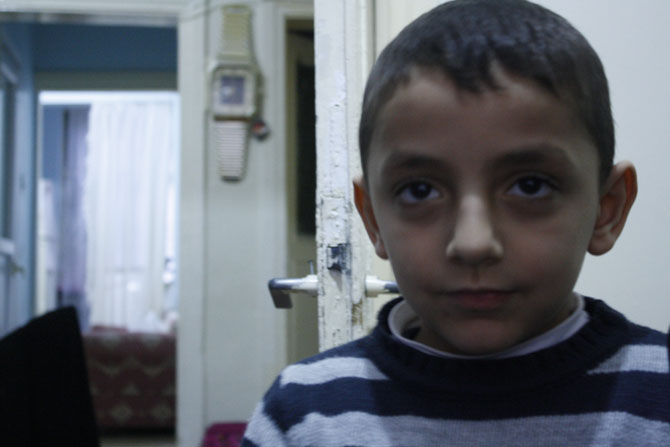 “But they left and never returned because Iraqi officials didn’t let Armenians leave. But the Jews did,” says Mardiros. “My mother always remembers the Jewish adage that they constantly said – that they would go to Israel but that we would not go to our Armenia.”

Mrs. Kiroian says that the Jews sold everything possible and left for Israel; their promised land. “But we couldn’t. Do you know Kurdish?” she asks me. Hearing that I do not, she goes on, “Better still. Yerevan is our place, the place for Armenians. The Kurds shouldn’t know.”

Speaking of his decision to leave Iraq several months ago, Movses says he got passports with Turkish entry visas and fled within an hour.

“We couldn’t take much of anything, not even the little cash we had saved. I left it with relatives.” 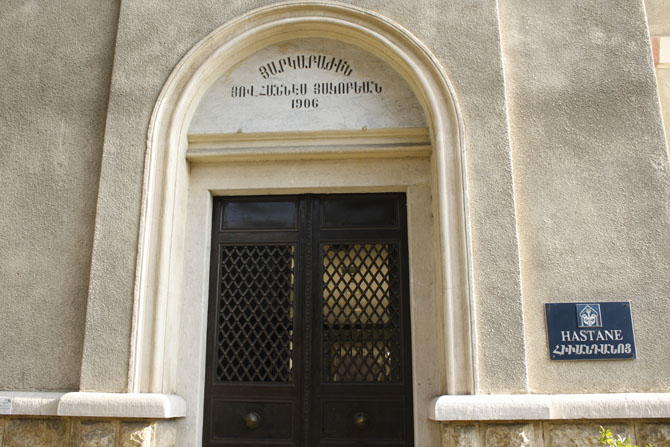 Movses says there are forty Armenian families in Dohuk and around the same in Zakho.

“This time, we were the only ones to flee. Most of the others have no passports. Others are so rich that they can’t leave their possessions behind.”

The family still doesn’t know where they will end up. But Armenia isn’t an option. Their dream about Armenia has gone up in smoke.

“Do you know what it is like to have a dream that is broken?” asks Movses. “It’s a heavy emotion, very heavy. Because you know there is no hope afterwards.”