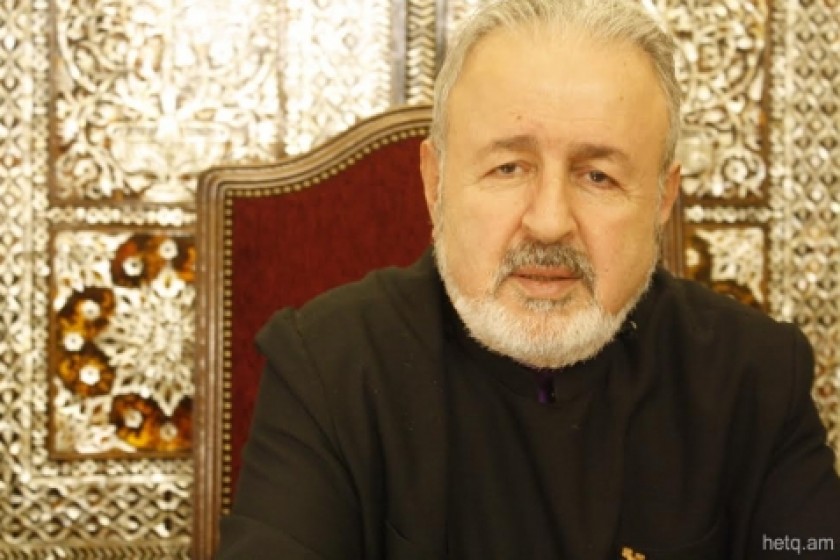 After being in Istanbul for a few months, I get the impression that the Armenian community in Turkey Armenia isn’t all that connected to Armenia.

Long before Armenia gained its independence, our community members had a desire to see the homeland and to visit our compatriots there. Afterwards, singers, song and dance troupes, intellectuals and other individuals came to Turkey and, of course, people from here visited Mother Armenia as well.

Armenians from Armenia living here get medical treatment in our hospitals to the degree possible and their children receive totally free treatment. We take care of the baptisms. If the deceased cannot be transferred back to Armenia, we take care of the services and bury them in our cemeteries. We also participate in the education these children receive at the Hrant Dink School. I have personally become involved in this matter in the last few months. So how can you say that the connection has been broken?

At the same time it must be said that when our compatriots from Armenia first came to Turkey our community members opened their doors to them but, unfortunately, several families were robbed.

Your Holiness, aren’t you making a judgment based on a few cases?

Naturally, there are thieves and robbers in every people and community, and you cannot accuse the majority for the acts of the minority. Our community was simply hurt by this.

When a period of mourning was declared in Armenia over the tragic death of little Seryozh Avetisyan in January, we expected some reaction to the incident here as well.

Of course there was a reaction. When the newspapers covered that matter for days on end, our community members were also pained. The Patriarchate instructed all its churches to perform a hokehankisd (repose of souls) service. But since we didn’t tell the newspapers about this, many never heard of it.

How do you see the future of Armenians in Istanbul?

First, as Christian Armenians our future are our churches and schools, our language and culture, our national and church values. Individuals however search for their future in the country where they were born and raised.

The question is often raised as to why Armenians in Istanbul do not speak Armenian that well.

One must not forget that Bolis was a center of intellectualism and that many famous writers were born here who played a significant role in preserving our language and literature.

A majority of our community hails from the provinces where there are no Armenian schools. Thus, they couldn’t learn their mother tongue. It’s not their fault. Most of those enrolled in our schools come from such families. True, while they may not learn the language perfectly, we are still pleased with the result.

Over the past 40-50 years most of the classroom instruction in our schools has become Turkish. We changed the language to Turkish so that the students could pass the college entrance exams in Turkish. They couldn’t by using Armenian. And this wasn’t only the decision of the principals. It was community wide. It was decided to keep Armenian language and religion classes in Armenian and the rest in Turkish.

But we have the example of the Syrian Armenians, where the level of Armenian speaking and preserving the language is very high.

Syria, for the Syrian-Armenians, was a free country without discrimination where they were able to preserve the language, religion and culture.

And what about the Armenians who come here from Armenia? When I talk to some of them in Armenian, they answer back in Turkish. I ask them, ‘Aren’t you Armenian? Why do you speak Turkish?’ Their answer is that they can speak Turkish better. How many women are like this? It’s not just one, two, or three. And many of those Armenians come here and marry Muslims. There are Armenians who cover their heads. They thought differently back in Armenia and completely change after coming to Turkey. Sure, there are mixed marriages in all countries, but we have seen a rise her recently.

If there are mixed marriages in the Istanbul Armenian community, why such a negative reaction when Armenians from Armenia marry Turks?

I didn’t use the word Turk, but rather mixed marriage in which people of all religions and faiths can be involved. If the issue is marrying Turks, I will say that our compatriots from Armenia, being born and educated there, who learnt Armenian history there and who had different ideas about them [Turks], regarding them as the enemy, in a word hating them, they came here and, besides looking for a job, married them. Why?

The matter of Islamized Armenians is often talked about. On different occasions you have stated that Christianity is a criterion for being Armenian.

I would say that Christianity is an inseparable part of being Armenian. Nationality and religion are inseparable for us. Who has given more martyrs in the name of Christianity than the Armenian people?

But the grandfathers and grandmothers of many of those people were Armenian like you and me.

How can an individual prove that he or she is Armenian? The answer is a baptismal certificate. Should we accept them just when they state ‘I am Armenian’? The government of Armenia requires a baptismal certificate when one files for citizenship. That’s the right thing to do. Neither our nationality nor religion should be for sale so cheaply.

Let’s assume that a person wants to be baptized in the church.

In that case, they have to submit a request to the Patriarchate, take lessons, change that section of passport to read ‘Christian’, get baptized and become a member of the Armenian Church. But they do not want to change their documents. They just want to get baptized.

In that case, why do they desire to get baptized?

It’s because a baptism certificate opens many doors overseas. They want to become a member of the Armenian Church but, on the other hand, to show that they are Muslim.  They want the flexibility to use both variants. If they go to Armenia or Europe they can use the baptismal certificate, while in this country they can play the Muslim card when it suits them. No one will accept this.

But you have reservations about Armenians who became Muslims in the late 1950s.

I have no reservations but hope because there are still Armenians in their midst; people who speak Armenian, who secretly make the sign of the cross. I have brought children and young people of those families, especially from Dikranagerd, to our schools here in Istanbul. The older ones have married other Armenians and all have been baptized and are members of the Armenian Church.