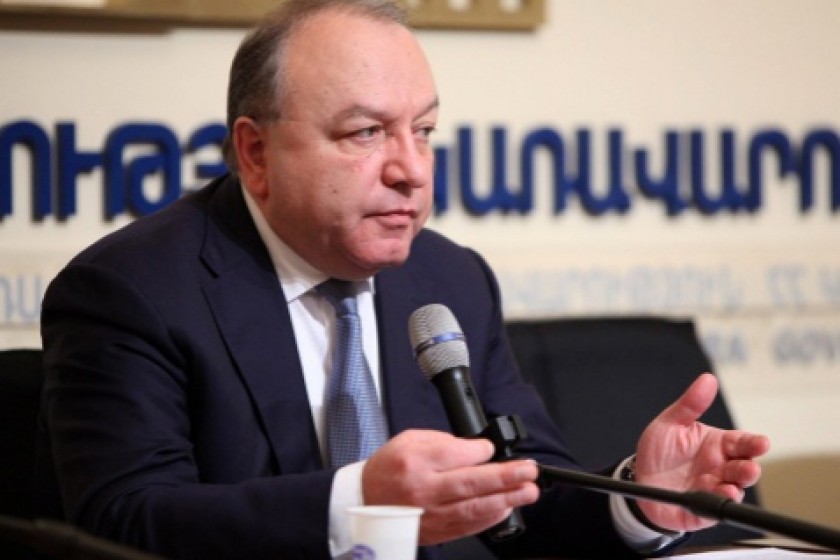 Bianco Dental Clinic, the company owned by Hrant Dumanyan, son of former Armenian Minister of Health Derenik Dumanyan was awarded the contract based on the following stipulation of the “Law on Procurements”:

Article 23. Conditions for use of single-source procurement

Bianco was founded in May 2011 and is solely owned by Hrant Dumanyan. The clinic’s director is Kamsar Kostanyan, a relative of Derenik Dumanyan’s wife Anahit.  Artour Dumanyan, another son of Derenik Dumanyan who currently serves as an assistant to the head of personnel of the Ministry of Health’s Food Safety Service, is also affiliated with Bianco.

Contracts were signed with Bianco both when Derenik Dumanyan served as minister and afterwards.

Gurgen Dumanyan, the eldest son of Derenik Dumanyan, currently serves as the first deputy to Davit Harutyunyan, the Armenian government’s chief of staff. Gurgen Dumanyan owns 10% in the Fauna Zoological Garden established in 2005. The other 70% is owned by Artour Khachatryan, a person involved in Armenia’s trade of endangered animals that Hetq has extensively covered.

As stated in its charter, Fauna is engaged in the retail trade of mainly foodstuffs, beverages and tobacco products in non-specialized stores.

Gurgen Dumanyan, a former director of the Ministry of Health’s “Health Programs Implementation Office”, also owns shares in a number of companies temporarily not operating.

Derenik Dumanyan’s family also has its fingers in the tourism sector. Prior to 2012, his wife Anahit owned 25% in Yan Voyage. This company signed an air services contract with the Procurement Assistance Center SNCO in October 2013.

The company was founded in 2010 and operates as a tour operator in addition to offering real estate purchasing services in Armenia and overseas.