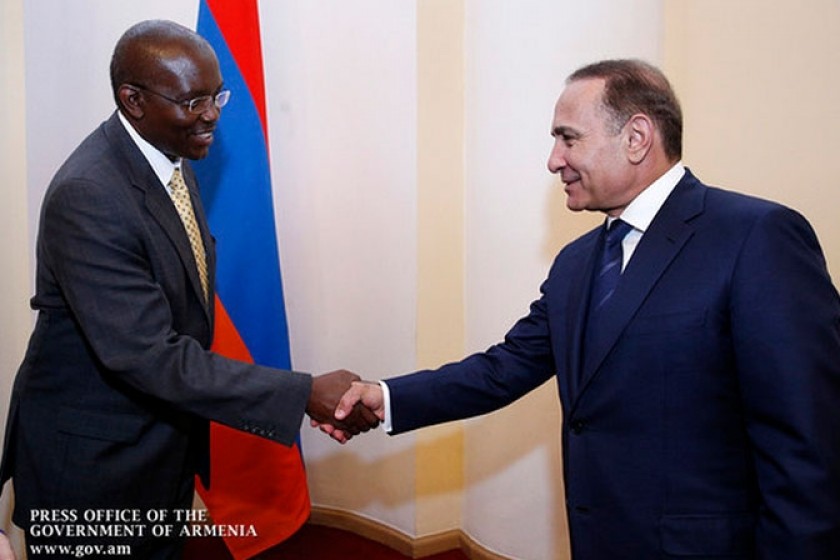 World Bank Responds: ‘People Not Displaced Due to Our Projects’

The World Bank yesterday rejected the findings of a recent International Consortium of Investigative Journalists (ICIJ) that projects funded by the World Bank have physically or economically displaced an estimated 3.4 million people over the last decade.

On April 17, Hetq covered the main findings of the ICIJ investigation (Evicted and Abandoned),   in an article entitled, “World Bank Project Displaces 440 People in Armenia According to ICIJ Investigation.”

The investigation claimed that an estimated 440 people in Armenia have been physically or economically displaced by the World Bank’s “Electricity Supply Reliability Project”. In addition to the above project, the ICIJ claims that another three World Bank (WB) projects in Armenia have been cited as having confirmed or possible displacement between 2004 and 2013.

“Evicted and Abandoned” is a global investigation that reveals how the World Bank Group, the powerful development lender committed to ending poverty, has regularly failed to follow its own rules for protecting vulnerable populations.

What follows is the response of Henry Kerali - World Banks’ Regional Director for the South Caucasus: Armenia, Azerbaijan and Georgia, Europe and Central Asia.

In response to the article in Hetq on April 17, the World Bank would like to explain and clarify the World Bank policies that apply to resettlement, and provide detailed information on each of the four projects mentioned in your article. None of the projects mentioned in your article, which is based on an inaccurate and misleading report by the International Consortium of Investigative Journalists (ICIJ), have violated the World Bank safeguards policies. We strongly reject many of the claims and assertions made in the ICIJ reporting.

The World Bank’s safeguards policies are rigorously applied during preparation and implementation of each project financed by the World Bank. The objectives of the Policy are to: a) avoid resettlement where feasible, or minimize it, exploring all viable alternative project designs; b) where it can’t be avoided, plan resettlement activities to enable the persons affected to improve their livelihoods and standards of living or at least to restore them, in real terms, to pre-impact levels and c) to actively participate and be informed throughout the process. It must be noted that these requirements usually go well beyond the country’s own land expropriation procedures.

Each of the projects described below has followed the policy provisions, as required. More specifically:

1.The Electricity Supply Reliability Project. The project includes acquisition of around 220 private land plots along the electricity transmission line, but no physical displacement of people has been required.  All land acquisition is undertaken according to the project Resettlement Policy Framework (RFP) and Resettlement Action Plans (RAPs), which are in different stages of preparation and implementation and are publicly available at the website of the High Voltage Electric Networks of Armenia (www.hven.am).

The Project operates a grievance redress mechanism that invites all affected people to submit complaints about any issues related to the implementation of the RPF and RAPs.

2. The Irrigation System Enhancement Project.  No physical displacement of people has been required in this project. Though the structures and the routes of the irrigation pipelines being built or rehabilitated under this project have been designed to reside on mostly state-owned property using existing rights-of-way, in some cases agreements from community leaders (for communal lands) and from some private owners (for both temporary land use during construction and permanent use i.e. buried pipe under one’s land) have been needed. Even though such cases are few in number in relation to the total length of these pipelines, the process to achieve these agreements is carefully monitored and documented by the Government and supervised by the World Bank.

The project is in early implementation stage, however, the social impact is expected to be positive as the construction/rehabilitation of the targeted irrigation systems will increase the productivity of farmers and enhance their livelihoods. Temporary employment is generated for the local population at the works locations.

3. The Lifeline Road Network Improvement Project.  This project will improve access of rural communities to economic and social services through upgrading of selected lifeline roads, and create jobs in rural communities through the project works. To date, there have been no cases of private land use or acquisition under the project and no physical displacement of people has been required. Social data are collected on the selected rural communities both prior to the road rehabilitation works and after their completion, to analyze impact on the population of affected communities and conduct monitoring of the living standard of population as a result of the project.  Progress with implementation for the initial stage is assessed as satisfactory.

4. Additional Financing to the Irrigation Rehabilitation Emergency Project. No single case of resettlement/acquisition was proposed, as the project was rehabilitating existing canals only, and no physical displacement of people has been required. Although some rehabilitated parts of canals passed through villages, no temporary or permanent restriction of the property use occurred as contractors had sufficient access to canals from the service roads that ran along one side of the canals. Also, no fruit trees or other objects had been removed during construction as had been anticipated in the project design.

The project closed on June 30, 2013 and its results and outcomes are reflected in the Implementation Completion Report.

The Bank was the first among international development agencies to establish a policy in 1980 to mitigate the impact of involuntary resettlement on the affected communities.

It is important to note that in the vast majority of Bank-financed projects, resettlement means an easement or minor land acquisition, and people can remain in their homes.