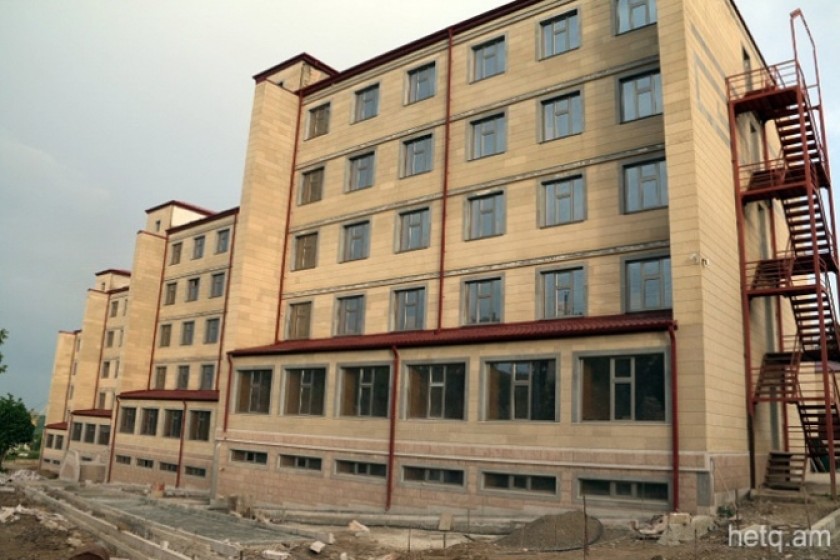 Artsakh’s Shoushi: Trying to Regain its Prominence as a Center of Learning

The Artsakh town of Shoushi is gearing up to accept students from Armenia’s National Agrarian University to its new branch that up till now has been located in Stepanakert, the capital of Artsakh.

The new branch consists of four buildings that will accommodate 1,700 students and employees. A student dormitory will soon open its doors as well.

To spur the development of agriculture in the country, the long-term plan is to build a learning/experimental unit of the Agrarian University in the southern region of Hadrout in the Arax River valley.

Next to the university branch in Shoushi a vocational trades school named after its French-Armenian benefactor Yeznig Mozian is being built. Shoushi Mayor Artzvik Sargsyan says construction of the school is already four months behind schedule. The former contractor was cited for various contract violations and had accumulated debts. He was thus removed. The mayor says that the contractor has promised to get the vocational school ready for the fall semester but confesses that much remains to be done. This reporter saw evidence of this at the site. There are three schools operating in Shoushi today (a senior, primary and high school), two kindergartens, a music school, and one teachers’ college. With financial assistance from a benefactor, there are plans to build another kindergarten for 100 children.

It seems that Shoushi, a town once known for its schools, is trying to regain its position as a center of learning.

Cultural life in Shoushi is also on the rise. There are four museums now open to the public – art, carpet, geological and stone.

These institutions and the plethora of stunning natural landscapes and other points of interest are factors in the rise of tourist numbers to Artsakh. According to Shoushi Mayor Sargsyan, tourists are attracted to the Ghazanchetsots St. Amenaprkich Church, St. Hovhannes Mkrtich Church (Kanach Zham), the mosques and, of course, the Shoushi citadel.

All Islamic monuments are under the protection of the state. The roof of the Upper Mosque has been repaired and the site cleaned. The mayor says that while the mosque is locked, it’s on the tourist route and can be opened when necessary. The town’s medrese has been fenced off and portions are being painted. The mayor says that a Kazakh benefactor is financing the renovation of Nikol Douman Street (which runs from the municipality to the Upper Mosque). New sewers and potable water pipes are being installed as well. Shoushi’s Lower Mosque is the only Islamic monument not being supervised. 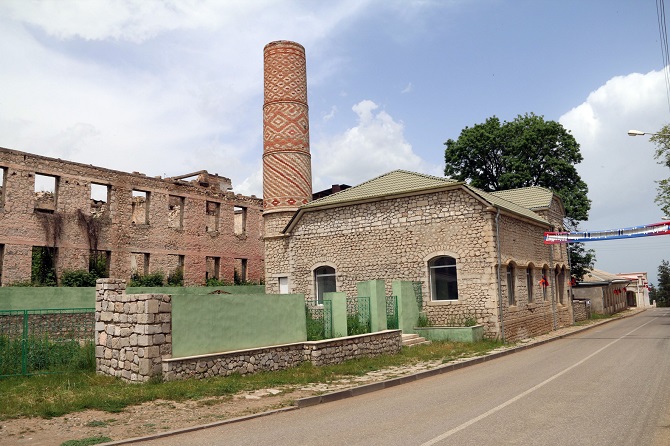 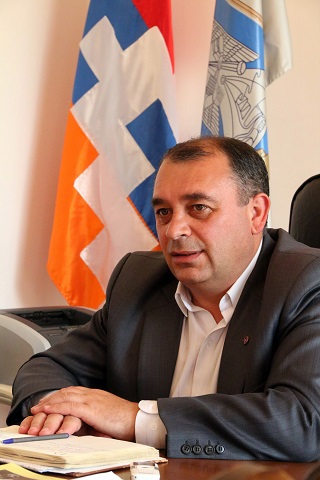 Nevertheless, Mayor Sargsyan claims that there is no outflow from the town. People may leave for work overseas but they always return.

Sargsyan says that apartments in Shoushi continue to be sold and purchased.

Many who are selling obtained one or more apartments without paying a dime when the town was liberated.

They then obtained property deeds for the apartments and are now selling them.

The demand for apartments is based on the new branch of the Agrarian University opening this fall and the fact that the dormitory will not be able to house all the students. When I asked the mayor if there are enough apartments to house, for example, incoming Armenians from Syria, Sargsyan replied that he’s raised this issue since 2006. (He served as a MP in the Artsakh National Assembly from 2005-2010).

The mayor said there were many ruined apartments that are now locked up. They had been allocated to people on condition that they renovate them. “All they did was take possession, install a door, and lock the place up,” the mayor said. “We can’t repossess them because they have been privatized.” 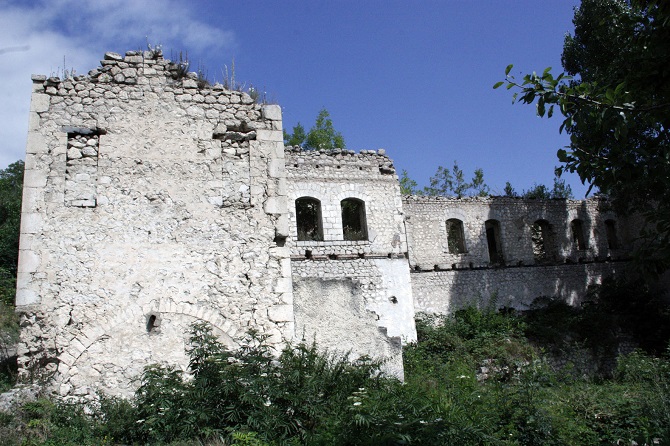 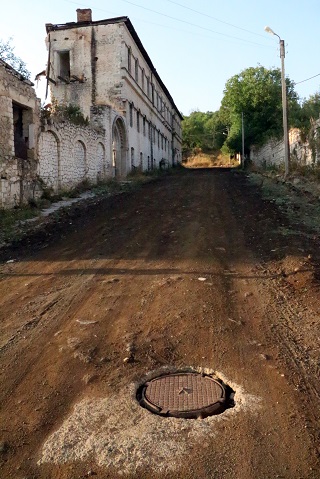 Aside from a few buildings and houses, all of Shoushi is supplied with natural gas. The mayor says the supply of electricity and water is now working normally.

His only concern is that the town lacks a water treatment facility. There used to be one but it hasn’t operated since the town was liberated in 1992. Mayor Sargsyan says that when it rains heavily the potable water turns cloudy. He says that he’s constantly raised the issue but that nothing has been down. Candidates in the recent parliamentary election in Artsakh even promised to resolve the problem. Only time will tell if they keep their promises.

60% of Shoushi receives water round the clock. People desiring such service must install water meters. One cubic meter of water costs 1,000 drams.

Garbage collection costs 120 drams per pickup, and Sargsyan says the price will not go up even though the municipality’s costs are going up since the refuse must be transported to Stepanakert for dumping.

Mayor Sargsyan likes to boast that there are no “bums” or “beggars” in his town.

He says that there used to be a woman called Anzhela whom he hired as a cleaning attendant in the utilities payment center. But she and her child continued to beg on the streets. Thus, the mayor was forced to send the adolescent girl to the orphanage in Kashatagh. Sargsyan then told the woman’s relatives what she was up to and they sent Anzhela and her girl to the town of Artashat in Armenia.