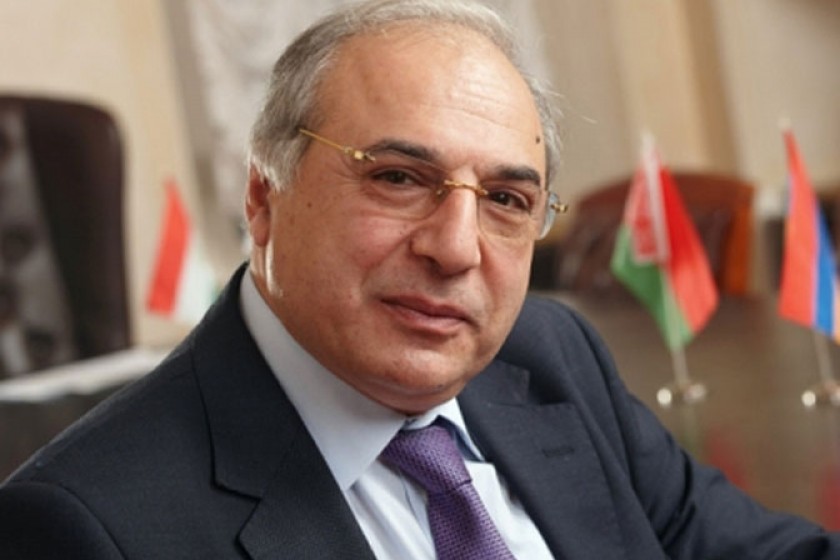 All this enabled to create the atmosphere of corruption which experts, participants, and the society of music lovers as a whole were foreseeing from the first round of the competition.

Two out of five finalists are the students of jury members: Iva Miletic is Igor Petrushevsky’s student and David Ardukhanyan is Sergey Kravchenko’s. Mariam Vardanyan, the third out of five finalists, is the student of Tatyana Hayrapetyan, Armen Smbatyan’s mother. According to the angry audience, experts, and music lovers who are deeply dissatisfied with the low level of the finalists’ performances, the third prize unfairly awarded to Mariam Vardanyan is Armen Smbatyan’s favour to his mother, while Pierre Frapier’s prize was, in fact, a reimbursement for Armen Smbatyan’s son Sergey Smbatyan’s French Medal of Arts and Letters, received in June, 2015. In turn, Andrea Obiso’s prize was a sign of gratitude to IMG Artists Company, representing Sergey Smbatyan, the principal conductor of Armenia’s State Youth Orchestra and presented in the jury by Paolo Petrocelli.

Evidently, the success of each of the five finalists was neither random nor fair. Even less so, if we take into account the low level of performances that was not only inappropriate for winners of a competition, certified by the World Federation of International Music Competitions, but also was significantly inferior to many violinists who did not make to the finals: Meruert Karmenova/Kazakhstan, Leon Nicole/Venezuela, Areg Navasardyan/Armenia, Kim Yeokyung/Republic of Korea, Aiko Kamishikiryo/Japan, Elena Tarosyan/Russia, among others.

For example, Iva Miletic’s, 27, the first prize winner, overall musical skills correspond to her previous achievements in contests that are not certified by The World Federation of International Music Competitions, but in no ways to Aram Khachaturian Competition, having already acquired that status. Her first round, full of rhythmic, textual, and stylistic mistakes and reinforced by poor intonation, was followed by the technical failure of the virtuosic piece in the second round and by the poor performance of the sonata full of stylistic, rhythmical, and textual mistakes – a blunder unacceptable even for average level competitions. As a “prize” for failing the second round Miletic passed to the third one to surprise the audience, along with the international community, with her explicit inability to rightly interpret the musical ur-text in Mozart’s Violin Concerto 3 and with rude textual mistakes in Aram Khachatryan’s Violin Concerto. For the abovementioned achievements, Iva Miletic was awarded with the honorary first prize, 15 thousand American dollars, and the violin provided by Del Gesu Foundation.

After the low quality performance of the first prize winner, the average technical level and dull performances of David Ardukhanyan, 25, which again correspond to his previous achievements in averagely-ranked international competitions, seem mere innocent blunders.

In comparison, the technical imperfections of Andrea Obiso, 21, who shared the second prize with Ardukhanyan, may be forgiven, given his striking musicality and young age. However, judging by his biography, internationally renowned competitions did not as merciful.

Every competition, including a music competition, is a comparison. From this perspective, Pierre Frapier’s, 25, truly average performances which, again, haven’t captured the attention of prestigious international competitions, seemed brilliant, when compared with Mariam Vardanyan’s, 17, performances. She shared the third prize with him.

All of Mariam Vardanyan’s performances, right from the very first round, didn’t comply with the standards set by The World Federation of International Music Competitions. It is common for violin competitions, to test the participants’ sound-producing, technical, and rhythmic/stylistic literacy via Paganini’s Caprices and Bach’s sonatas or partitas. These performances revealed Mariam Vardanyan’s technical incompetency (poor intonation and sound production, rhythmical and textual errors). Yet, she passed to the second round to “amaze” the audience with the failed performances of Brahms’ sonata and Ravel’s Tzigane (technical, rhythmic, stylistic). Moreover, she didn’t even know the text of Khachaturian’s Dance.

Two members of the jury, Igor Petruschevsky and Sergey Kravchenko, along with Armen Smbatyan, are founders/professors of the “Richard Wagner Academy,” while Ino Mirkovich has cooperated with Smbatyan for about 15 years as the president of Yerevan State Conservatory’s graduation examinations’ committee. The president of the jury, Eduard Tadevosyan, is professor and Dean of the Strings Department in YSC. And yet, we wonder how Tadevosyan benefited from undermining not only his own authority, but also the authority of Aram Khachaturian competition: Ani Parsadanyan, his student, who is somewhat more competent than Mariam Vardanyan, did not make it to the final. The issue of Armen Smbatyan’s, Igor Petruschevki’s, and Sergey Kravchenko’s joint interests, which are so obvious that could and, to our belief, need to be revealed by an independent, competent investigation is a completely different story.

As we can see, some jury members do not speak out, while others clearly benefit, but each of them signed under this pitiful disaster with which Aram Khachatryan’s 11th Competition represented itself to the international community. Armen Smbatyan benefits greatly both, in large scale and in all abovementioned particular aspects, ensuring his welfare and fame through false advertising and fake prize-winners.

Yet again, Armen Smbatyan’s expenses are covered by us, by the budget of our country and are paid from tax-payers’ pockets. But there is a price to pay - the violation of our national values and Aram Khachaturian’s lasting legacy.

The results of the competitions make Armen Smbatyan’s wish to the contestants sound sarcastic: “…victory born in a fair battle.” One will indeed make sure to have the highest guarantee of patronage, impunity, and all-permissiveness to make such a responsible announcement, when the names of 3 out of 5 finalists (Iva Miletic, David Ardukhanian, Mariam Vardanyan) were clear to wide circles of both Armenian and international music community long before the start of the competition, from the very moment when the names of 25 participants of the first round were announced. Furthermore, even earlier, right from the moment when the jury members’ names were announced, it was clear to the public that the winners of the competition “will not be born” in a fair battle.

Armen Smbatyan, Advisor to the President of the Republic of Armenia, once again managed to flick his magic wand to his benefit.