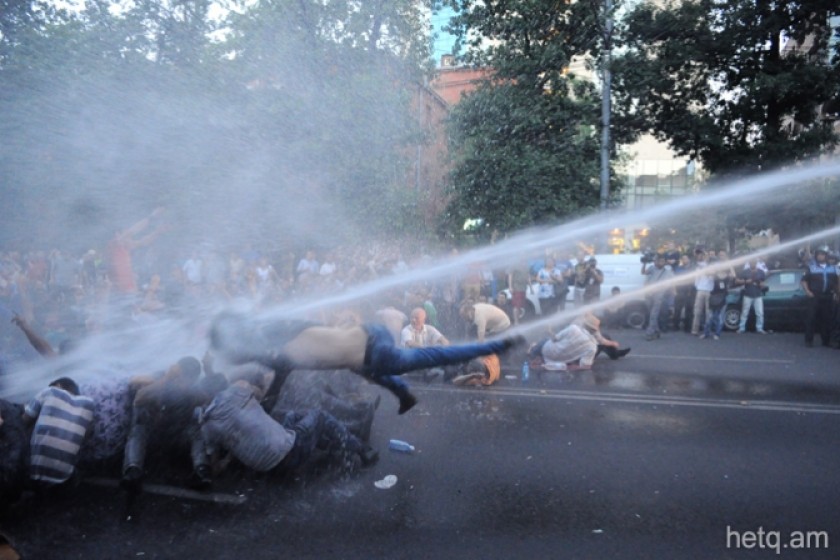 Fleeing the police action, demonstrators made their way from Baghramyan Avenue (the site of the presidential palace) down to Liberty Square.

Police used force to remove demonstrators from the street and from the square behind the Opera House.

Around half of the 500 or so demonstrators, including reporters, on Baghramyan Avenue were detained by the police who were out in their hundreds. 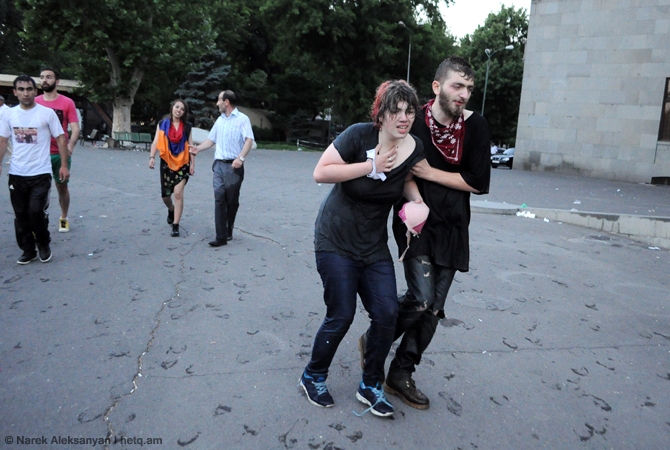 Sit-in participant Zarouhie Haroutyunyan reports that Anton Ivchenko, another participant, has been taken to hospital with a hand injury. Some 120 individuals remain in police custody.

A 35-40 year-old man detained at the Malatya station has lost consciousness. When a Hetq reporter asked police why the man hasn’t been sent for treatment, the reply was that the man refused treatment. He remains at the station.

A few individuals remain in detention at the Malatya station. Minutes before, four detainees were taken for alcohol testing. A Hetq reporter on the scene says that police are letting those detainees go who are visited by plainclothes policemen acquaintances.