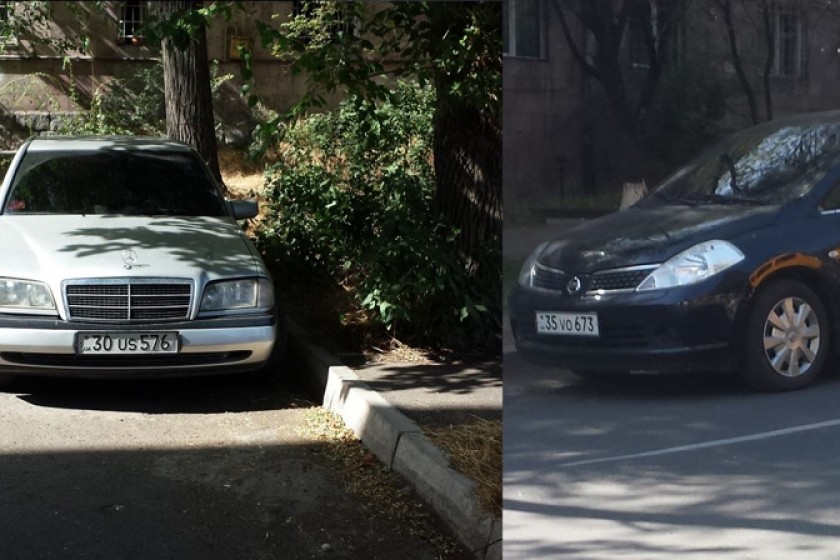 The Founding Parliament (FP) political movement in Armenia issued a statement today claiming that unidentified individuals in the cars pictured above were following Jirayr Sefilyan, one of its members, for hours on June 29.

The FP says the cars then followed Sefilyan to its offices on Alek Manoukyan Street.

The FP demands that law enforcement identify the individuals following Sefilyan and their motives.