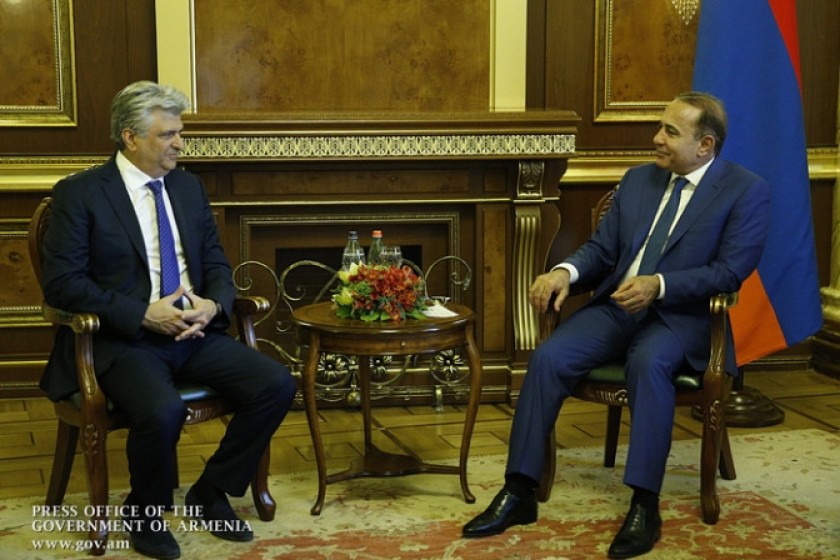 Today, in Yerevan, Armenian Prime Minister Hovik Abrahamyan presided over the first ever meeting of a newly created anti-corruption council, declaring war against the scourge that plagues Armenia.

According to a government communiqué, the prime minister praised the Swiss-Armenian businessman for his investments in Armenia designed to spur economic development and job creation.

Another government press release one might say if not for the fact that Hovik Abrahamyan’s son Argam is a business partner of Sirmakes’.

So this is how Prime Minister Abrahamyan intends to wage a war against corruption.

GB 2015-08-02 02:13:54
Nazo, I don'r believe people chosen him as Prime Minister, He is one of those self imposed oligarchy businessman who knows nothing about politics, but corruption. Armenian Prime minister has 2 big hands, one will take, and the other will give away, the differences will add to his overloaded rotten pocket ,
Nazo 2015-07-30 20:33:52
the thing is in other countries people do things like this behind closed doors, here they don't give a dame, figuring people are so ignorant and they can manipulate them so be it, I am the prime minister, the law is for the idiot who chose the person who put me in this job anyway, people , the law be dammed, lip service for this people is the best remedy