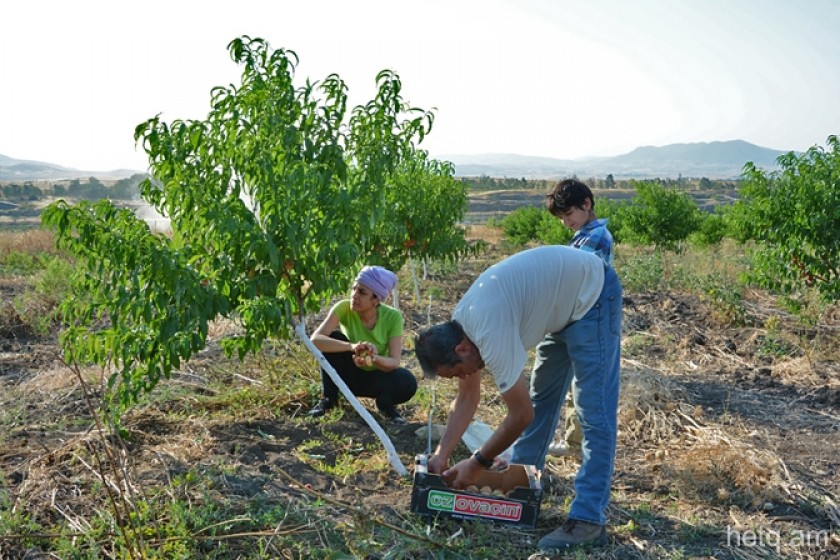 The August sun is scorching. No one can be seen working in the fields of Berkadzor, Artsakh, except for the extended family of the Asmaryan brothers

Vrej is operating the tractor, digging holes for grapevines. His brother Hovig, along with wife Isabel and eldest son Levon, are harvesting Persian peaches.

Hovig and Vrej Asmaryan moved from Aleppo three years ago, resettling in the village of Berkadzor in the Askeran region of Artsakh. They started a farm on 15 hectares of land   where 3,000 fruit trees of ten varieties and other vegetables are grown.

“We were supposed to plant eleven varieties of citrus saplings on the banks of the River Arax, but couldn’t. They are still kept in the hothouse. Hopefully we will finally have a citrus field next year,” says Hovig.

The brothers say that last year’s apricot and peach crop was spotty. They are having trouble selling this year’s. 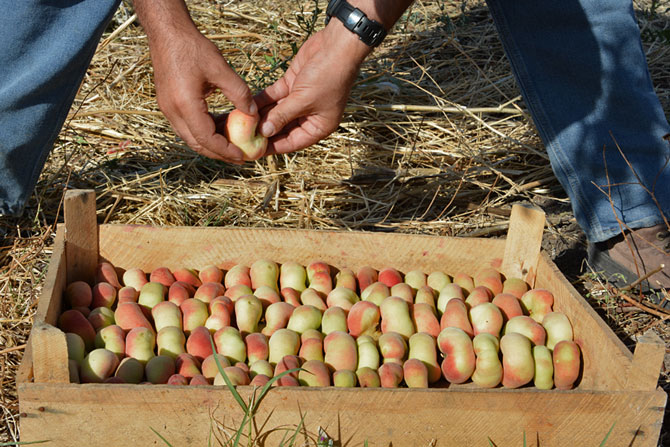 “In Syria, you would simply take the harvest to the market. Here, you have to go from store to store or to the packing plants. It’s a very time consuming process,” says Hovig.

The Asmaryan brothers are banking to derive a profit from the saplings they have planted, and not on the harvest.

“We will bring new varieties soon, including olive trees that will give fruit in two years. The ones we have now only produce after seven years. They will all be planted near the banks of the Arax,” Hovig says.

The brothers have dug artesian well for irrigation and they have installed a drip system.

Hovig says that drought plus severe winters damaged most of the pear and olive trees in the past few years.

The brothers’ commercial enterprise, Asmaryan Greenland, has this year received a 40 million AMD contract from the Artsakh government to import mulberry saplings from Syria. Hovig says that 2,000 have already been ordered.

Hovig confesses that he and Vrej were always interested in importing saplings and cultivating their own varieties.

“Our work isn’t limited to selling saplings. We are ready to offer consultant services to villagers so they can garner the greatest crop yields,” he says.

Hovig says that he and his brother have invested over US$600,000 in farming since moving to Artsakh three years ago. 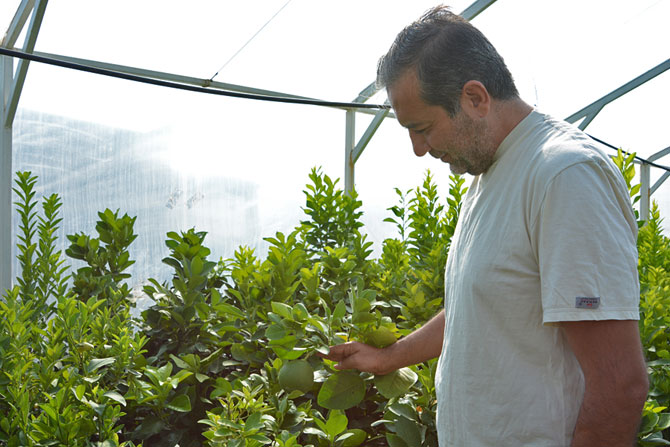 The families are now renting in the capital, Stepanakert, but the government has suggested they move to the Kashatagh Province where they are promised housing by the local government. The Asmaryans, who are used to urban life, have decided to stay in Stepanakert.

“We suffered great losses due to the war in Syria. A huge number of saplings ready to be shipped to Artsakh were looted. We haven’t seen any profits in the three years we’ve been here. We still do not own a house. We applied to the Artsakh government for home buyer’s assistance. They agreed and we prepared all the paperwork. When we went to the banks they had no money to loan us. We are in a wait and see mode,” says Hovig.

Instead, the Asmaryans have been advised to buy apartments with a mortgage. Hovig says they would have to shell out $160,000 for two apartments. Now, they can buy the house they rent for half as much. 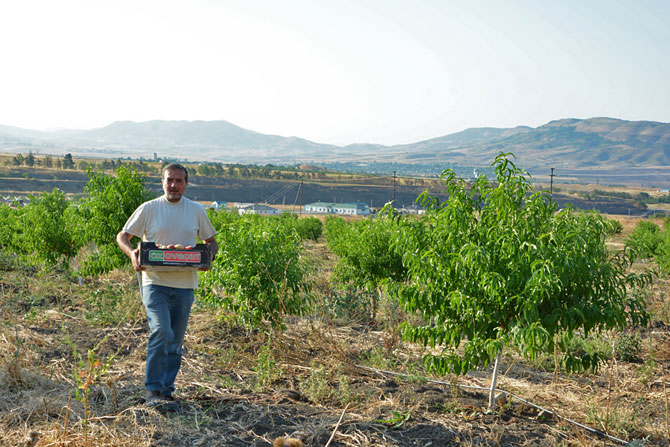 Right now, the Asmaryan brothers are faced with a quandary – to leave or stay? If they can’t resolve the housing issue they are thinking of leaving. But they don’t want to.

In the meanwhile, Hovig plans to leave for Indonesia in a couple of days for work. He says he has business colleagues there.

“My business in Indonesia isn’t bad. From what I make there I can invest in the farm here. The only problem is that the income isn’t stable enough to plan long-term investments,” says Hovig.

GB 2015-08-16 02:56:04
To become a farmer is not an easy task, especially in a place, where you don't get support from your local authorities, but eventually the hard work will pay off to their next generation, where they will become wealthier and smarter farmers! Artsakh is God blessed fertile land, and the reward will be given to those who works hard!
josef 2015-08-06 21:08:20
God bless such hard-working people. Stay in Armenia!!!