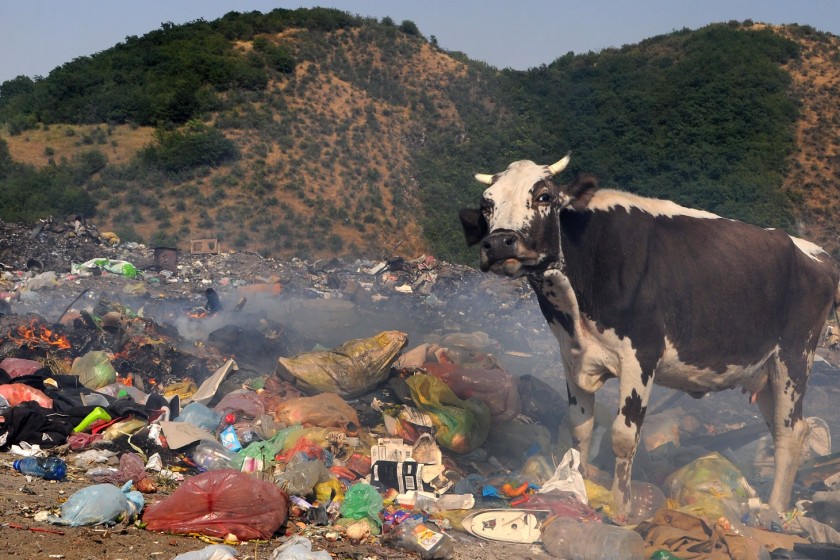 Travelling to various communities in Armenia, one often sees swarms of plastic bags drifting along the road, garbage strewn fields, and mounds of trash dumped here and there.

For many countries, garbage collection and recycling are fundamental problems to be tackled.

Hetq is travelling throughout Armenia and taking an inventory of garbage dumps in various communities, noting their geographical location and photographing them. We are attempting to compile a map of all the garbage dumps in Armenia, not only the large ones but also those serving smaller communities. Large or small, all are getting bigger as Armenia generates more garbage by the day.

Recently, we visited four areas in Tavoush Province and their adjacent villages. We found 23 dumps of which four were special sites designed to accommodate the trash of the towns of Dilijan, Idjevan, Noyemberyan and Berd. Village residents dump their garbage in nearby ravines and rivers. This is why there are so many informal illegal dumps in rural Armenia.

In the Dilijan and Idjevan regions garbage is dumped in the Aghstev River, a body of water that often contains the carcasses of domesticated animals, commercial and construction trash.

In the map below one can get more information on the dumps we uncovered – photos, descriptions and how big each one is. To access a description just press the black mark representing a particular dump. To access the photo describing the garbage situation for the Aghstev River area scroll your cursor to the red area noted and hold it there.

255 million AMD (US$534,000) is spent yearly on garbage collection and other municipal services for the twenty communities in Tavoush Province. Four of the villages we visited do not allocate any money for garbage removal. Village mayors say the problem is handled locally – a truck takes the garbage to an out of the way ravine or river and is dumped. The larger dumps usually burn their trash a few times annually to make room for incoming garbage.

Below are the amounts allocated for garbage removal by the communities we visited.

According to 2013 figures provided by “Waste Atlas”, Armenia’s communities generate 368.6 tons of household waste annually. The environmental stress factor of the waste is 12.9 tons per square kilometer. The same data shows that each person in Armenia generates 118.9 kilograms of garbage per year. Garbage collection coverage is 80% and the waste intensive consumption factor is 0.04 kilograms. The degree of recycling in Armenia stands at zero.

Hetq continues to visit the provinces of Armenia in order to chronicle the garbage dumps in operation. We suggest that you, our readers, participate in his investigation by sending us photos and videos of garbage dumps in your communities. Please remember to note the dump’s location. All those sending photos and info will be considered investigative coauthors. 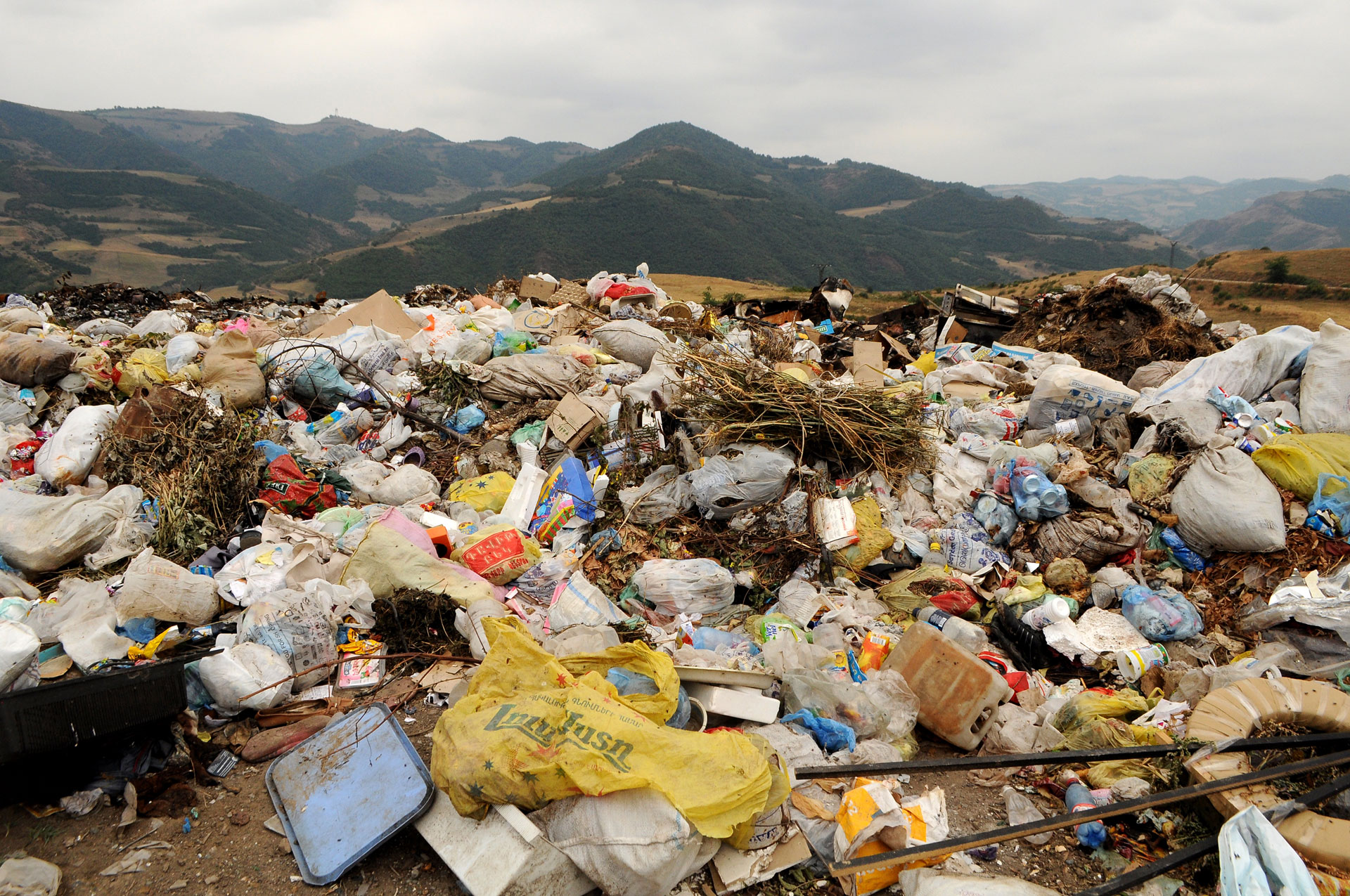 The main dump at Berd is located six kilometers from town. Trash is disposed of by burning it. 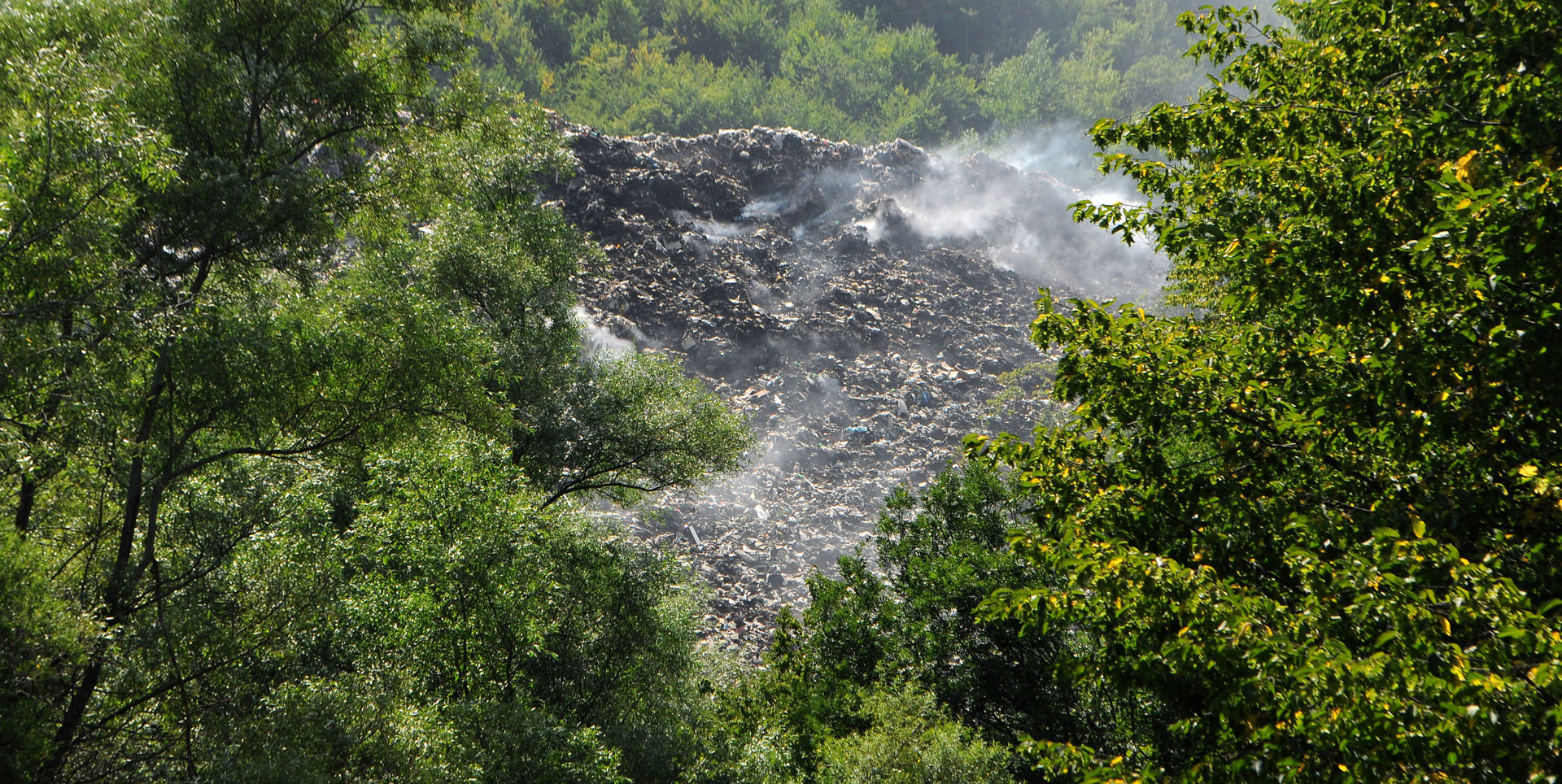 The main dump in Dilijan is located 4.5kilometers from the town.

Most of the garbage is dumped into the Aghstev River. 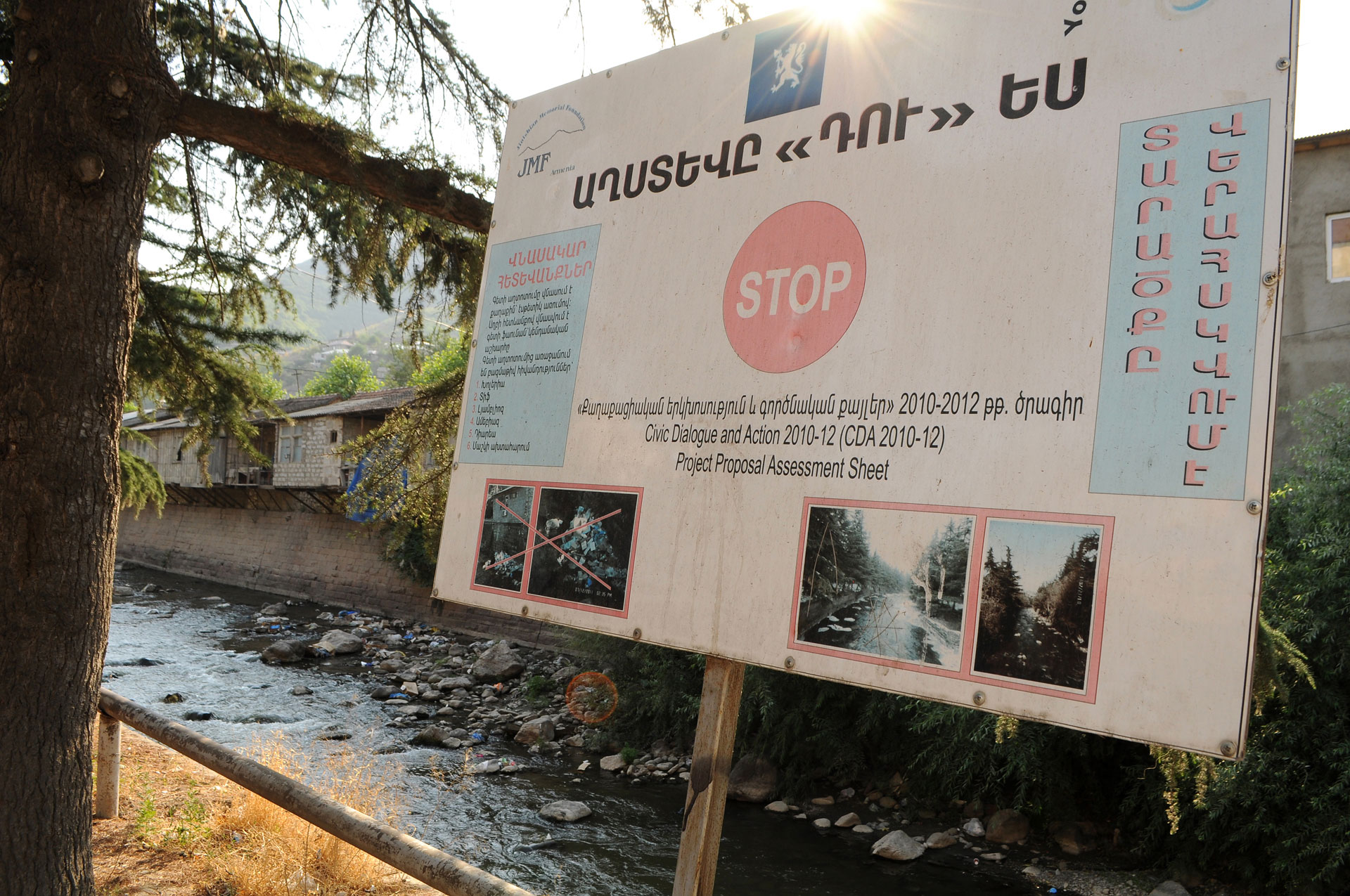 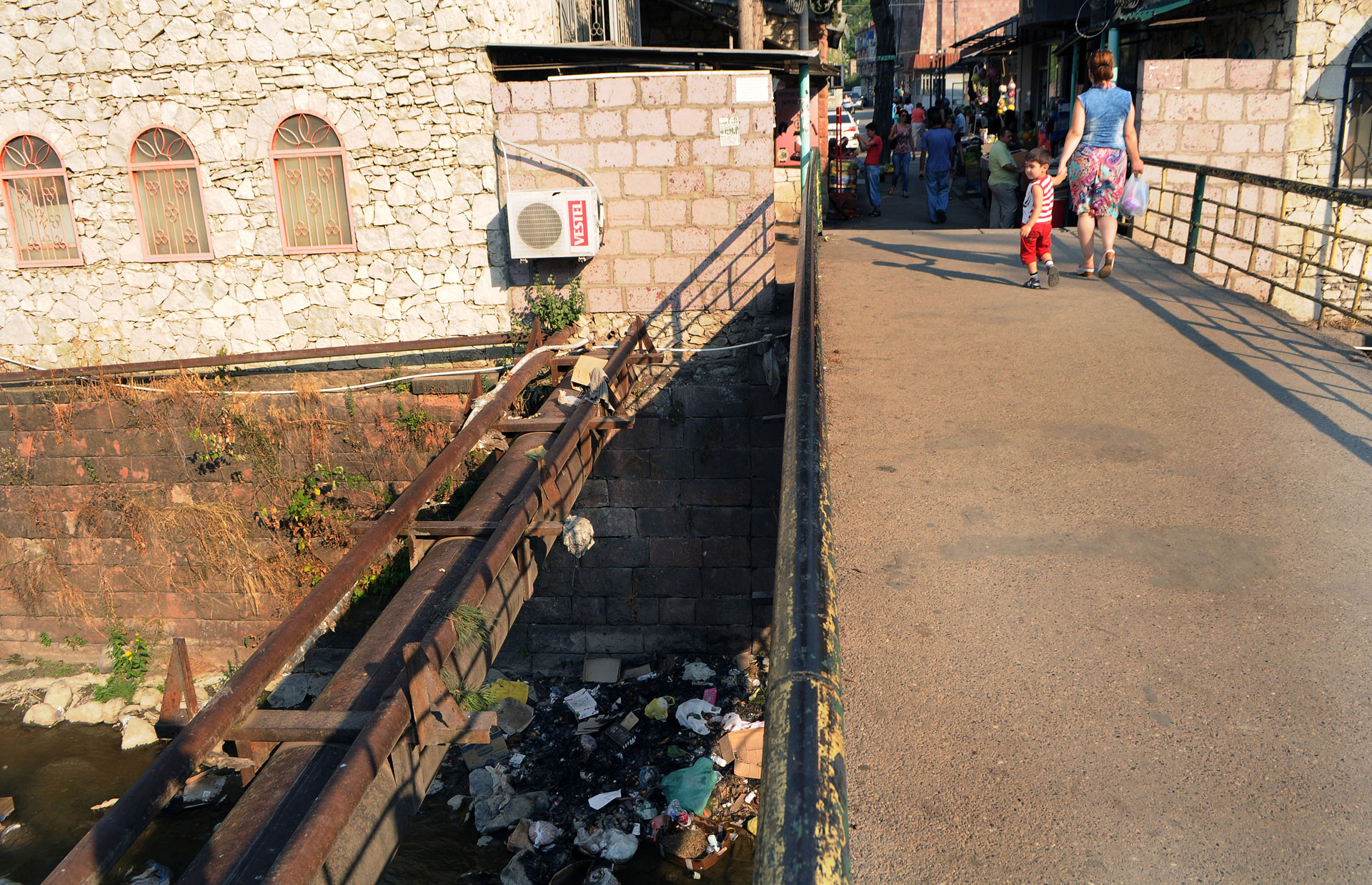 People dump the garbage into the river from the bridge in Ijevan.

On the road to Berd – This dump is six kilometers from the village of Navour.

Residents of Haghtanak and Ayroum periodically scavenge through the dump located between their villages for metal and bottles.

Trash left by villagers and the nearby military base has resulted in a dump located two kilometers from the village of Getahovit.

Garbage is constantly pushed towards the ravine.

The main dump for the town of Idjevan is four kilometers away.

The Lousahovit garbage dump is located on a hill 450 meters away from the village.

The dump two kilometers from Berdavan lies adjacent to land that is farmed. 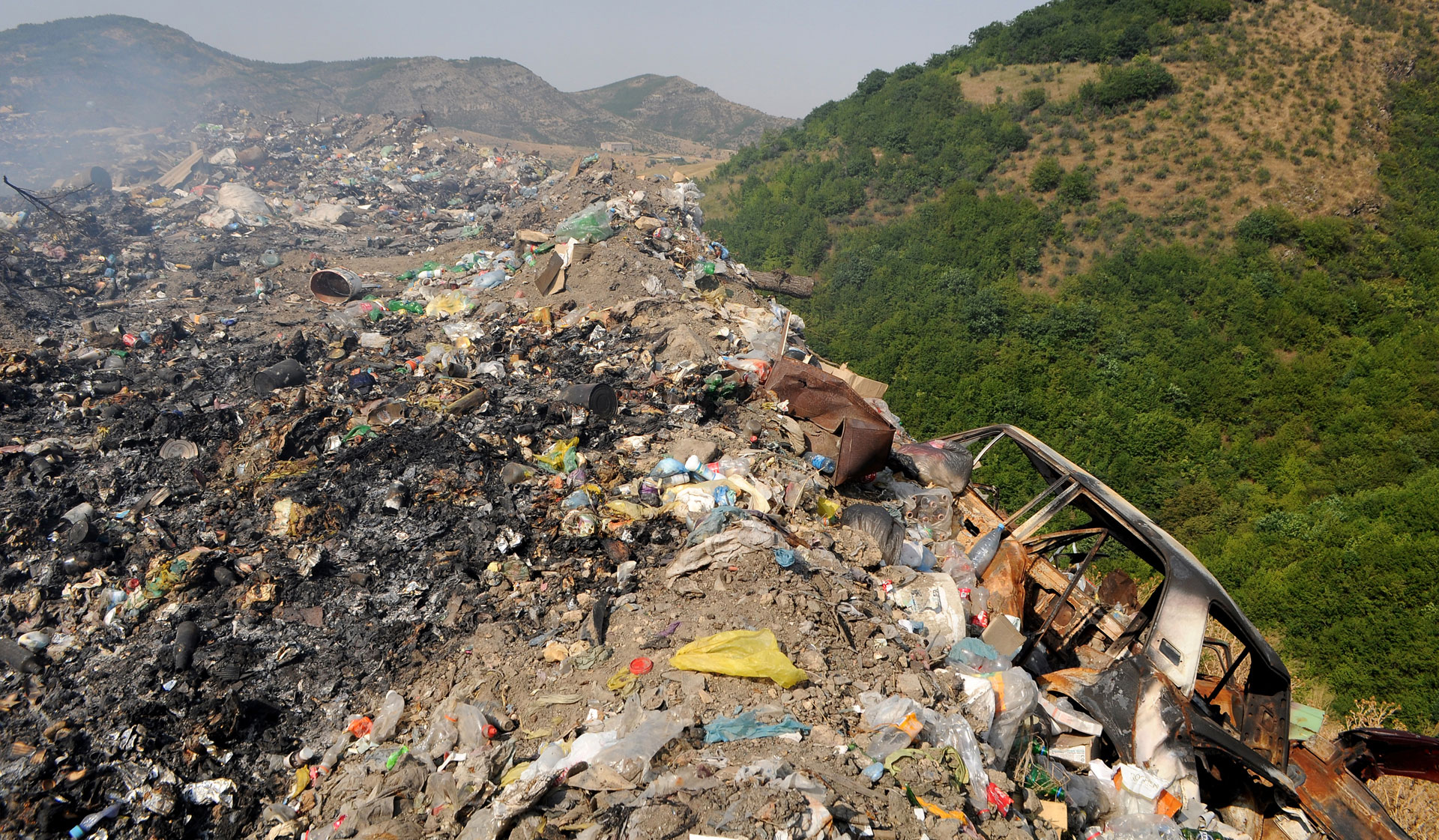 The main dump for Noyemberyan is located 1.7 kilometers from the town. Trash and household waste is burnt. 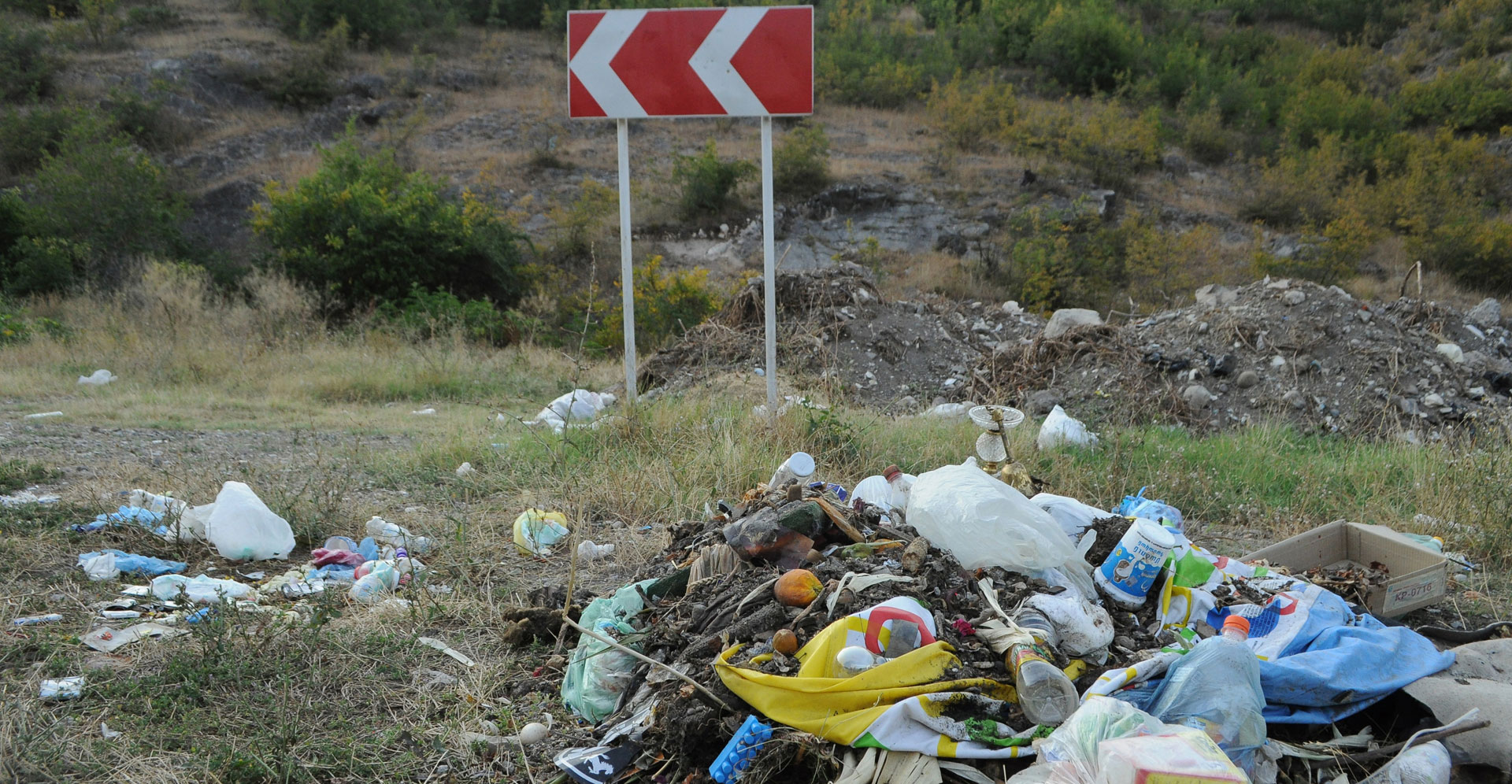 Garbage dump located 2.5 kilometers from the village of Yenokavan is covered with a layer of dirt. Since it’s located on the road leading to the village, garbage often appears on it.

A mere 40 meters separates the dump from the Aghstev River. The only way to dispose of the trash is by burning it.