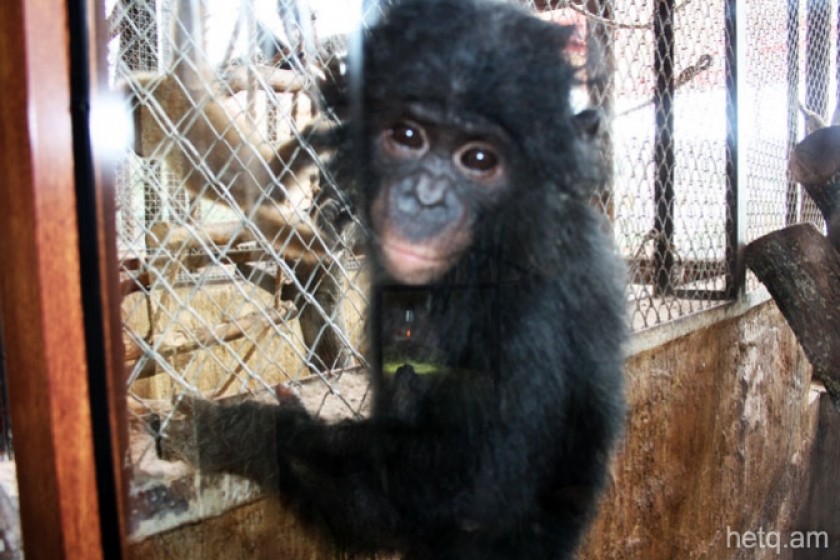 Ansoumane Doumbouya, former head of the CITES Management Authority of Guinea and a key player behind the illegal export of hundreds of chimpanzees and gorillas to China and elsewhere, was arrested on August 21.

Hetq has the following CITES export permit, signed by Doumbouya in 2011, under which two bonobo primates were imported by the Zoo Fauna Art company in Armenia. 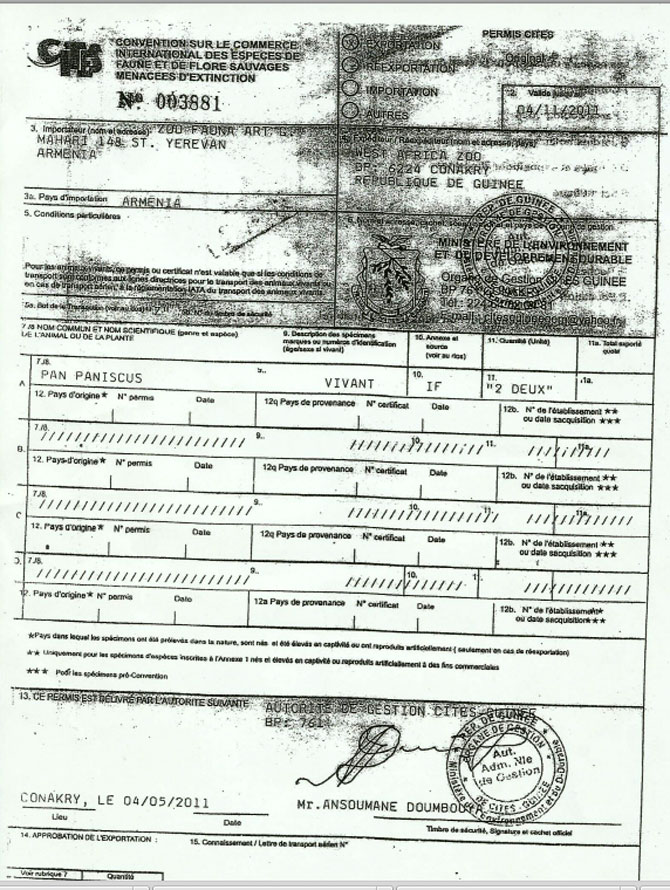 The investigative division of Armenia’s Ministry of Finance has been dragging out an inquiry into the matter for one and a half years.

Even after he lost his position with CITES, Doumbouya retained a position within the Guinean Ministry of Environment as Commander of the national wildlife and forestry mobile enforcement brigade and was still signing CITES permits for traffickers.