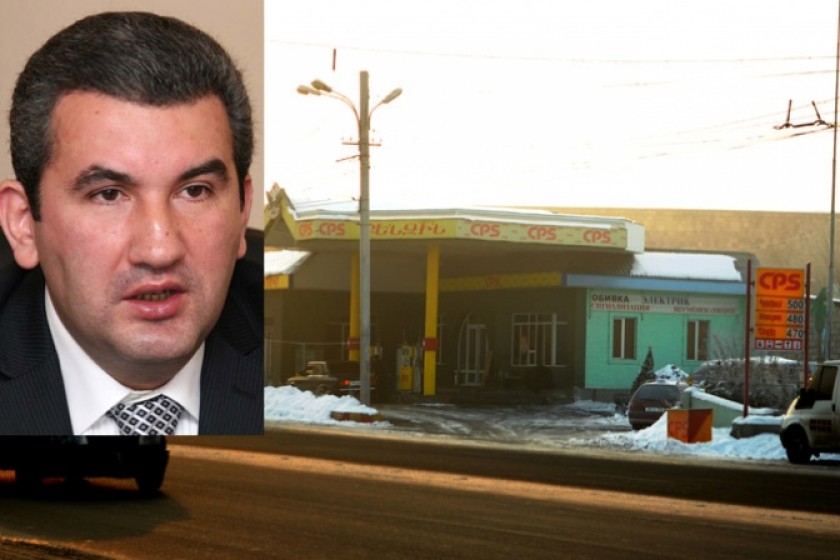 It appears that Armenia’s State Committee for Economic Competitiveness Protection (SCECP) will not pursue the case to fine City Petrol Group (CPS) 100 million drams (US$212,000) on charges that the company had abused its position as a market leader.

The SCECP, in 2012, had concluded that the company was selling gasoline from its wholesale supplies to smaller outfits at a price they were selling to their own gas stations. The smaller companies were in a bind, since they couldn’t sell the gas at a price higher than the purchase price from CPS.

In particularly bad shape were businesses in the provinces since only CPS has wholesale reserves in these areas. Seizing the opportunity, CPS seized those small companies whose owners were forced to sell their gasoline to CPS or to strike unfavorable joint operational deals with the company.

The SCECP concluded: “CPS carried out an intentional and targeted plan to eliminate the competition and to expand its own operations. These measures not only hindered the development of small business but restricted the competitive field in general, which is unacceptable.” A fine of 100,000 million drams was imposed. The law allows for a fine of from 5-200 million for such a violation.

CPS appealed the fine, but quickly retracted the suit and requested that the case be dropped. It was dropped in May 2013. It was revealed in court, however, that the documents CPS had presented  did correspond to not information presented in the administrative proceedings. The SCECP, taking as a basis the accounting documents presented by CPS to the court, revealed that  it had been presented with unreliable information during the administrative proceedings. CPS was hit with the severest of fines possible under the law for providing false information – 5 million drams.

The SCECP told Hetq that since it didn’t have the legal power to conduct an investigation of documents on site, at the place of business, the fraud was impossible to expose from the start. But, is this the case?

Article 19 on the “Law Economic Competition Protection” states that the “Committee has the right to conduct examinations and studies, or monitoring, to gauge the credibility of information supplied by the business, to expose the true activities of the business, or to monitor the implementation of the Committee’s decisions.” The same article states that the Committee has the right to adopt decisions based on the documents and information in its possession if the business in question does not, by the deadline specified, provide necessary documents and other information for examination and study, or if it hinders their processing, or if such data is lacking for such examination.

It is interesting that CPS quickly paid the 5 million drams but was opposed to paying the 100 million, even though logically, it should have opposed the 5 million also. Against this backdrop, it is noteworthy that examinations of the documents started in 2013 haven’t finished.

In response to Hetq inquiries the SCECP periodically says that there is no time limit for the inspection of documents, In our last inquiry, we asked the SCECP if it had been conducting an examination from 2013 to now and, despite there not being a time limit, why has the examination continued for so long (if, of course, it is continuing). “The impression we get is that the case has been dropped,” we wrote.

In reply, the SCECP merely noted, “In regards to this case, we cannot provide additional information at the moment.”

Thus, the fact is that the SCECP, while having conducted a new examination of the documents for the past two years, hasn’t been able to decide how and to what extent has CPS broken the law, what accountability it will assume, if at all.

The question arises whether the SCECP has been pressured from above to drop the 100 million fine, or whether the parties came to some agreement that 5 million was enough.

In a recent article, Hetq wrote that the SCECP had launched new proceedings against CPS; more specifically CPS Oil Corporation. Readers should note that over the years the CPS brand has been provided by a number of companies that, in reality, are owned by the same outfits – Kagh Petrol Service, City Petrol Group Ltd., and CPS Oil Corporation Ltd.

SCECP press spokesperson Gayaneh Sahakyan told Hetq earlier this year that the basis of the proceedings is that the gasoline imported by CPS Oil Corporation and marketed under the EKTO Plus brand is in fact of a lower grade.

Information recently provided Hetq reveals that a study of the documents provided by the company at the proceedings shows that the company gets its EKTO and EKTO Plus gasoline from the non-resident suppliers Lukoiland Nordholm Impex AG.

Examination of the documents revealed that the gasoline marketed as EKTO and EKTO Plus are acronyms from the Russian for ‘ecological fuel’.

The SCECP hasn’t researched the grade or quality of this gasoline since it isn’t in their purview.  The SCECP, in its decision, found that CPS Oil Corporation, selling EKTO Plus gasoline at gas stations, had provided customers with a brochure extolling the merits of EKTO gasoline on which the Lukoil company name appeared. However, the examination revealed that Lukoil had no connection to the EKTO Plus gasoline and thus the SCECP issued the company a warning.