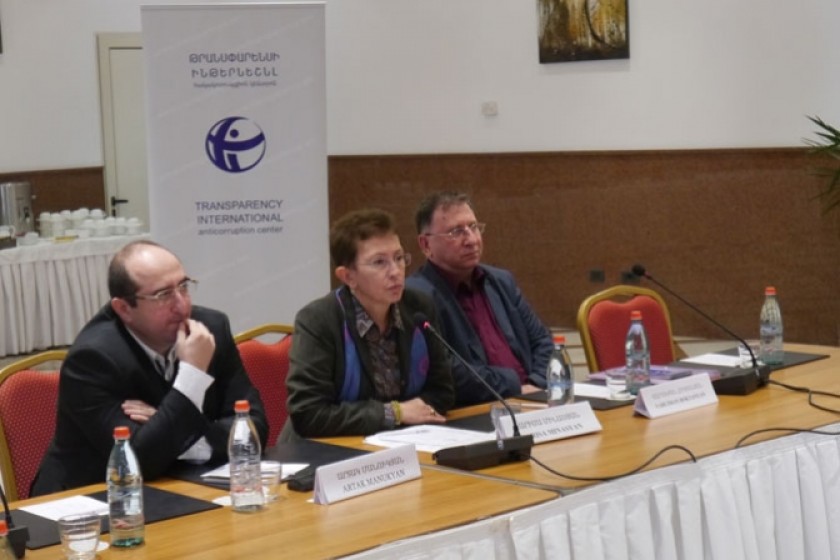 The findings of a 2014-2015 public procurement system monitoring were presented on October 20, 2015 during an off-the-record discussion, held by Transparency International Anti-Corruption Center (TIAC).

As a logical continuation of monitoring of public procurement system in2011-2013,TIAC report recorded that despite a number of positive changes in 2014-2015, mainly due to improvement of a number of sub-legislative legal acts (which particularly reflect some recommendations previously made by TIAC), no essential systemic improvements were observed and a number of key recommendations remained unanswered.

The findings of monitoring reveal that a number of provisions and requirements in Public Procurement Law are actually not exercised, in particular

The report pays special attention to the activity of complaint system in public procurement. In spite of certain improvements as a result of recommendations made by TIAC (online broadcasting of procurement complaints review meetingsthat are unprecedented in the world, availability of hotlines, etc.), the report pointed to a number of essential shortcomings. In particular, all decisions on complaints review made by Procurement Complaint Review Board are fully repeated.

The third area of procurement is the monitoring of framework agreements. The main problems revealed are strict centralization, with further growth intention regarding both clients and winners (when the given client “prefers” to deal with one certain company), no legislative regulation regarding the terms and order of postingframework agreements’ monthly reports on the website, etc.

The report also reviewed a number of other aspects of state procurement system. The publication will be available in early November 2015 in English and in Armenian.