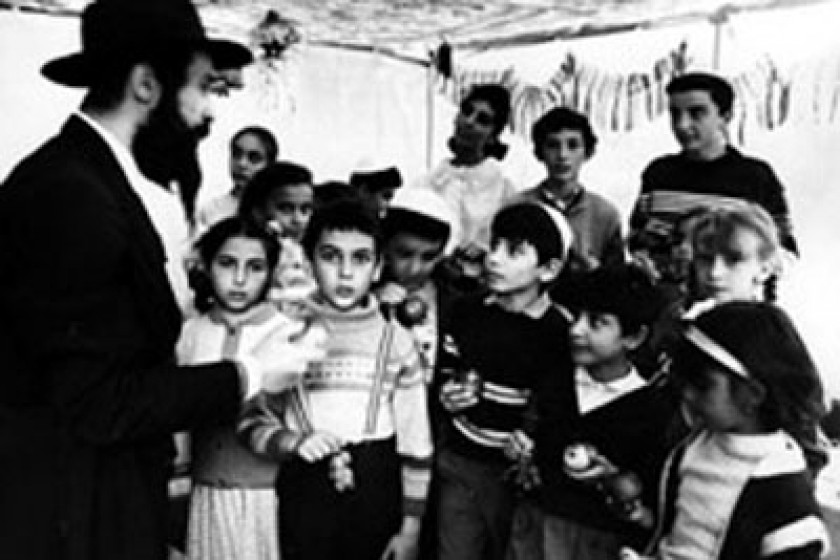 There Have Always Been Jews in Armenia

How the Jews came to Armenia

“In the first century B.C. Armenian King Tigran the Great (95-55 B.C.) besieged Cleopatra at Ptolemaida to avenge his father, Artashes I, but he had to abandon the siege when Lucullus attackedArmenia. King Tigran returned and settled the Jews that had been captured in Hellenic cities in Armavir and on the banks of theKasakhRiver.”

This quote, from The History of Armenia in Three Parts by Movses Khorenatsi, is the first record of Jewish presence inArmenia. The second mass influx of Jews toArmenia, according to the medieval historiographer, took place when there were two claimants to the Jewish Throne, Antigonus and Hyrcanus, and the Armenians decided to support the former. Antigonus won and King Tigran decreed that the Jews captured during the campaign be settled in Shamiram (Van).

According to some sources, they numbered 300,000. These territories were subsequently redeemed by the merchant dynasty of Shimon Pokrat and became a site of rapid development for the Jewish community. Even now, some say that those who come from Van are the descendants of these Jews, although this claim has never been proved.

Khorenatsi writes that in the time of the legendary king Hrachya, there was a Jewish merchant named Shambat living inArmeniaand that the royal family of the Bagratids were in fact Shambat's descendants. 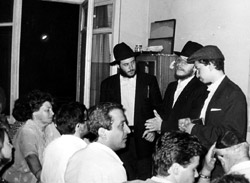 This is the history, scanty as it may be, of the establishment of the Jewish presence inArmenia. No ancient Jewish settlement has been preserved. However, a Jewish cemetery dating back to the 11 th to 13 th centuries, a flourmill, and some furniture were recently discovered in thevillageofYeghegisin the Vayots Dzor Marz. Experts theUniversityofJerusalemare at work studying the finds. It is not yet clear how the Jews came to be there whether they were descendants of those brought by Tigran the Great or arrived later.

From 1840, there were two Jewish communities in the ErivanProvince- natives of Europe, mostly from Poland(Ashkenazim), and natives of Persia(Sephardim). Both communities were represented by religious leaders and had houses of worship – a shul for the Ashkenazi and a separate synagogue belonging to the Persian Jews called Sheikh Mordechai, which was preserved until 1924.

But by the 1930s, there were only a few dozen Jews left inArmenia.

Most of the Jews who live inArmeniatoday come from different republics of the formerUSSR. The first settlers arrived in the mid-1930s; then, during World War II, Jews were deported toArmenia, mainly fromUkraine.

A subsequent mass arrival of Jews to Armeniatook place at the beginning of the 1970s when anti-Semitism became the tacit policy of the Soviet Union. The persecution of Jews was carried out not by exerting direct pressure but in more “civilized” ways – they were denied jobs, the doors of colleges and universities were closed to them. As a result many of them attempted to leave for their historic homeland; most were denied visas and became otkazniks (the denied).

Many of these Jews moved toArmenia. Why toArmenia? Because, community members say, the Jews were well received and anti-Semitism was not a problem.

During Perestroika, the majority of the people who came toArmeniain the 1970s left forIsrael.

The next mass emigration of Jews and the Armenian members of their families was in 1992-1993, whenArmeniawas blockaded during the Karabakh war. The chief rabbi ofArmenia, Gershon Meir Burstein, told us that most of those who left during these years would never have done so under normal conditions – they were successful people – doctors, engineers, businessmen, experts in the IT field.

Among the otkazniks who moved to Armenia were active families who organized gatherings of Jews in their homes. In the late 1980s a group of activists created the Arev Armenian-Jewish Cultural Organization, with the purpose of rallying Armenian and Jewish intellectuals around it. This group established the Jewish Community of Armenia in 1991 with Gershon Burstein and Igor Ulanovsky as co-chairmen. Since NGOs cannot engage in religious activity, the Jewish Religious Community of Armenia (JRCA), with Burstein as chairman, was registered in 1992 by the Committee on Religious Affairs.

Today, there are between 800 and 900 Jews living inArmenia. They mostly reside inYerevanand Vanadzor; prior to the 1988 earthquake they lived in Gyumri as well. There is also a community in Sevan of Russians who profess Judaism. It's a small community now, mostly elderly.

The Jewish community receives assistance from American sponsor organizations and donations from private individuals. An NGO called Joint, with the help of the JRCA, is implementing various charity projects that provide food and medical assistance to the elderly, and support for children, and other services. The organization Sokhnut helps Jews who want to move toIsrael.

Ninety-nine percent of the Jews living inArmeniahave mixed families – mostly the wives are Jewish and the husbands are Armenian.

Valeria Karlinskaya-Fljyan is from a family of Polish-Jews deported toTbilisi before the 1917 Russian Revolution. Her grandfather established two factories that produced halvah and olive oil. After the revolution, the factories were nationalized, along with the family house. The name Karlinsky can still be seen on the front of the two-story house. Valeria remembers her home inTbilisi, where different nationalities lived side by side and there was no enmity of any kind among them. After graduating from university with a diploma in French, Valeria Karlinskaya married Armenian Donald Fljyan and moved toYerevan. 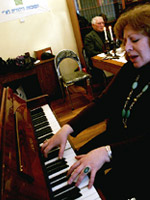 “We have a consensus in our families in this regard,” laughed Adelina Livshits, who came toArmenia fromOdessa and married an Armenian man.

“We consider our children Jewish and our Armenian husbands consider them to be Armenian. But to be serious, our children can decide for themselves when they turn eighteen. My daughter, for example, lives inIsraeland the longer she lives there the more Armenian she feels.”