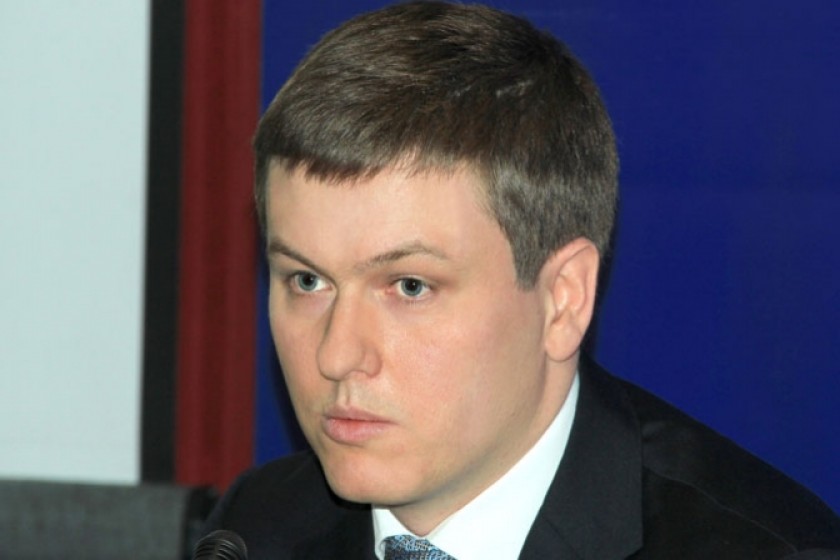 How is VTB Bank (Armenia) being affected by recently imposed American sanctions?

It’s necessary to understand that there are several types of sanctions. In particular, those sanctions implemented by the American government towards the entire VTB Group and VTB Bank (Armenia) prohibit the drawing of long-term, more than 30 days, credit loans from American sources. In this way, in this context, the entry of the VTB Group is closed to certain areas. Yes, this creates certain difficulties and complexities, however they aren’t the only areas, and the VTB Group has ample means so that these restrictions do not directly affect or harm the daily operation or customers. Thus, if we are discussing how the American sanctions affect VTB Bank (Armenia), if we exclude this issue’s public relations and public hearings, then there is no direct impact, or it has corresponding reaction components that balance out the situation.

Have the sanctions impacted customer numbers or financial flows?

We don’t think so. It has a greater impact on the increase of financial flows and the growth of the customer segment given the overall economic situation. Its impact is much stronger and quicker. Thus, those results, those peculiarities, that we now note, are less results of economic sanctions as that of the economic situation in which we have all found ourselves and from which we must exit together. Correspondingly, there may be customers who, hearing about the sanctions, have preferred another bank in the same conditions. But even taking into account the existence of all sectoral or other sanctions, VTB Bank (Armenia) has performed, performs, and will perform its obligations towards its clients in a clear and planned manner without any delays. Taking into account the reputation of the VTB Group and the importance of a segment of customers for the Group, we have created a stable client base that is constantly growing given that the bank, over the years, have often proved its stability and loyalty to customers and will continue to do so in the future.

What is your opinion regarding the demand put forth by Armenia’s Central Bank that all banks have a minimum capital of 30 billion AMD?

Prior to the new standard demand of Armenia’s Central Bankthat banks must raise their total capital to 30 billion AMD before January 1, 2017, VTB Bank (Armenia) has already surpassed this minimum, increasing its capital to 41.7 billion AMD. Naturally, competition in the banking sector for the other players will be harder given these new conditions, and I view this as positive. The inflow of additional capital will greatly improve the liquidity situation, will increase credit resources, will facilitate the implementation of new projects, all of which will have a serious positive impact on the overall economic state of the country. Due to growing capital, banks will become more technology savvy and large amounts will be invested into new computer systems and general technological advances. This will raise our customer service level.

The ruble’s devaluation isn’t directly impacting the bank since the ruble doesn’t make up an essential part of the bank’s cash assets or liabilities. In 2015, the bank’s only shareholder, Bank VTB, added charter capital and, according to national legislative requirements, those funds are represented in AMD. The primary accounting currency is the national currency and the Bank stresses AMD-based loans.

How have decreased money transfers affected the bank?

Of course it’s no secret that the transfer market in Armenia has dropped around 30% in terms of the dollar when compared to 2014. However, positive trends have surfaced in the past few months. To soften the impact of decreased transfers, VTB Bank (Armenia) carried out the following measures in 2015: 1) installed two new systems for fast money transfers, 2) transfers via these systems (Beso, Converse Transfer) will immediately appear on bank cards, 3) conducted a promo campaign to spur two-way transfers with Unistream.

These measures helped the bank to not only maintain its share of the transfer market but to increase it. The direction of cash transfers has always been a priority for VTB Bank (Armenia), as evidenced by the number of serving computers in the bank, the servicing of transfers via long distance links, as well as future development projects in these areas.

What do you have to say regarding the story in the press that large amounts of money have been embezzled via VTB Bank (Armenia) bank cards. Was this a case of hacking? How much was stolen?

Yes, this was a case of the cards being hacked. It’s called skimming and it happened to our bank cards and is a known way of breaking codes throughout the world. Additional equipment is used by embezzlers to collect bank card information of customers, and it happened at our bank ATMs and those of other banks as well.

It’s a problem throughout the world and there are various ways to prevent it. The banking public and we, as a bank, come up with various measures to fight against it, and we also work with law enforcement. We compensate our customers for their losses. Banks are constantly investing resources to raise the security levels for their cards and ATMs.

I would prefer not to talk about the scope of the losses right now. All valid information has been forwarded to law enforcement agencies. They are conducting investigations and once they are completed it will be able to discuss the matter more openly. Most important to note is that our bank has fully compensated its customers who suffered losses on that day.

VTB Bank (Armenia) loans huge amounts to various Armenian ventures. One is Teghout CJSC. However, due to the fall in copper prices, that company has experienced losses. Vallex Group has made job cuts and has halted its charitable programs. Is there a possibility that it will have trouble meeting its loan obligations? What steps will your bank take if clients encounter difficulties meeting their loan obligations?

It was VTB Bank that lent money to Teghout CJSC. Negative economic developments and the decrease in copper prices have impacted the financial position of Teghout CJSC, including servicing its loan obligations.

Relatively speaking, Armenia has many banks. Given the competition, how do you attract customers?

To attract new clients, we periodically run various promotions and launch new services. In particular, we recently launched the corporate VTB-Air Miles Master Card. Using this card for their daily cash purchases in Armenia and overseas, customers will collect bonus miles that can be used to buy airplane tickets and other services.

The bank has also launched a new collateral loan with a five-year term, allowing customers to lighten their monthly payments to a minimum and receive a consumer loan for any purpose at all.

During the past few years, the bank has also run promotions in conjunction with the international VISA and Master Card debit systems in order to attract new customers.