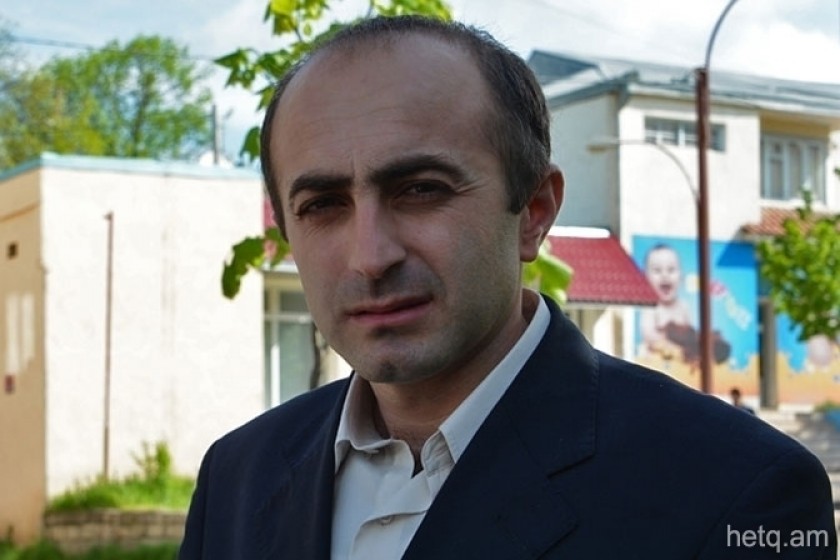 In a brazen midday assault outside the NKR parliament in Stepanakert, a group of eight men dressed in military uniforms attacked Hayk Khanoumyan, an Artsakh MP with the National Renaissance Party, and manhandled him into a waiting car.

Tigran Grigoryan, a member of the Executive Body of the National Renaissance Party, told Hetq that MP Khanoumyan was then driven to towards the village of Khantzakh where he was beaten by some twenty individuals.

His attackers then stuck Khanoumyan in a taxi and he was driven back to Stepanakert, the NKR capital.

Khanoumyan is now in a local hospital with several broken ribs and a broken nose.

Grigoryan says that Khanoumyan’s attackers were wearing military dress and that some of the seven cars in the convoy that whisked the MP away had official license plates. Some cars had no plates at all.

Grigoryan says the attack is linked to the recent activities of the National Renaissance Party and to internal political processes.

It seems that yesterday there was a rally yesterday in Stepanakert and a march on the presidential office.

Grigoryan points an accusing finger at NKR President Bako Sahakyan, the supreme upholder of the constitution.

“They beat MPs opposite the parliament, even in the presence of reporters. This means that there is no government. We have no government, just a group of thugs, who are merely terrorizing citizens and MPs. They are trying to terrorize the populace by beating them,” said Grigoryan.