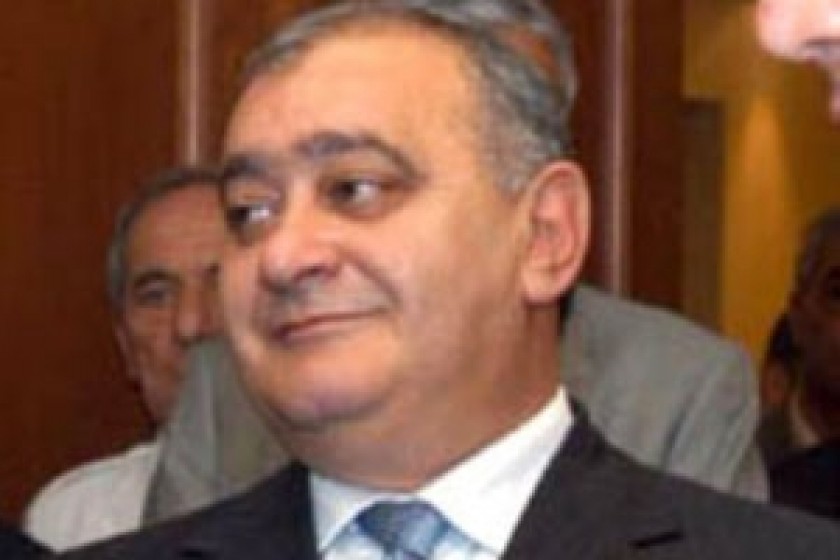 Our ideology is based on the Tseghakron doctrine of Njdeh

- What is the ideology of the Republican Party of Armenia?

- The RPA ideology is based on the Tseghakron (Armenian racism) doctrine of Njdeh. It attaches importance to the existence of the essentially national state as the means for the security of the Armenians and the realization of their ideals. Tseghakron is a spiritual covenant to respect, defend and perfect our historical kind, which while stemming from Armenian roots is at the same time harmonious with the values common to all mankind. Our goal is to strengthen the statehood, to make the state powerful, and to ensure a dignified life for the Armenian and for every citizen of Armenia. For us, the interests of the nation and the state are beyond individual interests, for a political party is a means to solve the problems of the nation and the state.

- Why haven’t the political parties who supported the president been able to unite on the eve of the parliamentary elections?

- There has been no reason or necessity to unite because the main political parties who supported the president are established political forces who believe that they can participate in the race individually. Supporting the president doesn’t mean forming a bloc. Blocs are created around mutually acceptable programs to solve certain problems, but the parliamentary elections give each party an opportunity to take the stage with a program stemming from its ideology. Thus, it is also a competition of ideologies, positions, and proposed paths where every party tests the vitality of its ideology.

- The international observers registered considerable irregularities during both rounds of the presidential election. Does the RPA bear responsibility for this?

The RPA bears responsibility to the same extent that all the other parties do. We don’t consider that there were considerable irregularities. There were irregularities that, in general, did not influence the outcome of the election.

- Secretary-General of the Council of Europe Walter Schwimmer stated that another fraudulent election would spell disaster for Armenia. In your opinion, what does Schwimmer have in mind? What is the RPA doing to prevent such violations?

- I don’t think that what has been said can be considered disastrous for Armenia. These irregularities have been assessed by various parties, organizations, and individuals in different ways. In our assessment, there has been more political speculation regarding the elections results then reality called for. These irregularities, if they took place, were committed not only by the parties who supported the president but also by the political forces who supported other candidates as well. The RPA is for lawfulness and has acted within the limits of the law.

- Political parties just raise the issues related to corruption. The Republican Party has a clause about the fight against corruption in its program, and over the last three years the government, together with the National Assembly, has adopted a number of anti-corruption laws and amended numerous enacted laws aiming at clarifying and simplifying the relations between state institutions and private businesses and citizens in general. Among these I attach particular importance to the Law on Licenses, which simplifies and considerably shortens the procedure for obtaining licenses and cuts the number of bureaucratic institutions involved.

There is a commission attached to the prime minister’s office that coordinates the work of developing an anti-corruption program. International and local experts, as well as a working group from the European Union, have been involved. The program is in its final stage and soon will be put out for public discussion before its adoption by the government. The program envisions legislative work and administrative actions as well. It is very important that laws be simply defined and leave no room for bureaucratic protractions and bribery.

- A number of acting ministers are included on the proportional party list of the RPA. Will they continue their work if the RPA obtains a majority in the National Assembly?

- It will depend on what kind of majority it gets and what role it plays in forming the government, and according to that we will discuss the issue with the ministers.

- What concrete steps will be taken by the RPA in the future to improve relations with the Diaspora and to ensure investments by Diaspora Armenians in Armenia?

- The Republican Party believes that conditions should be created that encourage not only investments but also the return of our fellow Armenians to the homeland when possible. We have a very liberal framework for foreign investments, equal opportunities for all investors have been created, and this has been achieved with the participation of the Republican government as well. A great deal of work has been done over these years to strengthen cooperation with the Diaspora and we should continue to do so.

- What is the position of the RPA on relations --particularly economic-- with Turkey?

We consider that economic relations with Turkey are necessary. But I believe that these relations should not be based on preconditions, as is proposed by neighboring Turkey. The RPA is for the establishment and development of cooperation with all countries of the region.