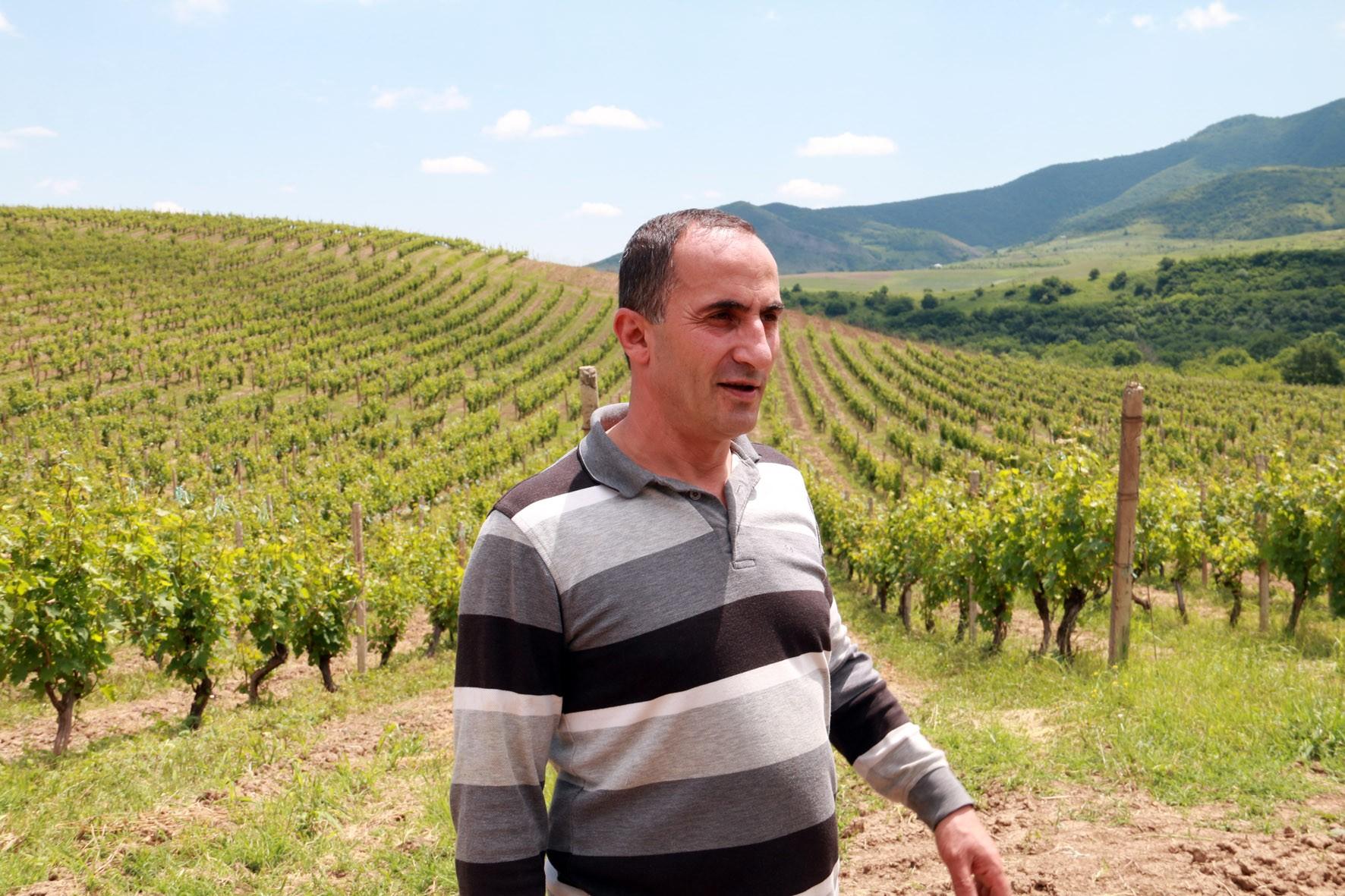 The Avetisyan Family of Togh, Artsakh: Making Wine Against the Backdrop of War

We’re on the road to Togh, a village in Artsakh’s southern Hadrout district.

We have an appointment to visit the Avetisyans – a family of vintners known for their Kataro family of wines.

The first thing we notice is the spacious yard of their village house. In a few minutes, we discover a small modern winery with small and big silver and wooden barrels, grape washing basins, and yet unlabeled bottles.

The family -  father and brothers -  manage this winery. They have ten permanent workers and forty part-timers during the grape harvest.

Grigor Avetisyan, in typical winemaker fashion, goes into detail about the unique traits of each wine the family makes.

They offer visitors real wine glasses, not paper or plastic cups, for tasting. Grigor fills glasses from every barrel and awaits our verdict. Our reactions become more and more cheerful with each glass. The wine becomes tastier.

The Avetisyans have brought Mario, an Italian wine connoisseur, to Togh to taste their wines.

Following the rules of degustation, and with typical Italian elegance, Mario holds the wine glass, swirls the wine in the glass, holds the wine in his mouth, then gargles it to capture all the shades of the red wine on his palate. He then spits it out. He repeats the process with each glass of wine given to him.

"Whaa?" exclaims Armo, one of the winemaking brothers, at the sight.

Mario repeats the same ceremony, tasting and spitting. It’s too much for Armo, who starts to silently curse the Italian. Armo’s curses became rougher and more vocal with each glass tested by Mario.

“Armo, my dear brother, that’s the rule, that’s how he understands if the wine is good or bad”, says diasporan Armenian Vahe Keushguerian, the family’s winemaking partner, trying to calm him down.

Armo replies, “We understand if it’s good or bad only after drinking seven or eight glasses. How can he understand the wine’s quality if he just gargles it?” 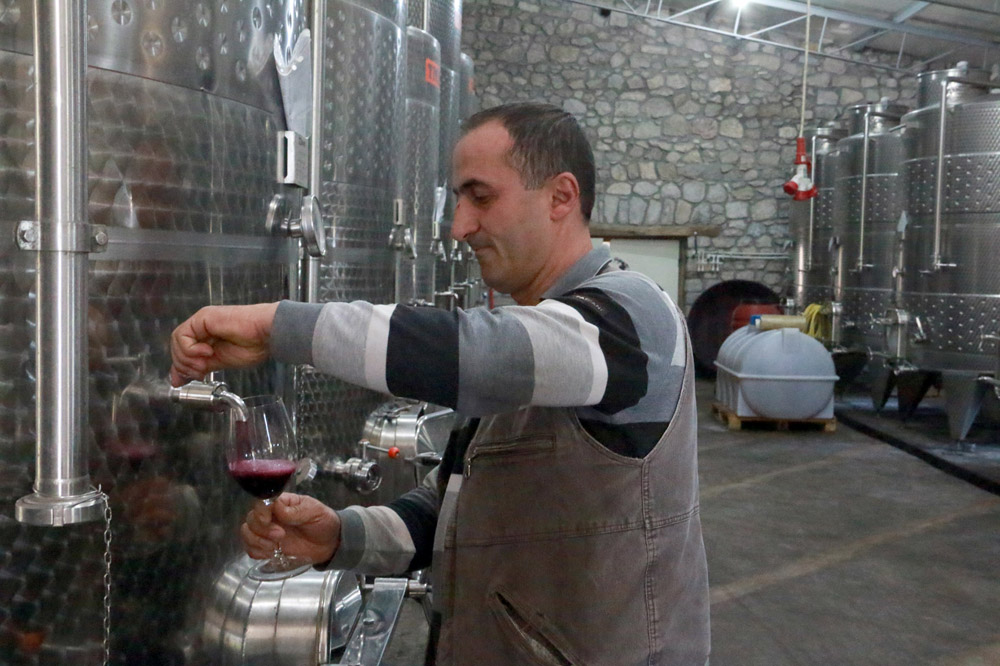 Grigor tells us how the wine business started. Everything is simple and clear in his stories; nothing complicated, no mysteries. He says that they didn’t want the soil to remain uncultivated, so they planted a vineyard. 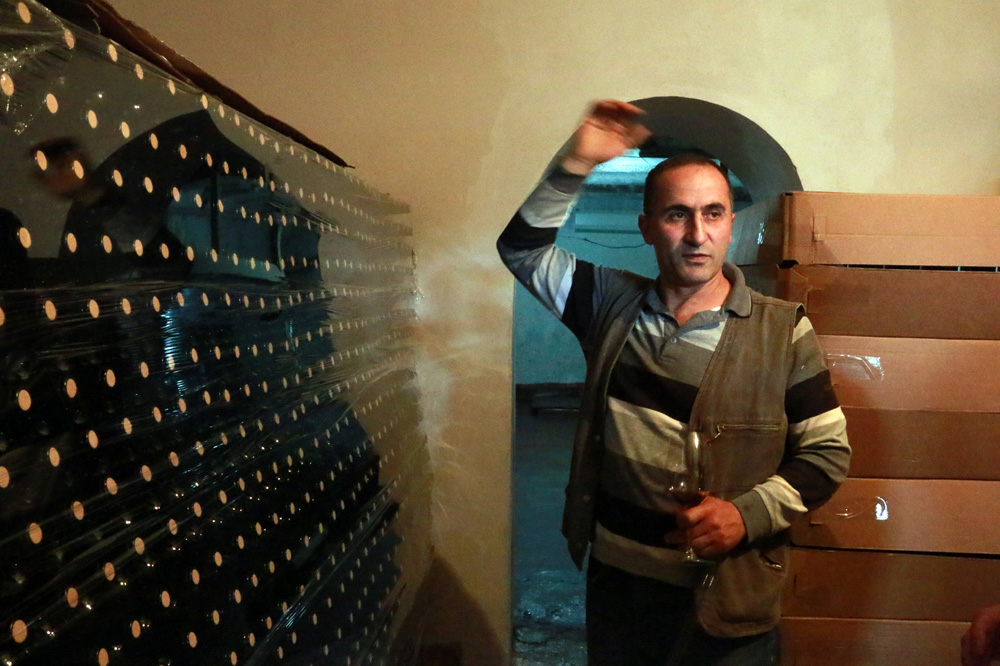 There’s an old photo of Grigor's grandfather standing in the middle of his small vineyard. Somebody brings it from the house. It shows an elderly man standing amongst his grapevines. This photo, together with the decision not to leave the soil idle, served as the impetus for creating the winery. 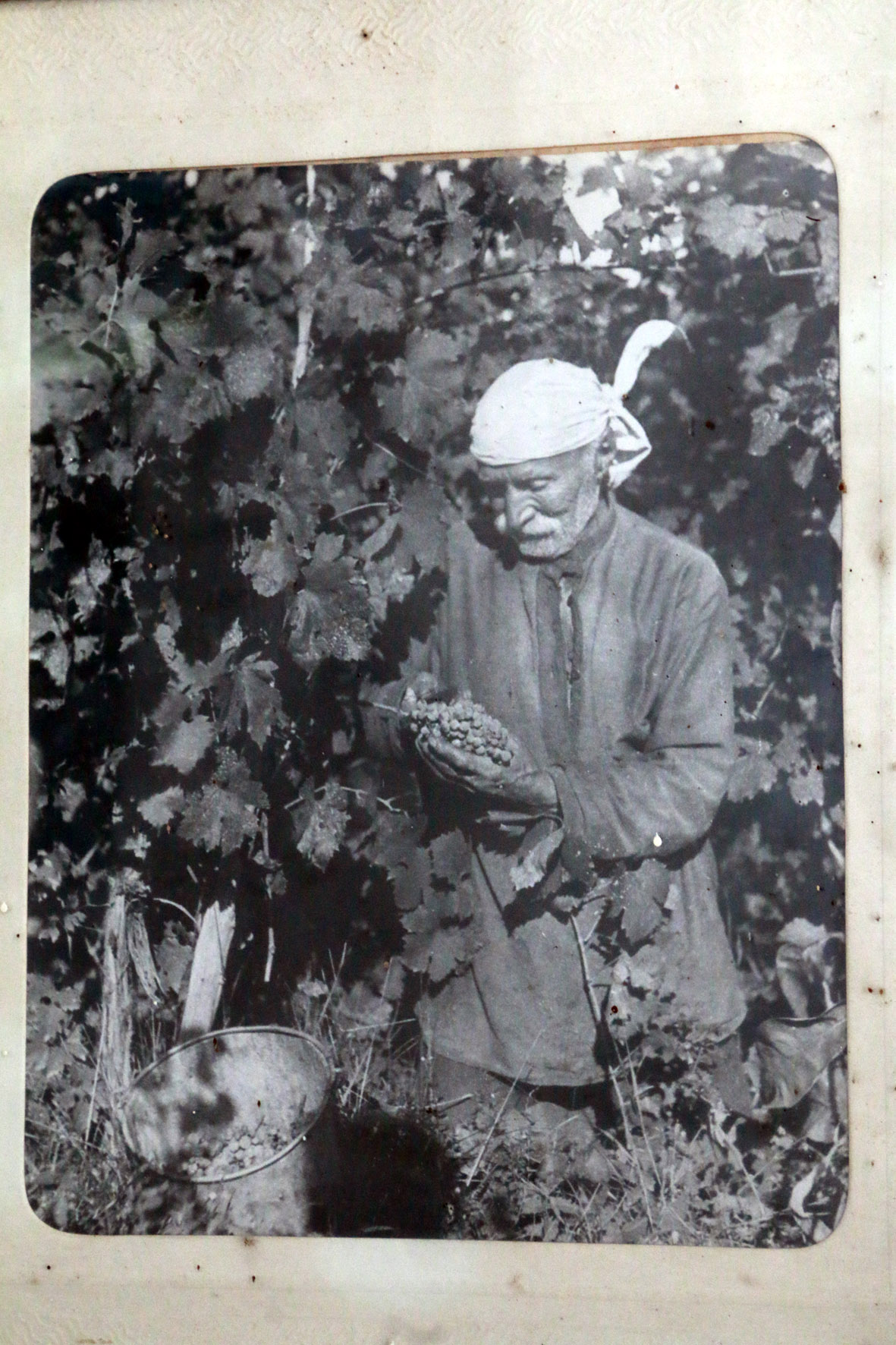 Grigor tells different stories, and each of them sounds like a plot for a short French movie. When I say that everything sounds similar to the movies about French winemakers - same experiences, same problems - he says, “Yes, but there is no Jean Gabin." When their father Ernest joins us, it seems that there is no lack of Jean Gabin. Solid, like Jean Gabin, taciturn, Ernest is lost in his own thoughts. 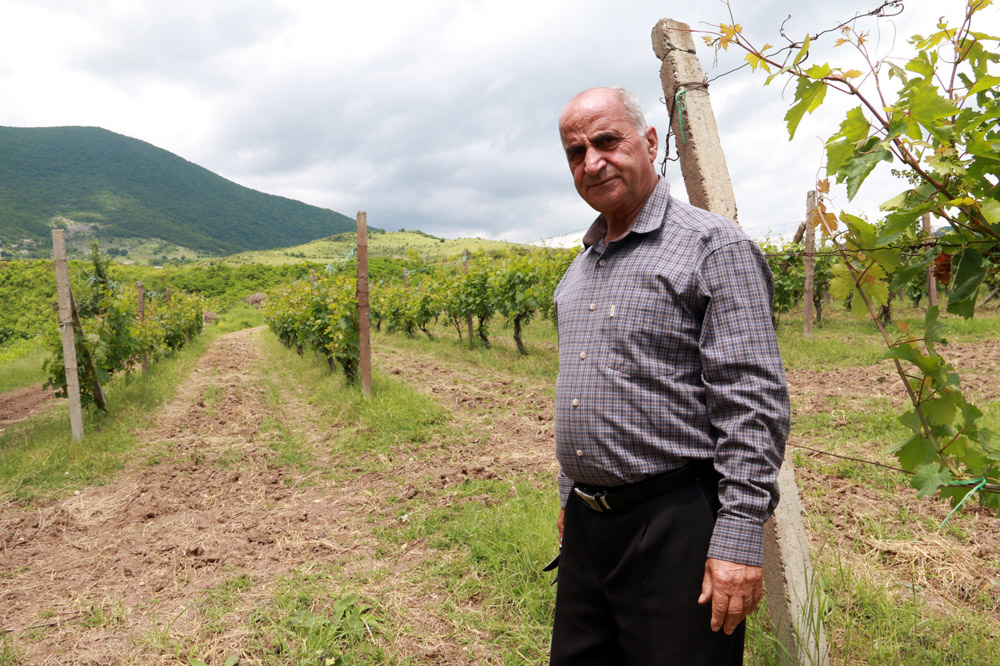 Ernest Avetisyan speaks only of wine. Grigor tells us about his father in the meantime.

During the 1990s Karabakh War, Ernest oversaw the prisoner exchange. Once, after a tough battle, the Azerbaijanis left around seventeen corpses in the forests of Togh. The Azerbaijani side had captured some Armenian soldiers. Negotiations for an exchange commenced.

They did so. Hours went by. Ernest and his friends, temporarily serving as a guarantee on the Azerbaijani territory, and the Azerbaijanis who were watching them, got tired and hungry. For a moment, they all forgot about the war and decided to eat and drink something. They sent for canned food from the nearby village store, opened a bottle, and shared some bread. Then the Azerbaijanis, who’d found the corpses, returned to their side, and the Armenians took their captives and came home - to continue the war the next day. 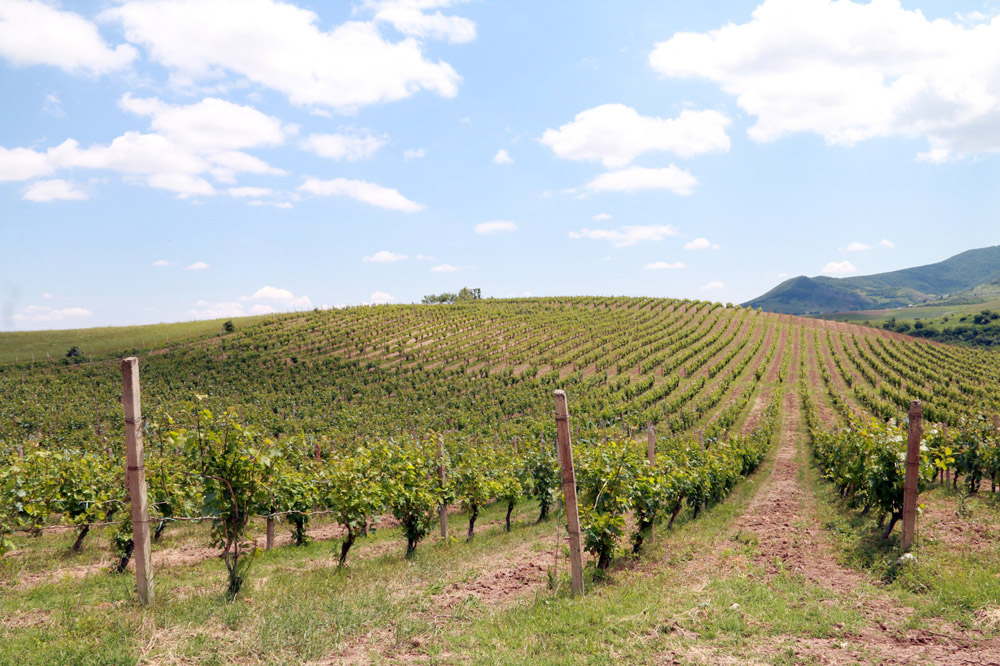 When we went to look at the vineyards near the village, and were sitting on the bank of the river, we could see Ernest from afar. With the sun shining down, he went into his vineyards and looked at each and every grapevine, checking for problems.

In Togh, everything is strikingly beautiful - the village, the small winery, the tiny barrels, the wine in the glasses, the vineyards paralleling the horizon, the people, who work and make jokes, the wine that is poured infinitely and lovingly, and even the name of the disease, phylloxera, that is dangerous for vineyards. To fight the disease, they have to graft phylloxera resistant wild rootstocks.

Phylloxera, a microscopic insect, destroys the huge vineyards, while shells and cannons do not.

In front of vineyards, there are tables quickly laid with drinks and dishes. Grigor's animated stories about life and war, war and life, children that grow up, the people of Artsakh and the rest of the world, add additional color to the striking scene before us.

Nare, who accompanied us on this trip and has so far remained silent, suddenly asks, “Is it true that the raisin dreamt of becoming wine?”