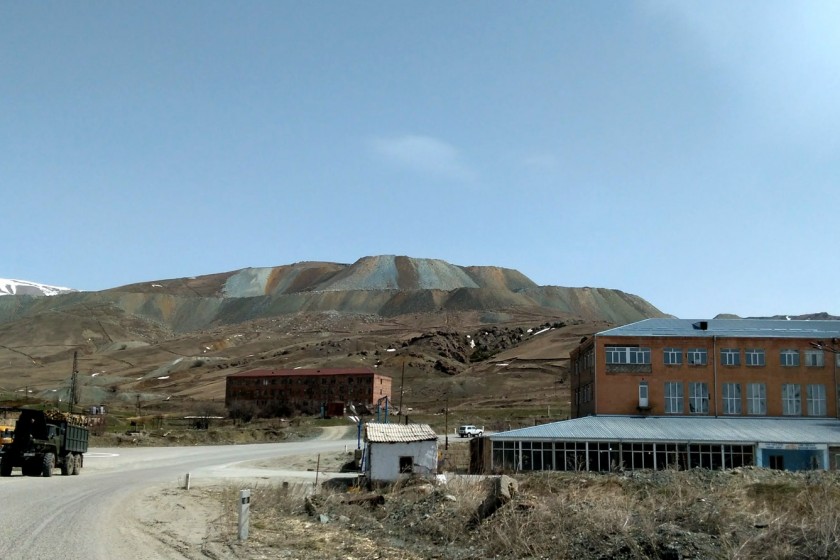 It’s safe to say that most people in Armenia don’t know who's getting rich from exploiting the country’s mineral resources.

Millions of dollars flow out of Armenia every year, into the accounts of overseas multinational companies.

This article attempts to shed a little light on the subject. Here, we focus on GeoPromMiningGold LLC (GPM Gold) the company operating Armenia’s largest gold mine – Sotk (Zod).

Here, we should add that GPM Gold is an arm of GeoProMining, an international diversified metals resource holding company with assets in Armenia and Russia. GPM Gold also operates the Ararat Gold Extraction Plant.

In addition to GPM Gold, the parent company also operates the Agarak Copper-Molybdenum Mine Complex in the extreme south of Armenia.

So, let’s try to make some inroads regarding who owns what.

Hetq wrote to Armenia’s Ministry of Energy Infrastructures and Natural Resources as to the current shareholders of GPM Gold. (Changes had been made in 2013). The ministry responded that the shareholder was Siman Povarinkin. In fact, there’s more than one shareholder in this puzzle.

Data we’ve obtained from the Cyprus corporate registrar with help from our colleagues at Investigative Dashboard, show that 16% of the shares are owed by two Cypriot companies – Belmarsh Solutions Ltd. and Gosforth Enterprises Ltd. – who funnel ownership to Luxembourg.

Sotk Gold and the Russian Connection

We weren’t able to get any information on the shares owned by Altera Investment Fund SICAV-SIF, however, Kiril Genady Antrosov, President of Aeroflot’s Board of Trustees, is cited as the chief director. Antrosov has served in top Russian government posts, including deputy chief of staff to the country’s economic development and commerce ministry. (51% of Aeroflot stock is owned by the Russian government).

Altera Investment Fund owns 7.5% of a Russian company called Russian Machinery, a part of the Bazovi Elemet family of companies owned by Oleg Derepaska, listed as one of the richest men in Russia.

Sberbank Kapital Ltd. owns 31.5% of GPM Gold’s shares. The company is a subsidiary of Sberbank, in which Russia’s Central Bank owns 51%.

Ashot Khachatouryan is the chief director of Sberbank Kapital. The company invests in various companies, with the proviso that in obtains shares in return. In a conversation with Khachatouryan, he said that the companies can buy back the shares later. Sberbank Kapital policy has led to the downfall of many companies accepting its loans.

In December 2013, GPM Gold and Sberbank signed a cooperation memo, after which the bank lent GPM Gold $250 million. In return, the bank obtained 26% of its shares. In 2016, Sberbank Kapital announced that it had obtained a 31.47% share in GPM Gold, not through a loan, but by purchasing shares outright.

Geiser Asset Holdings Ltd. owns a majority 50.2% of GPM Gold. Another 1.5% is owned by Toboali Enterprise Ltd., also registered in the Virgin Islands. We couldn’t ascertain who owns these companies, given that the Virgin Islands state registry doesn’t provide such information to outsiders.

GPM Gold’s extraction license expires in 2028. We don’t know how much gold and silver has been extracted already. We contacted Armenia’s Ministry of Energy Infrastructures and Natural Resources for data on this, but the ministry didn’t reply. It only noted that the Sotk mine has been operating since 1976 and that extraction data, over ten pages, can only be obtained by paying for it. The data is kept by Armenia’s Republican Geological Fund SNCO. Gevorg Hovsepyan, the SNOC’s director, told Hetq that it costs 4,500 AMD annually to prepare and update the fund’s data. That’s a huge amount for a media outlet like Hetq to pay, given that GPM Gold has been operating the mine for the past ten years. 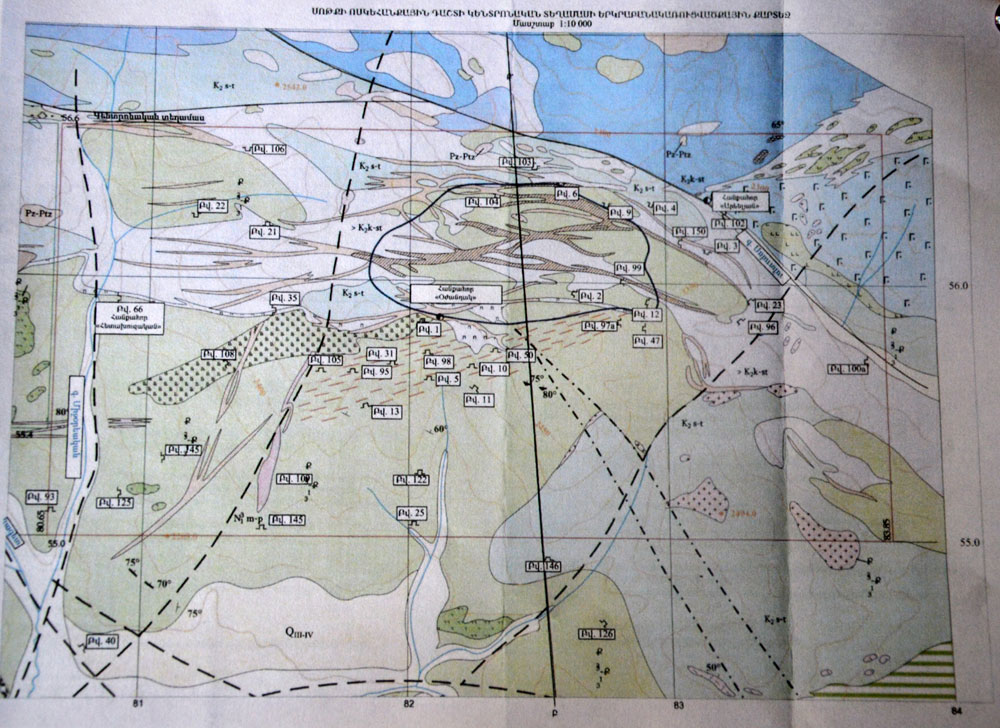 Ruzanna Grigoryan, head of the company’s press division, at first promised to organize an interview, stipulating that we send the questions in advance. Twenty days after sending the questions, she said that Gogotin wouldn’t respond. We had asked about theft at the mines, how much the company had extracted, information about the shareholders, and the state of mining in Armenia, among others.

Hetq sent the same questions to the head of the company’s office in Russia. They didn’t respond.

This year, Armenia became a member of the Extractive Industries Transparency Initiative (EITI), a global standard to promote the open and accountable management of natural resources. The ETI membership includes 51 countries (As of March 9, 2017).

The EITI Standard requires information along the extractive industry value chain from the point of extraction, to how the revenue makes its way through the government, to how it benefits the public. This includes how licenses and contracts are allocated and registered, who are the beneficial owners of those operations, what are the fiscal and legal arrangements, how much is produced, how much is paid, where are those revenues allocated, and what is the contribution to the economy, including employment. The standard also assumes transparency as to shareholders.

Davit Harutyunyan, a former chief of staff/minister of Armenia’s government, and now the minister of justice and president of Armenia’s EITI multi-stakeholder group has written: “The inclusion of EITI will led to ensuring transparency in the mining sector and increasing public accountability. These factors have vital significance for improving the business environment. The efficient management of natural resources can be beneficial for the country’s citizenry, and the EITI is an appropriate tool to reach this objective. Due to EITI, a great amount of information will be accessible to all interested parties. The most important perspective of the process is that the inclusion of interested parties will strengthen mutual trust and cooperation amongst all included parties.”

It appears, that after all this, any talk of information accessibility, mutual trust and cooperation, is just talk, a formality, if all these praiseworthy goals remain on paper.

The mine’s prospects, however, has been evaluated as promising. According to the Sotk mine passport, the main prospects of the mine are related to the exploration of its lower horizons. Taking into account the continuity of gold mining, the gold reserves are estimated at 40 tons. There are sufficient prerequisites for discovering gold reserves in the wings of the mine, in their deep layers, estimated at 20-30 tons. 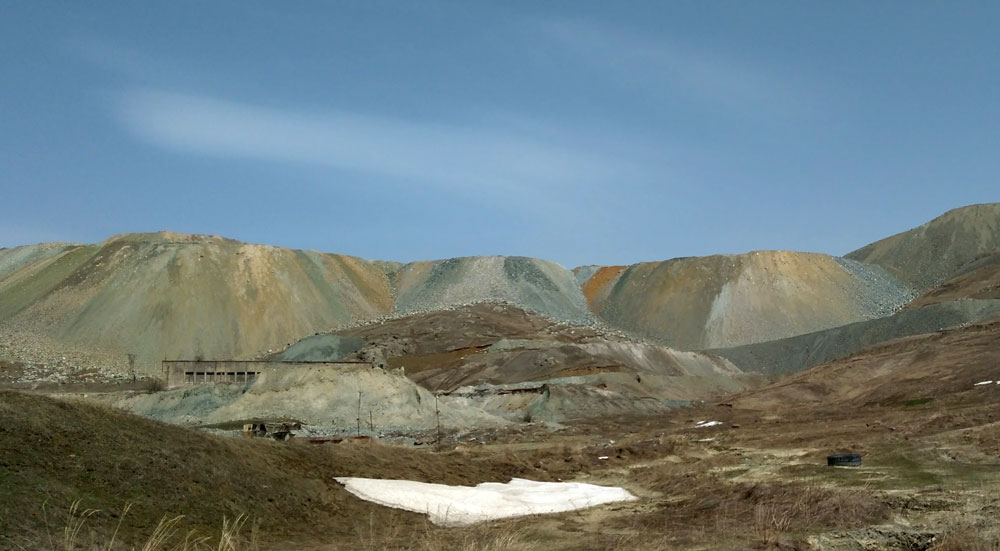 GeoProMining Gold vs. the Government of Armenia

Years ago, Armenia’s Control Chamber studied the legality of mine operations owned by GeoProMining Gold, and recommended that the government consider terminating the company's mining rights. The Chamber found numerous violations, but they were never sent to the prosecutor's office. The government, namely former Ministry of Energy and Natural Resources and Minister Armen Movsisyan, covered it all up.

Hetq wrote to the Ministry of Energy Infrastructure, inquiring as to whether inspections had been carried out at the company's enterprises during the past five years, what violations were uncovered, and what fines were imposed. The ministry reported that the State Mineral Resources Inspectorate conducted inspections at GPM Gold in 2013, 2015 and 2016. As a result of the 2013 and 2015 inspections, violations of design and subsoil use contractual obligations were recorded and the company was subjected to administrative liability only in the amount of AMD 100,000. As a result of the 2016 inspection, more violations were recorded. Specifically, the State Mineral Resources Inspectorate revealed that the company had violated the requirements of the Mining Code and the obligations set out in the 2012 agreement, and did not perform the work in accordance with the terms of the mining agreement and the project.

Additionally, in several samples participating in the mine balance, the gold content did not correspond to the actual content of the laboratory analysis, as a result of which the amount of gold in the ore mined was small, which, in turn, resulted in a significant reduction in the amount of gold recovery from the balance sheet.

GPM Gold filed a complaint at the Administrative Court regarding the audit act which has already been examined. The court will announce its decision on June 30.

According to the basic technical parameters of the Sotk mine development, GPM Gold's annual profit is $78.2 million. For comparative purposes let's note that the 2017 budget of Gyumri, Armenia’s second largest city, is $6.5 million. You could run twelve Gyumri’s with just one year of GPM Gold’s profits.

According to the information provided by GPM Gold, $159 million was invested in Sotk from 2011-2016 and $ 10 million is expected to be invested this year.

P.S. GPM Gold is the second largest taxpayer in Armenia’s mining sector and the 13th largest overall. It paid 9.4 billion AMD in taxes in 2016, up 5.5 billion from the previous year.