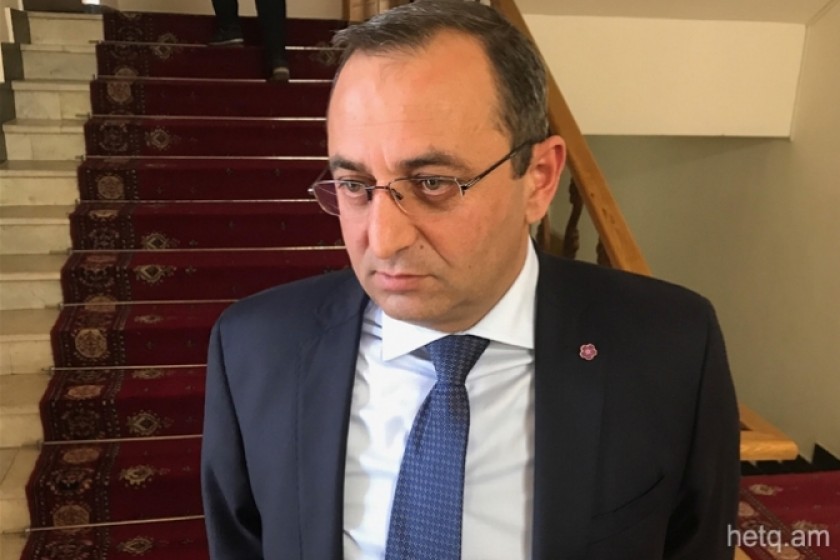 Armenian Minister of Nature Protection Artzvik Minasyan reaffirmed to this reporter that those responsible for the killing of endangered griffon vultures in Armenia would be prosecuted to the full extent of the law.

However, the minister noted that any such prosecution was dependent on the law and that the law specified the statute of limitations for a particular offense.

In October, a photo appeared on Facebook showing Shenavan Mayor Artur Mkrtchyan holding two dead griffon vultures. Mkrtchyan responded that the photo was taken in 2007 and that he found the birds dead, on the side of the road.

The minister said he frowned on people keeping wild animals as pets, noting that the current law is deficient when it comes to safeguarding the health of such animals.

“In the first place, our laws allow people to keep wild animals in certain cases. But the law only specifies the physical requirements; for example, that the cage must be at least 25 square meters. It says nothing about the quality of the cage,” Minasyan said

The minister said he was in contact with the World Wildlife Fund regarding reintroducing bears, now held in private hands, into the wild.

Regarding the complaints by several communities regarding roaming bears and the threat they pose, the minister said that electric fences have been installed in some communities to ward off the animals.

“It’s an electric chain. If the bear gets a shock, if touched. The bear wanders off and doesn’t enter the community. We’ve installed several experimental in the so-called Electric Shephard program. If we get the required funding, we can complete the program.”