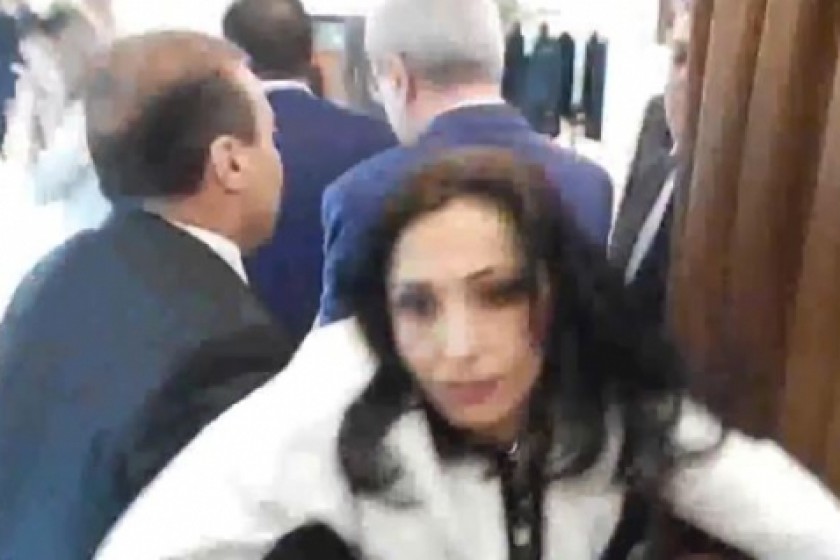 Two Yerkir Tsirani council members showed up at the municipality carrying bottles of a murky liquid into the chamber.

They said the sewage water was a gift from residents of Noubarashen neighborhood to Yerevan Mayor Taron Margaryan for not taking steps to repair the local sewage system. Residents say sewage water backs up, casting a foul odor throughout the neighborhood.

When the council members tried to reach the Mayor Margaryan, he shouted out, “Quick, stop them.”

Taken unawares, some council members from the ruling Republican Party of Armenia attacked the two Yerkir Tsirani members – Marina Khachatryan and Sona Aghekyan – and removed them from the chamber.