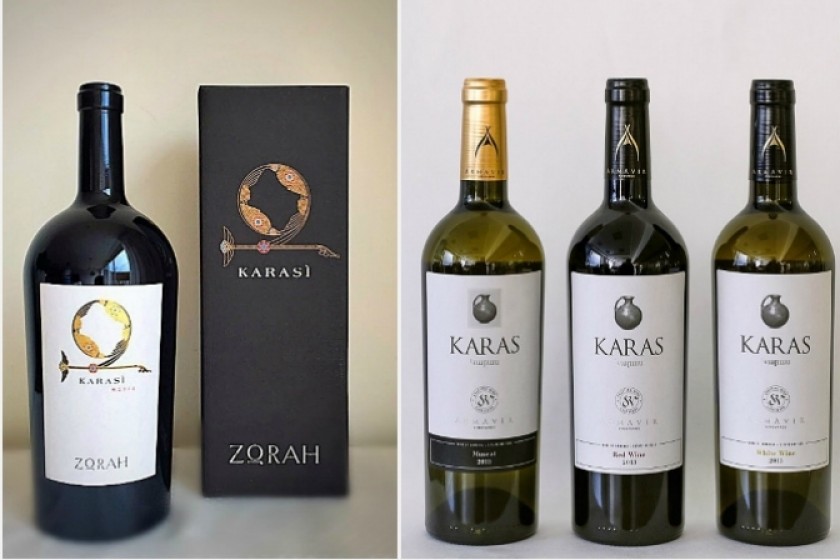 On February 13, Armenia’s Court of Appeals upheld a lower court’s decision of a trademark suit filed by Tierras de Armenia (the company founded by Argentine tycoon Eduardo Eurnekian which produces the Karas line of wines) against Zorik Gharibyan, who produces the Zorah line of wines.

This is the second time that the court has found in favor of Tierras de Armenia, which argues that Gharibyan is using the main element of its “KARAS” trademark, (the word KARAS) to sell his wine, and that this is a trademark infringement.

Gharibyan, in a conversation with Hetq, finds the February 13 ruling as “ridiculous”.

“I was hoping for another outcome, a just decision, but I knew it was impossible,” Gharibyan told Hetq. The diaspora Armenian vintner says he will take the matter to the Court of Cassation.

When asked if he was prepared to take the matter to international tribunals, Gharibyan said he’s already prepared to do so, citing the European Court of Human Rights (ECHR) and the Washington D.C based International Centre for Settlement of Investment Disputes as possible venues.

Gharibyan, in a underhanded swipe at Eurnekian, said that taking the dispute to the world stage was a decision he didn’t arrive at lightly.

“If I was a person for whom making money was my overriding aim, to be the richest man in the cemetery, such a decision would have been easy,” Gharibyan said, reiterating  his claim, made in an open letter to Eurnekian, that Armenian winemaking is the biggest loser from all of this.

The trademark dispute dates to May 2016, when Tierras de Armenia filed a lawsuit against the Intellectual Property Agency of the Armenia’s Ministry of Economy (presently, the Ministry of Economic Development and Investment). Saki and Sons CJSC, which produces Karasi Zorah, was listed as a third-party litigant.

Gharibyan argues that the court only heard evidence submitted in favor of Eurnekian’s company.

“The judges failed to take into account the conclusion reached in 2011 by the Intellectual Property Agency that the labels of the two wines are different. They only looked at evidence of a research ordered and paid for by the other side,” Gharibyan said.

Scandinavian friend of Armenia 2019-01-25 08:30:30
The fat lazy criminal-businessmen in Armenia lack imagination and that is why they repeatedly steal ideas from others. Hopefully their children will be able to think in more creative way.
Ruzzana 2019-01-25 08:30:30
Definitely there is an expanded confusion around this issue. I have read declarations of both parts and it’s just a trademark issue! Karas did not talk about to avoid the using of “Karas” word by other wineries, but showing it in a confusing way on its front labels as Zorah Karasi do. I read Hetq frequently but it’s very very unprofessional how it carries on this problem. All its articles talk about what Zorah’s owner say and think. A good journalism must include both sides guys! It’s a elementary condition to become in serious professionals. Also I see that Hetq also comments on this page as a common reader. That’s not serious! Come on! If all of you are worried about the situation of Armenia regarding corruption, monopoly, etc, also see the distortion of information from Armenian press and people like Zorah’s owner who is looking for attracting attention.
edic 2018-02-20 04:59:07
cThe quality of Armenian wines is getting better, but still there are many and many “wine so called makers “ who just battling “snugger+ water+ vodka” and trying to make profit by presenting all this as “Armenian wine” - Armenian government should finally act take care of this – Armenian government ias well Armenian NOs are no way though , serious and determinate enough when it comes to protecte Armenian brand and food safety- Too much empty talks, and bla bal bla I like both wines mentioned in the article. Unfortunate, there are three places where most of lies being told 1- In election 2- When you attend a funeral 3- In court in front of a judge I would add a 4th place The ministers and city hall in Yerevan… This is when a Armenian minster makes an announcement about food safety and clean drinking water and safe roads or no poverty and so on
Hetq 2018-02-20 01:12:10
Hagop,the links in the article will take you to prior coverage of the lawsuit. Yes, Eurnekian's demand is that the word KARAS not be used at all by others winemakers.
Mel 2018-02-19 18:53:18
Money talks, all else walks. Very disappointing!!!!