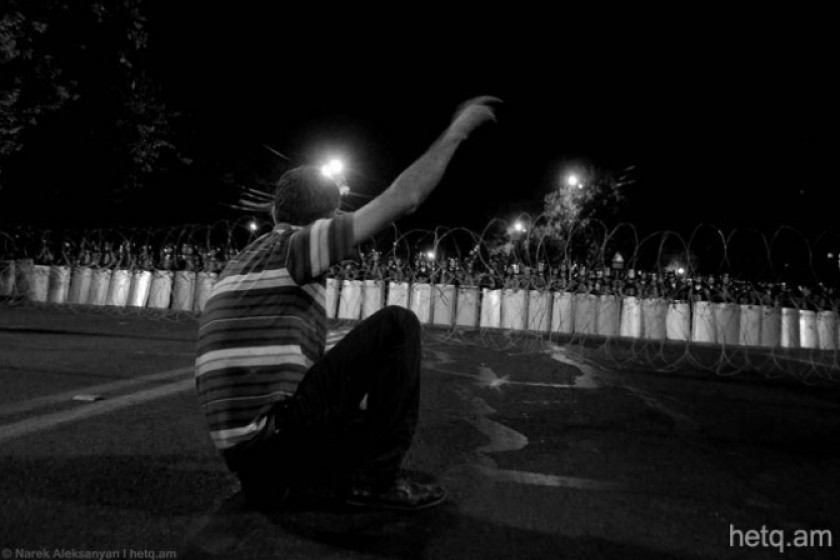 According to the Nations in Transit 2018 report published by Freedom House, Armenia is a “semi-consolidated authoritarian regime.”

Nations in Transit is Freedom House’s research project on democracy in the 29 formerly communist countries from Central Europe to Central Asia. The 2018 ratings reflect the period January 1 through December 31, 2017.

Armenia’s “democracy score” was 5.39 for 2017. The decline, according to the report, “was due to the solidification of systemic corruption as a consequence of the HHK's consolidation of executive, legislative, and judicial power, and due to accumulated evidence of government unwillingness to root out high-level abuse of office.”

In the report’s Outlook for 2018 section we read:

The year 2018 will have a number of key inflection points for the future of Armenian governance. President Sargsyan’s second term will expire early in the year, at which time the full governance transition from semi-presidentialism to parliamentarism will theoretically take place. Questions linger about whether Sargsyan will pursue formal public office—for example, as the new prime minister, who will hold most executive power—or influence politics from behind the scenes as leader of the HHK. His choice, and the filling of the prime minister’s seat if he chooses not to take it, will have fundamental ramifications for institutions at the national level, and will also serve as a strong indication of ruling elites’ true intentions regarding the constitutional changes. The year will also be a testing ground for Armenia’s ambitious foreign policy, particularly for its ability to balance closer cooperation with the EU with its heavy dependence on Russia.