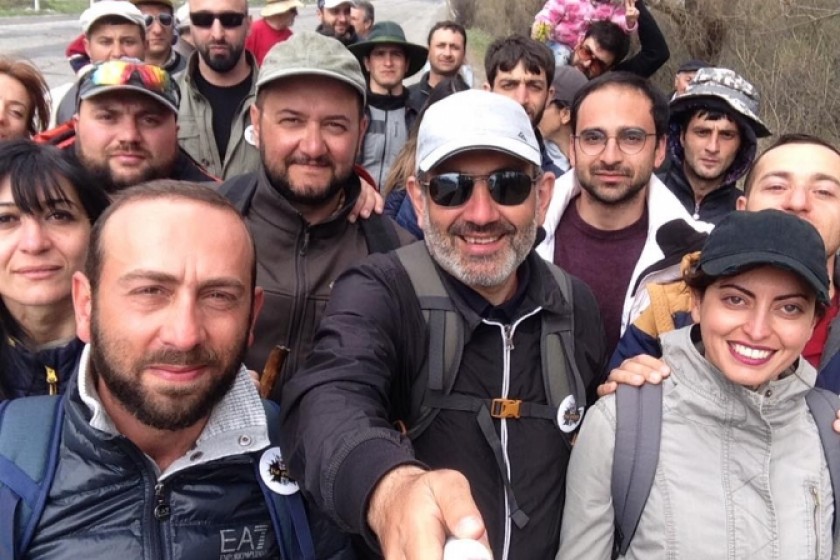 The marchers are on their way from Abovyan city to Yerevan's Liberty Square.

"We have reached the last 20 km of our march. Tonight we will camp in Ptghni, and we will reach Yerevan tomorrow, around noon,” stated march organizer Nikol Pashinyan on his Facebook page.

He added that they expect their supporters to join them in the north of Yerevan around noon tomorrow, to walk together to the Liberty Square to prevent outgoing Armenian President Serzh Sargsyan from becoming the country’s next prime minister.

Arayik Harutyunyan, a member of the Yerevan Municipal Council, said that he learnt that hashtags calling for boycotting classes were painted around the YSU territory. Harutyunyan welcomed this initiative, saying that students should show their position.

"We are just 16 kilometers away from Yerevan, and we started today's march with traditional tree planting. We plant a citizen's tree: citizen’s victory is the most important mission in this campaign," said Pashinyan during the tree planting.

Afterwards, Pashinyan addressed all the communities of Armenia, asking them to participate in the rally tomorrow.