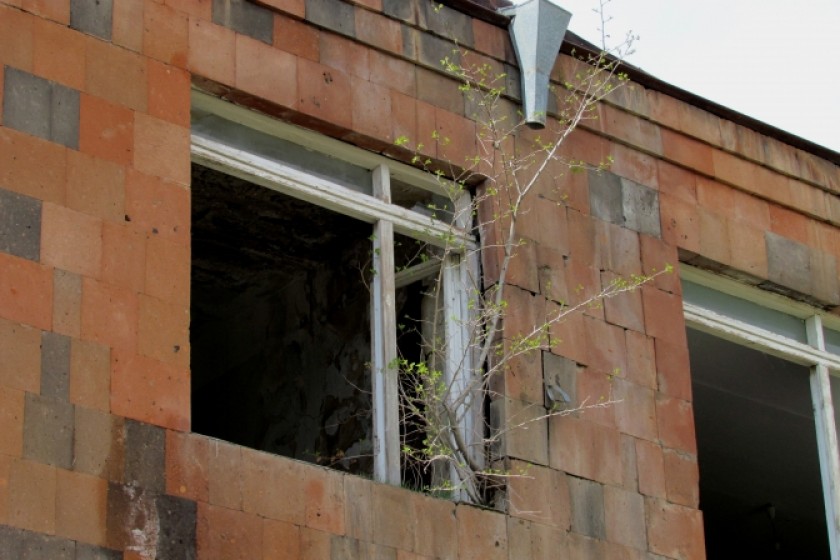 The last time I visited Bagaran, a community in Armavir Province bordering Turkey, was in 2009.

I recently returned and saw that nothing has changed.

Bagaran has no drinking water, natural gas and public transportation. The cultural center is shut and the dirt streets lack night lights.

Upon entering Bagaran, I saw that the door to the municipal building was open. No one was inside. Residents told me that one needs luck to meet with municipal employees since they’re not always at work. 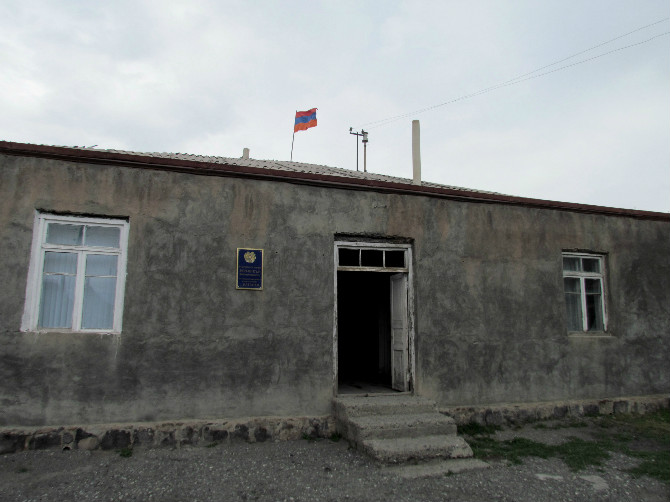 The streets were empty as well. It was as if residents had locked their doors and left.

I did bump into a few people at a place called Frog Spring. They were loading water into various sized containers.

They were disillusioned. Living just a few hundred meters from the border had effectively made them invisible to the government in Yerevan.

Anghalat Ginosyan (photo) a nurse with the Yervandashat Health Center, often travels to Bagaran to see patients and complains about the condition of the roads. She also points an accusing finger at the indifference exhibited by local officials. 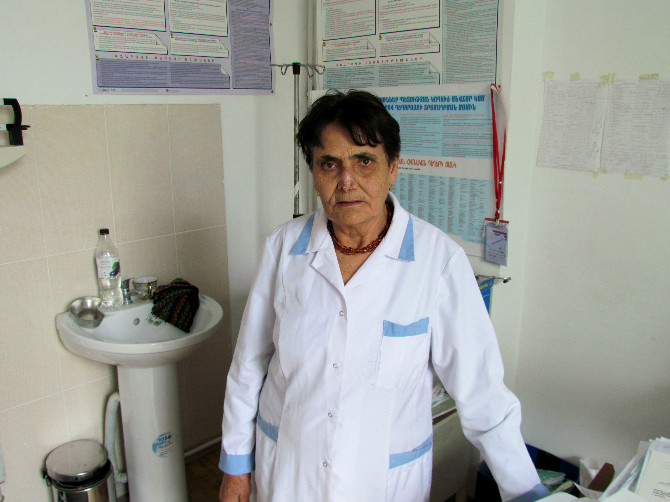 “There’s no progress in the village. If you want to know the truth, no one oversees our village. You’ve seen the condition of the streets. There’s no public transport, so we must wait in the road for someone to drive by and take us. But we have to take a taxi on the way back. And there’s no gas. We’re totally left on our own,” Ginosyan says.

Bagaran Mayor Gevorg Margaryan told Hetq that the community’s budget amounts to AMD 15 million (US$31,000), of which 32% derives from local taxes and other revenue. 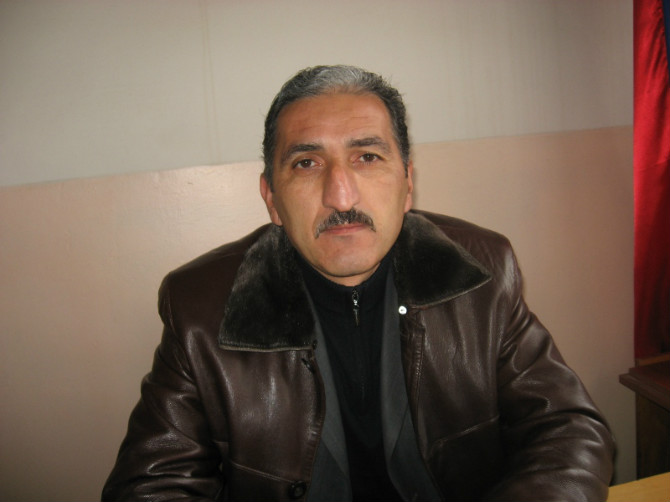 Noting that the budget can’t pay for major projects like building a natural gas pipeline, Margaryan pins his hope on the central government or donor organizations.

“In 2006, the community allocated 46 million drams to get a natural gas pipeline installed. Some of the money was pocketed, so the work was never finished,” the mayor says.

Eight years ago, four villages in Armavir Province (Vanand, Koghbavan, Bagaran and Yervandashat) jointly launched a project to bring in natural gas from the main grid.

The four villages contracted with a company called Manshin Ltd. and handed over half the money up front. The company installed a large diameter gas pipe, but it only reached the village of Vanand. 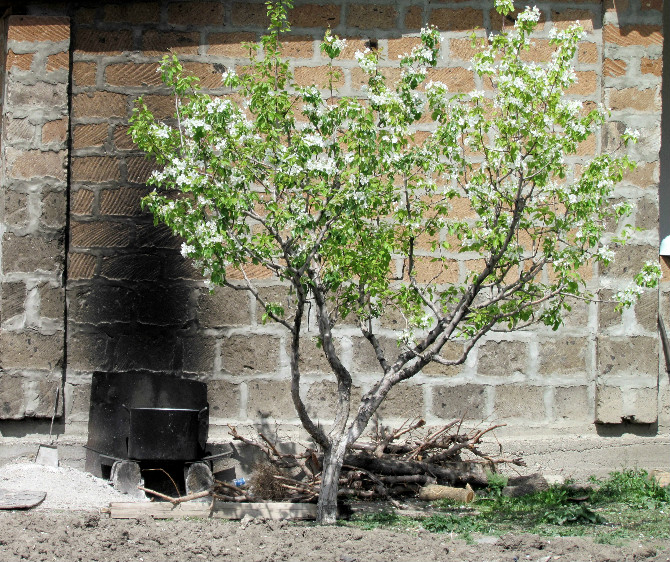 Vahan Mkrtchyan, the Armavir branch manager of HayRusGazArd who founded Manshin Ltd., was found guilty of embezzlement and sentenced to four years in 2010. The court reduced the sentence to two years conditional release.

Referring to the problems facing Bagaran, Mayor Margaryan would begin each sentence with the words, “There’s no money. If we have the money, we’ll do the work.”

When I asked Margaryan what steps he planned to take to renovate the cultural center, fix the roads, and install street lighting, the mayor responded such things needed a government approach. 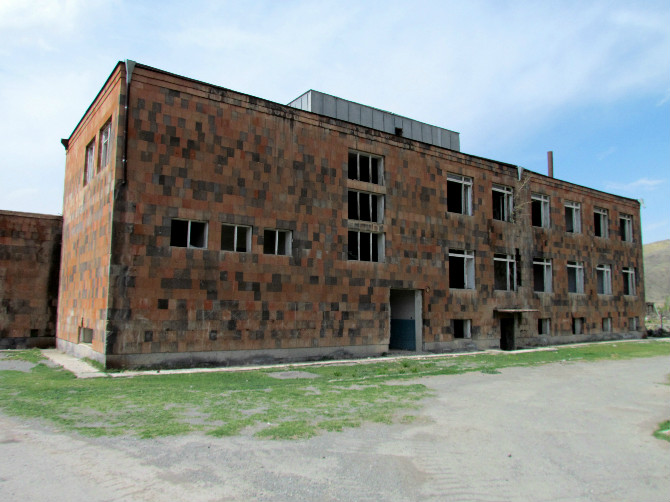 “Those are matters we can’t tackle on our own. Our priority is drinking water. We can then work on fixing the cultural house, which used to show a movie every ten or twenty days,” the mayor said, adding that the center shut its doors in 1990. (I wrote about the water problem in Bagaran in an April 12 article.) 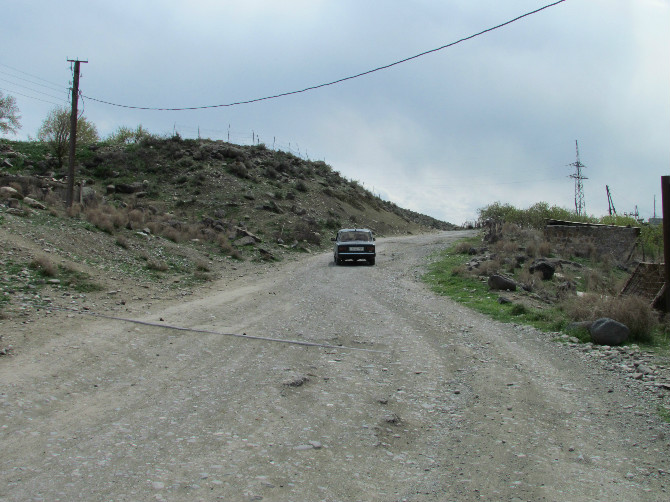 The cultural center is quite large but has been completely stripped bare. It lacks doors and windows. 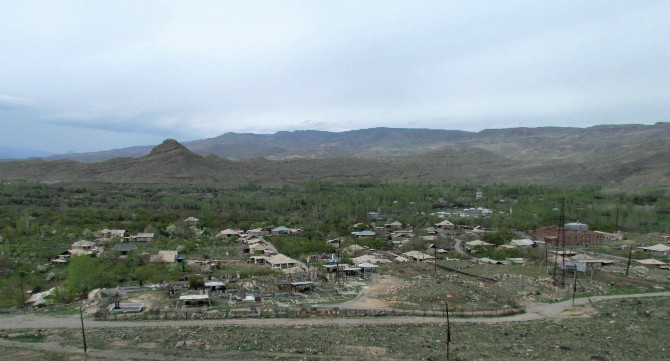 Trees, nourished by leaking rain water, have taken root on the second floor․