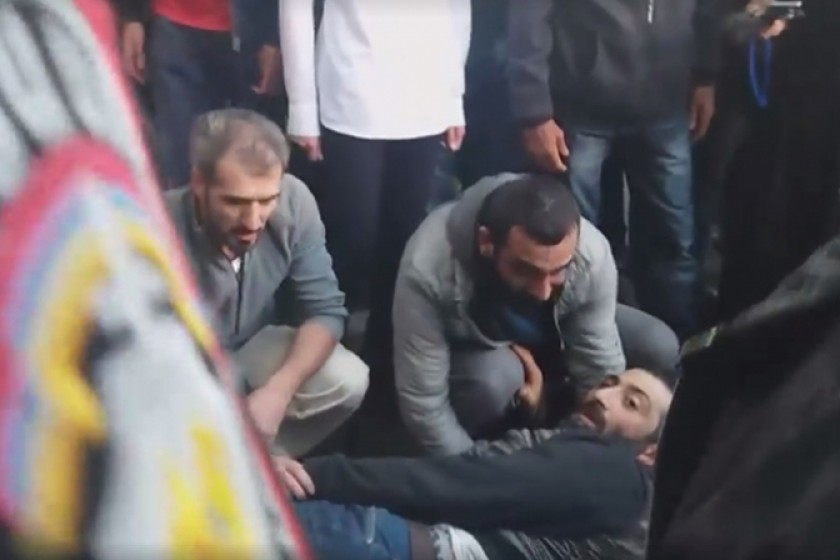 Architect Zaven Grigoryan (above photo) was one of the anti-Serzh Sargsyan protesters injured today on Baghramyan Avenue when police fired concussion grenades.

“We can’t say if all the fragments have been removed. Doctors say he’s in satisfactory condition, but we suspect they are inclined to downplay his condition,” Vardanyan said, adding that his friend suffers from a blood disorder and his health has been poor in general.

Doctors say the surgery went well, but that Grigoryan needs to be monitored for the next four months.