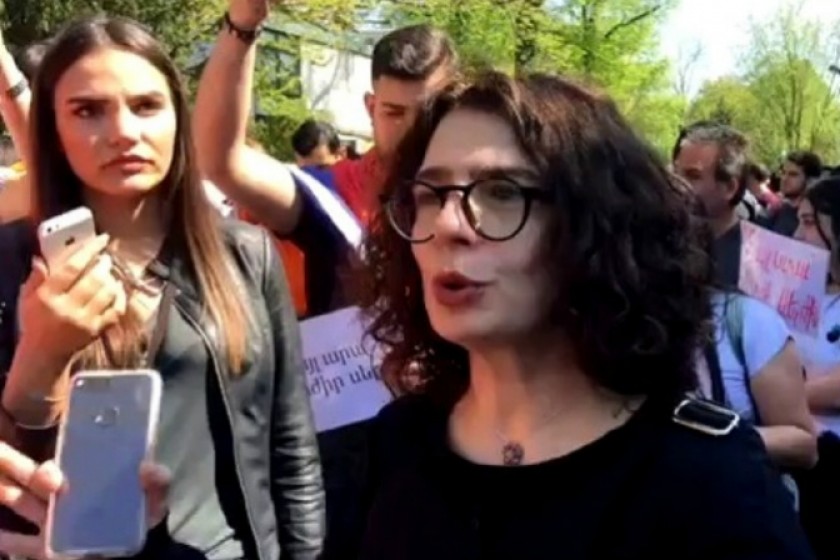 Today, around 350 Armenians living in different parts of Germany, demonstrated in front of the Armenian Embassy in Germany, expressing their solidarity with anti-government protests in Armenia.

Canadian-Armenian actress Arsinée Khanjian, who is currently in Berlin to act in "Auction of Souls" theatrical performance, dedicated to the Armenian Genocide, has also joined the demonstration.

Protester Aram Galstyan told Hetq that their main demands are the resignation of Serzh Sargsyan, new elections, and improvements in the country allowing for the return of Armenians.

Galstyan says embassy employees were following the protest from inside. Several German police officers are monitoring the protest. 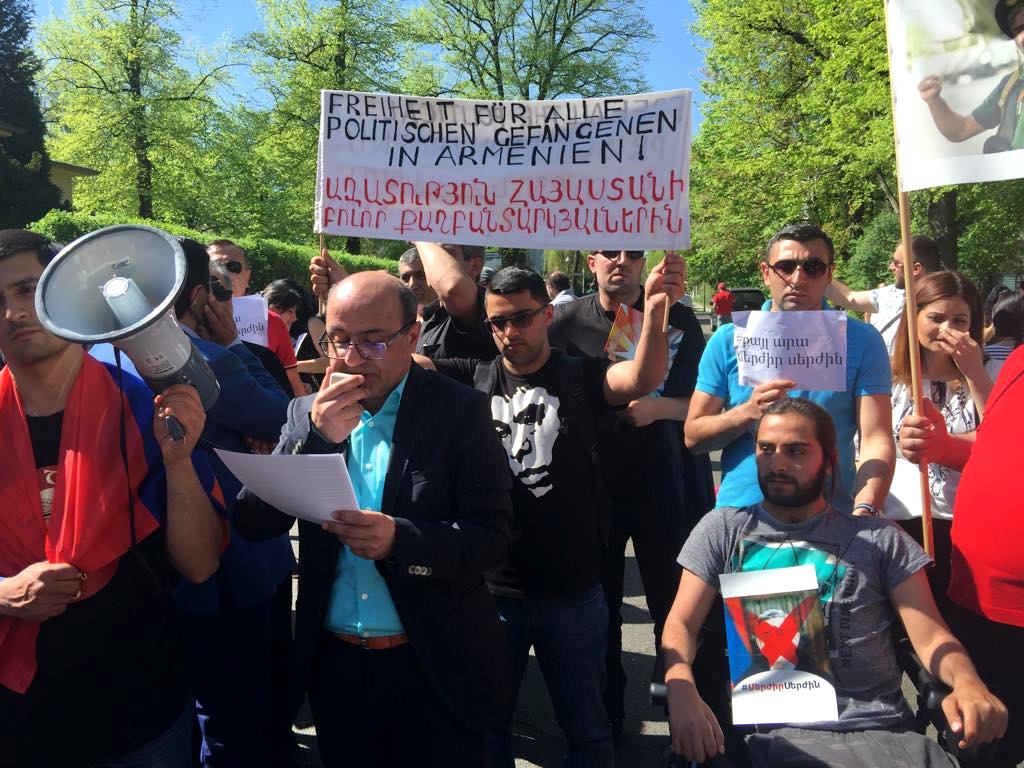 "We, Armenian citizens living abroad, express our support to our compatriots, who have come out to the streets to struggle against the authoritarian system formed through the fraudulent elections and constitutional referendum held in Armenia. At the same time, we condemn any attempt of provocation and violence by the authorities. We urge the authorities to adhere to the principles proclaimed in the Universal Declaration of Human Rights adopted by the United Nations and other international organizations and to end any threat to peaceful demonstrators.”

Anna 2019-01-25 08:30:32
pooh... just another foreign political prostitute. Her premier is Trudeau, then let her get out of Armenia
Onnik 2018-06-12 18:10:35
Anna, please look into the mirror in order to know the meaning of the word that you used for our Arsine. Probably in all your life you won't achieve the one percent of what she did both professionally and as a decent Armenian.I wonder what do you look like nowadays after the cleaning of the trashy and criminal government in Armenia led by your idol gangster called Serzh S.