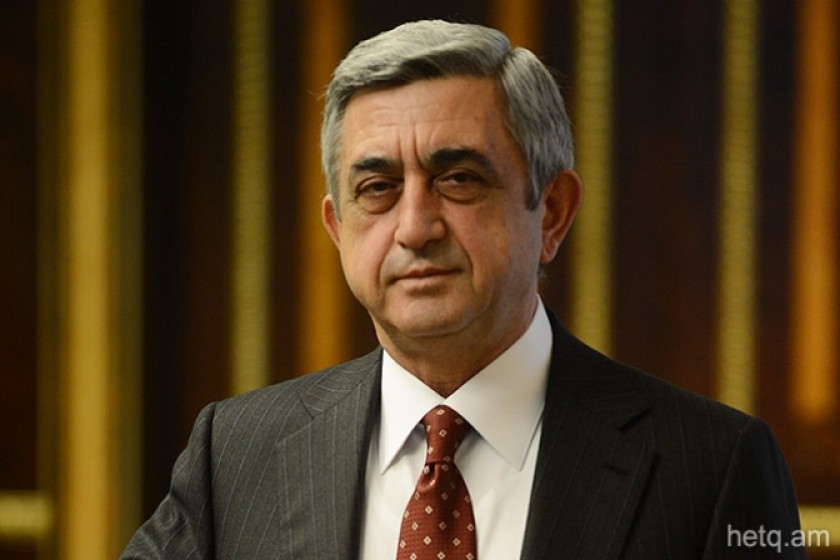 “Nikol Pashinyan was right. I was wrong,” Sargsyan writes

Minutes ago, the website of the Armenian Prime Minister broke the news that after almost two weeks of growing anti-government protests, Serzh Sargsyan has resigned as prime minister.

Sargsyan was elected on April 17, by the National Assembly, a move that triggered a wave of protests.

Since there as yet is no official translation of Sargsyan’s resignation statement, what appears below is an unofficial text.

I appeal to all citizens of the Republic of Armenia, to young and old, to men and women,

I appeal to all those who’ve been shouting “Reject Serzh” in the streets, day and night, and to those who’ve had difficulty getting to work, carrying out their duty solemnly, through closed streets,

I appeal to those who’ve been glued to the live broadcasts for days, and to those, who day and night, like men, were defending the public order.

I appeal to our brave soldiers and officers on the borders, I appeal to my comrades-in-arms,

I appeal to my political party friends, to all political forces and

I appeal to you as the country’s leader for the last time.

Nikol Pashinyan was right. I was wrong. The current situation has several resolutions, but I will not invoke any of them. That’s not me. I am leaving the post of Armenia’s prime minister, the country’s leader.

The street protests are opposed to my tenure. I am fulfilling your demand.

Peace, harmony and rationality to our country.