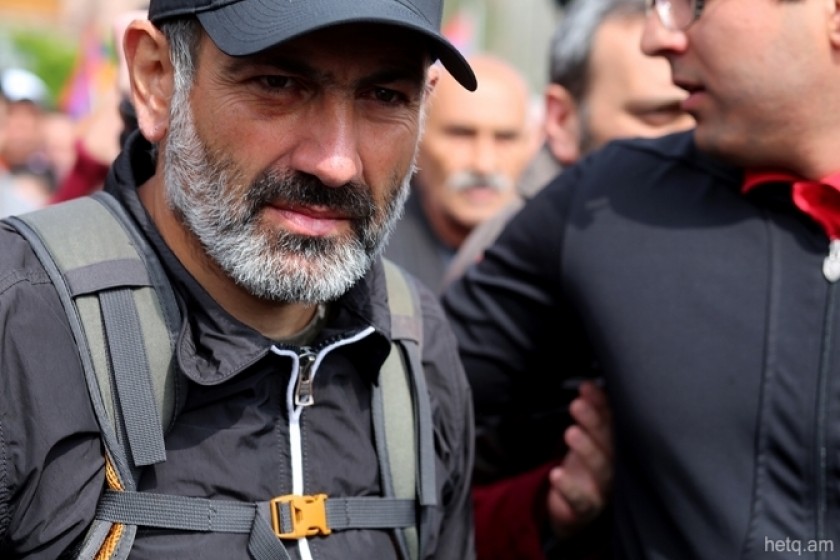 Pashinyan Responds to RPA Announcement: "Not bad, but not good"

At an anti-government rally in Vanadzor today protest leader Nikol Pashinyan said the decision of the Republican Party of Armenia (RPA) not to nominate a candidate in the May 1 election for a new prime minister “isn't bad, but neither good”.

“To be good, I believe the RPA needs to declare, with the other parliamentary factions, that it is nominating the people’s candidate,” said Pashinyan.

Earlier today, RPA spokesman Edward Sharmazanov announced that his party, which has a parliamentary majority, would not nominate its own candidate due to national security concerns and to prevent possible clashes in the country.

Pashinyan said he’s prepared to meet with all RPA MPs, simultaneously, to assure them that such a process would bring the political crisis in Armenia to an end.

“If MPs from the RPA and other factions take this step they will become the co-authors of this historical achievement. I wish to say again that I hope other political forces will not attempt to steal the people’s victory, because such a move would lead to their ouster,” Pashinyan said.