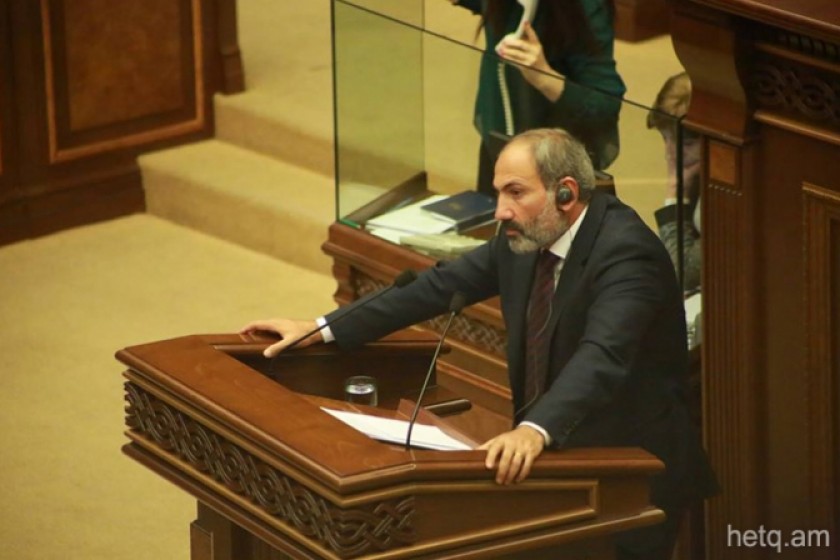 By a vote of 56 to 45, Armenia’s National Assembly has voted not to elect Nikol Pashinyan as prime minister.

Immediately after the vote, Pashinyan rushed to join the thousands now gathered in Republic Square who were anxiously awaiting the election results.

The constitution states that a new election will be held in a week’s time.

102 of the 105 deputies in Armenia’s National Assembly were present for today’s vote to elect the country’s next prime minister.

All voted except for two – Aghvan Vardanyan (ARF) and Rustam Makhmoudyan (Republican Party of Armenia). Makhmoudyan later said he had voted against Pashinyan.

45 voted in favor of Nikol Pashinyan and 56 voted against him.