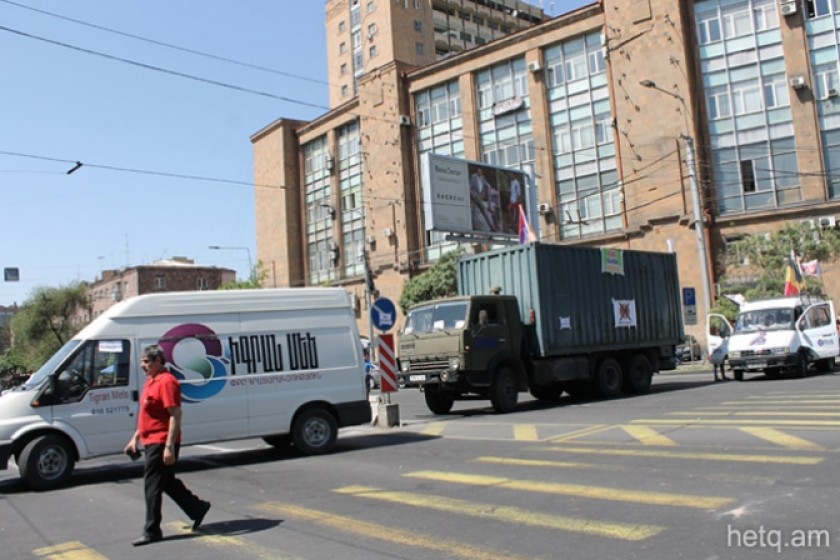 Many major thoroughfares in Yerevan have been brought to a standstill, especially in the center of town.

Heeding the call made by Nikol Pashinyan for increased civil disobedience after the National Assembly failed to elect him prime minister yesterday, people started to close a number of streets in the Armenian capital -Arshakunyats, the streets around the Municipal Building, and the entire stretch of Mashtots Avenue, which has been turned into a pedestrian promenade.

Some streets have been turned into makeshift football fields.