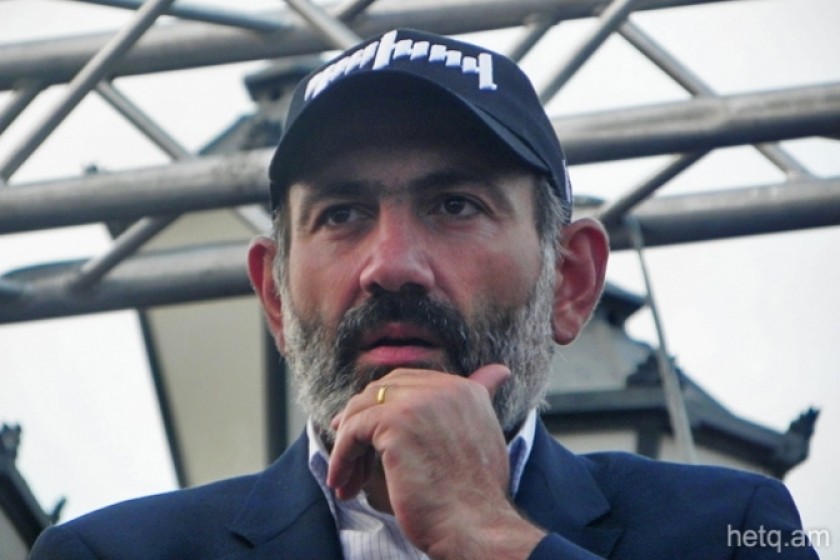 From the stage in Republic Square, Prime Minister Pashinyan called on us to step up if ever he is in the wrong.  Today I answer that call.

Deputy Pashinyan was elected Prime Minister by the leverage of the people amassed in Republic Square.

As a candidate, Pashinyan had on two occasions the responsibility to announce to the National Assembly who he would work with in his new government, and he declined to do so.

If today’s list of ministers had been announced then, more than half of those amassed in Republic Square would have, or should have, left.  There are more women than men in this country, and civil society organizations, most led by women, were essential to this movement, and yet only two women are appointed as ministers.  There are plenty of qualified women leaders, and a “people’s government” needs to reflect “the people”.

Unfortunately, this is not the only mistake.

Born in California, but as the grandchild of survivors of the genocide, I choose to reside and work in Armenia as my personal response to genocide.  In 1989, in violation of my visa, I stood on the steps of the Matenadaran to support the Karabagh Movement.  In 1998 and 1999 I taught law at Artsakh State University in Stepanakert.  I have lived and worked in Yerevan since 2004.  I am an RA citizen as of 2013.  My dedication to Armenia should not be questioned, and yet the new Minister of Economic Development and Investments, when a deputy in 2012, announced that my “type of people” “destroys Armenian society.”[1]   For you see, by chance I was born both Armenian and gay.

In May 2012, two individuals fire bombed the gay-friendly DIY bar in the basement of a residential building on Parpetsi Street.  Considering gas lines, the fire could have spread and caused loss of life to residents.  Thankfully, it didn’t.  Under the RA criminal code terrorism includes committing explosions and arson to violate public safety and to intimidate.  But the perpetrators, supported by today’s Minister of Economic Development and Investments, were only charged with vandalism.  Upon personally bailing out one of them, today’s Minister justified the criminals by stating at that time that they had “acted correctly” “in the context of our society and national ideology”.[2]

Thus, today’s Minister of Economic Development and Investments, while a deputy, announced publicly that attacks against fellow Armenian citizens, who happen to be gay, is correct.  He said that it was correct to commit a crime.  In so doing, he violated his ethical duties as a deputy, and he incited others to commit crimes.  After his comments, DIY bar was attacked a second time.[3]  This is the phenomena of hate speech and hate crime.

Even if building a political coalition was a priority for Prime Minister Pashinyan, a man who can stand up to our former President could have also nicely asked ARF to choose someone else — someone other than today’s Minister of Economic Development and Investments.

Armenia today is different, yes, but not new.  A new Armenia must be welcoming and inclusive of all citizens.  A new Armenia cannot have as a minister a person who justified and incited hate.

My grandparents did not survive a genocide, an act of the highest level of discrimination, for me to live in a discriminatory Armenia.

(Born in California, Vahan Bournazian resides in Yerevan where he conducts research and teaches human rights.)