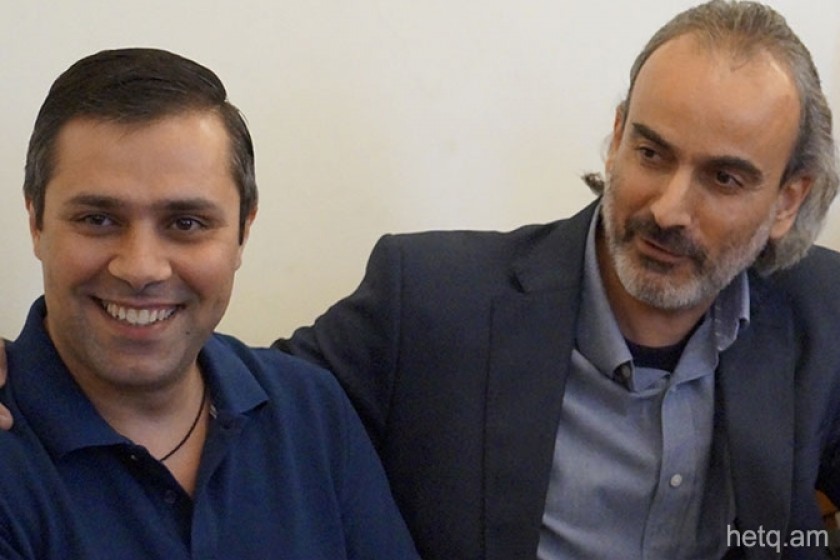 Five defendants arrested and convicted in the 2016 “Jirayr Sefilyan Case” on charges of illegal arms possession and conspiracy to seize government buildings were released from detention today while a Yerevan Court of Appeals reviews their petition to have their convictions overturned.

Galust Grigoryan, Nerses Poghosyan, Sasunik Kirakosyan, Hrayr Topchyan and Galust Grigoryan were released after signing pledges not to flee the country. Their original sentences were changed to a maximum of two years.

Sefilyan is also expected to be released from detention after a number of MPs post his bail of 7.5 million drams.