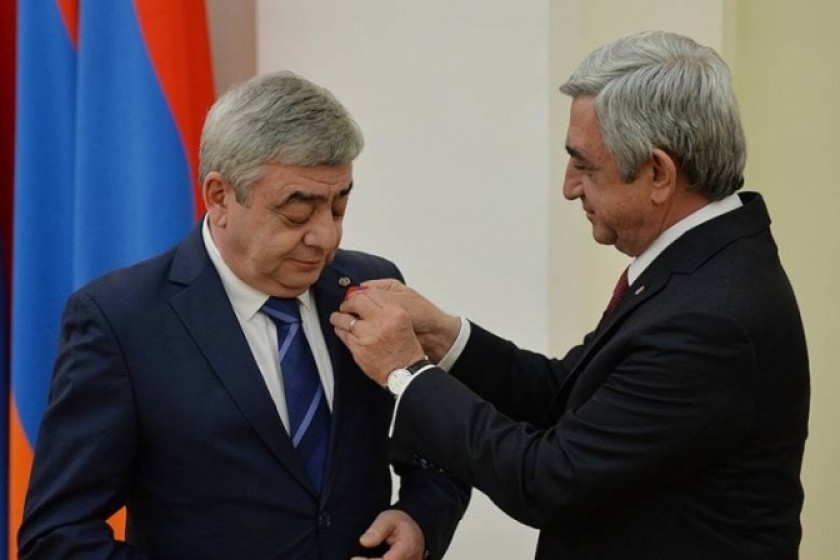 Armenia’s Special Investigative Service tells Hetq that an arrest warrant has been issued for Levon Sargsyan, brother of former Armenian president and prime minister Serzh Sargsyan, on charges of "illegal enrichment" and other financial irregularities.

Levon Sargsyan sits on the board of the Pyunik Charitable Foundation, which owes 40% of JLJ Proyect Company LLC, the firm charged with cooking its financial books.

The person who answered Hetq’s call to the foundation said that Levon Sargsyan was not in Armenia and didn’t know when he’d return.

Levon Sarkisian and his two children have been under investigation after law-enforcement discovered US$6.8 million held by them in an unnamed Armenian bank.

The State Revenue Committee (SRC) launched criminal proceedings against them on June 29, after announcing that a company linked to Levon Sarkisian had been fined 800 million drams ($1.7 million) for tax evasion.

The SRC said that investigators uncovered documents showing that he, his son Narek and daughter Ani deposited a total of $6.8 million in the unnamed bank “in the second half of 2017.” It stated that the ex-president’s youngest brother and Ani Sarkisian failed to disclose these amounts to a state anti-corruption body while Narek did not file any income declarations.

HAGOP 2018-07-08 00:24:56
FREEZE HIS ASSETS! SEND HIS NAME TO INTERPOL! BLOCK HIS PASSPORT! PLACE LIENS ON ALL HIS PROPERTIES! ALL THE DIRTY COCKROACHES IN ARMENIA WHO STOLE MONEY ARE NOW RUNNING AWAY. WHAT A SHAME. AWFUL. DISGRACE TO THE COUNTRY. THEY SHOULD ALL BE EXTRADITED AND THROWN INTO KHOR VIRAP! THEY ARE TRAITORS TO THE ARMENIAN PEOPLE AND NATION!