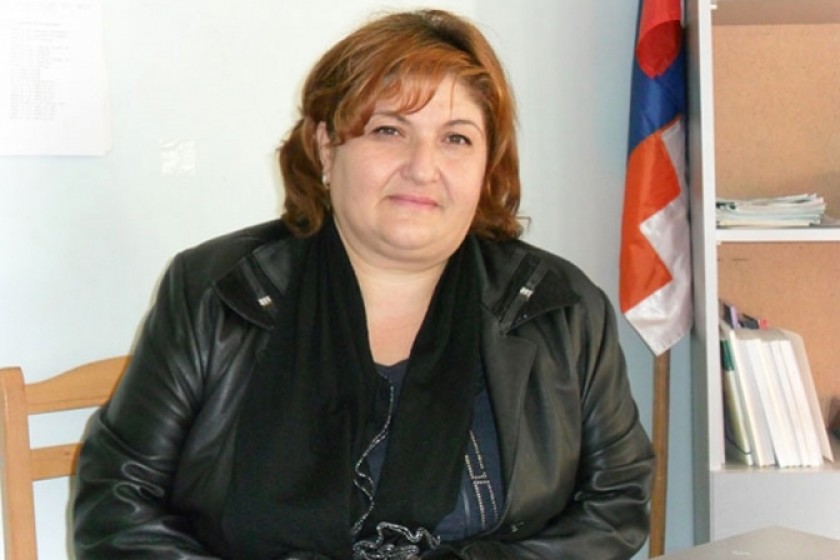 Bowing to allegations of corruption, Alvard Ohanyan, mayor of the Artsakh community of Dadivank, resigned today.

Residents of Dadivank, in the north of Artsakh, had staged demonstrations for the past several days, demanding that Ohanyan resign because she was using construction material allocated by the government for personal use.

Surprisingly, Ohanyan will remain as acting mayor until October 1, when a replacement will be appointed.

“I did nothing that could become crucial for Artsakh later on. I wrote my resignation much earlier,” she told Hetq, claiming that she submitted it on September 1, but was told by the provincial government to go on vacation and that a decision would be made afterwards.

The main contender is rumored to be the driver of the community’s ambulance.

mahmouzian 2019-01-25 08:30:37
at list hopefuly she used on her house. most of the time. they sold it.
mahmouzian 2018-09-26 16:21:03
the material given where never supervise they did with it what please them. most of the time they sold it and poket the money .this material was sold underground at quarter of the price of the real value. if hetq want more detail I will be very happy to give you 20 year of it
Robert Davidian 2018-09-24 16:56:04
Just great! Corruption is decreasing daily in the new Armenia! The next test towards true rule-of-law justice will be if corrupt criminals are found guilty, jailed and the assets they stole are seized and returned.