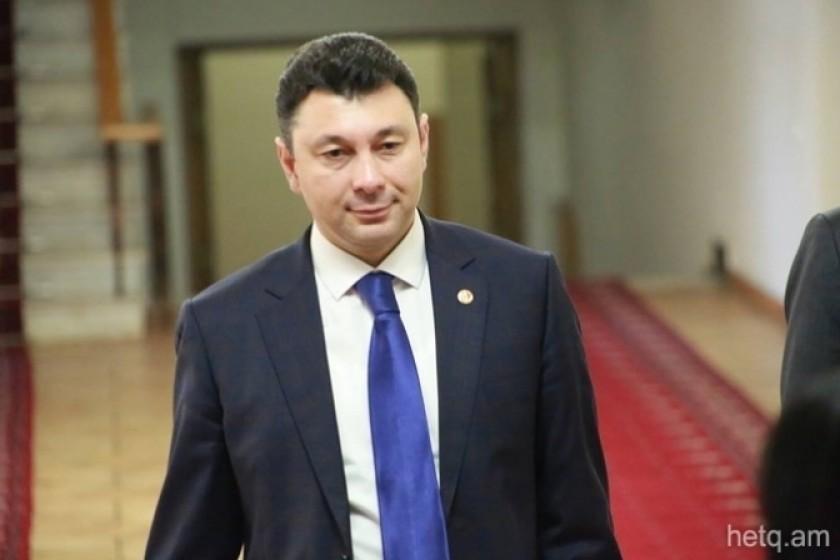 Eduard Sharmazanov, Armenian National Assembly Vice President and spokesman for the Republican Party of Armenia (HHK), told Hetq that the party hasn’t yet decided whether to field candidates in the snap parliamentary elections scheduled for December.

The HHK is said to have discussed the matter during yesterday’s HHK executive board meeting.

Today, an article appeared in the local Armenian press (www.1in.am) claiming that the board decided to participate in the upcoming elections and that it would field a list of five candidates headed by Vigen Sargsyan. (The others are Arpineh Hovhannisyan, Davit Harutyunyan, Armen Ashotyan and Eduard Sharmazanov)

Sharmazanov refuted the veracity of the article, saying that no such list exists.

He said that any list of candidates would be discussed by all HHK members and bodies throughout Armenia.

“We must first decide whether to participate in the elections or not. We must then decide in what format, an alliance or just the party. Drafting a list follows. Any talk about a five-person list is an insult to the party,” Sharmazanov said.

He said that former Armenian President Serzh Sargsyan hasn’t yet expressed any position on the elections. (Sargsyan is the president of the HHK).