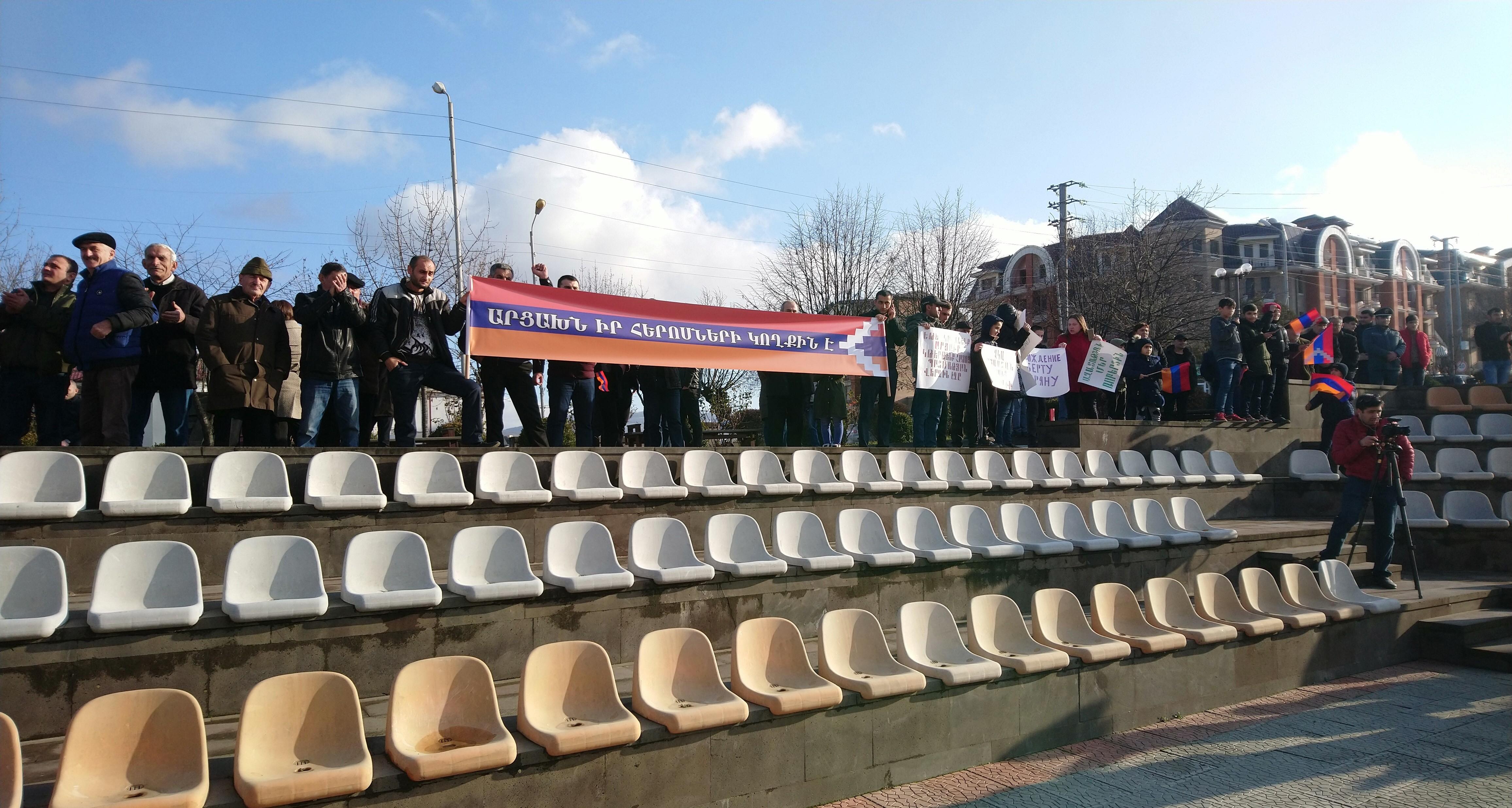 Protest organizer Grigori Afanasyan, who teaches physics at Artsakh State University, told Hetq that Kocharyan served valiantly in the Artsakh War and that no one has the right to imprison those who fought to defend Artsakh.

The top photo shows demonstrators holding a banner that reads “Artsakh Stands with Its Heroes”.

Afanasyan said that those who did not fight in the war, a slight to Acting Armenian Prime Minister Nikol Pashinyan, have no moral justification to prosecute those like Kocharyan and other war vets.

Donora Gabrielyan, the rector of Stepanakert’s Mesrop Mashtots University, and Vera Khachatryan, who teaches Russian at Stepanakert P.S. 7, were among the speakers calling for Kocharyan’s release.

“I ask for the immediate release of that man. Why? Think for a moment. What if our eternal enemy, the Turkish dog, just a few meters distant, sees us accusing a national hero. That would please the enemy. I ask you to stand until the end and continue our struggle. Freedom to Robert Kocharyan, a great man of the Armenian people,” declared Aleksandr Hayrapetyan, a member of the Artsakh Movement, from the podium.

When this reporter asked Hayrapetyan if the charges against Kocharyan were false, he replied that he couldn’t say since he didn’t know anything about the March 1-2, 2008 events in Yerevan that left ten dead.

Rector Gabrielyan told the demonstrators that the steps taken against Kocharyan in Armenia had upset her.

“If Mr. Kocharyan is guilty, they should have proven it before detaining him. They always do the opposite. They arrest first and then scramble for evidence,” Gabrielyan said, adding that she wouldn’t want to unite with such an Armenia.