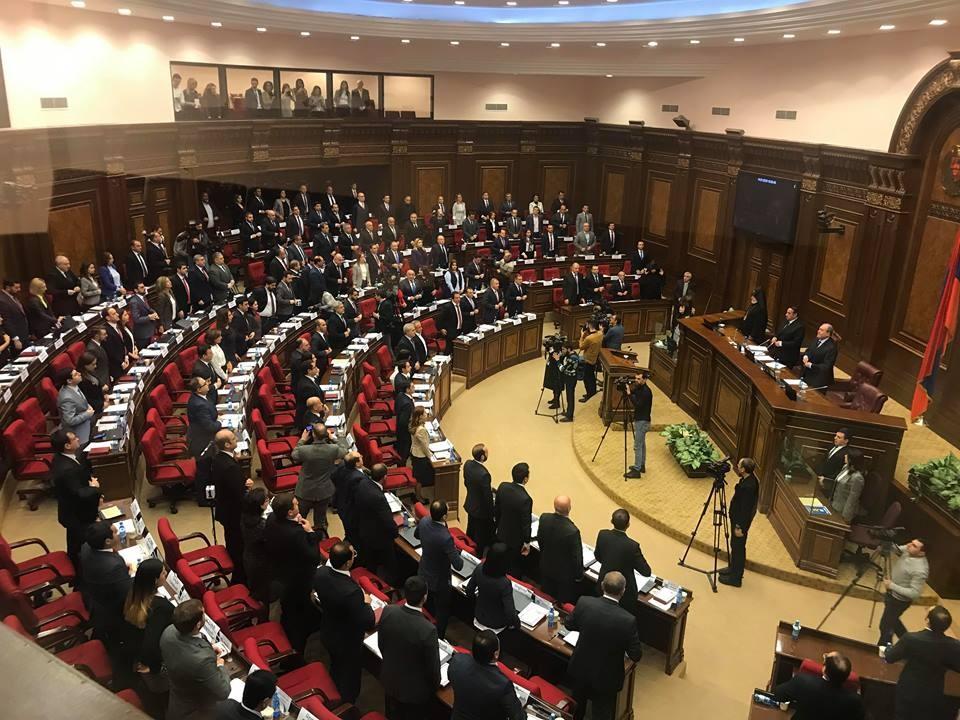 New Armenian Parliament Gets to Work

Catholicos of All Armenians Garegin II and Armenian President Armen Sarkissian were on hand at the National Assembly as MPs in the new Armenian parliament got to work today.

Chairing the session, as per tradition, was the oldest MP – Knyaz Hasanov, the national minority representative from the My Step Alliance.

Also attending the first session of the new parliament was Prosperous Armenia Party leader Gagik Tsarukyan, who had the worst attendance of any MP in the previous legislature.

“It’s now the period of realizing hopes and promises and of daily work, dear MPs. You have received the extensive means to bring to life the ideas of the velvet revolution and to justify the expectations of the people,” President Sarkissian said.