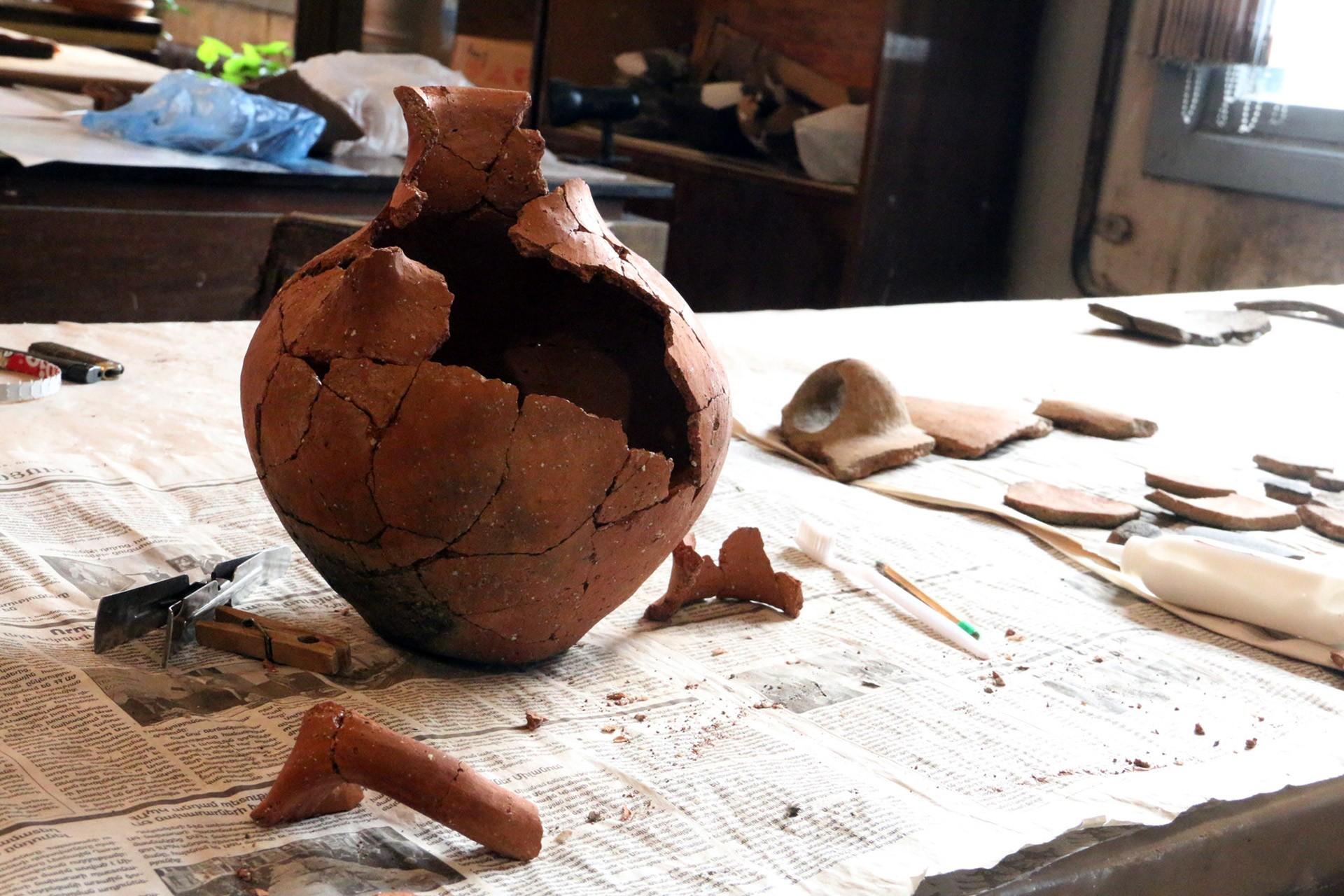 When paying a visit to the Institute of Archeology and Ethnography NAS RA, it’s common to find piles of boxes all over the building. These boxes contain excavated materials from different parts of Armenia. 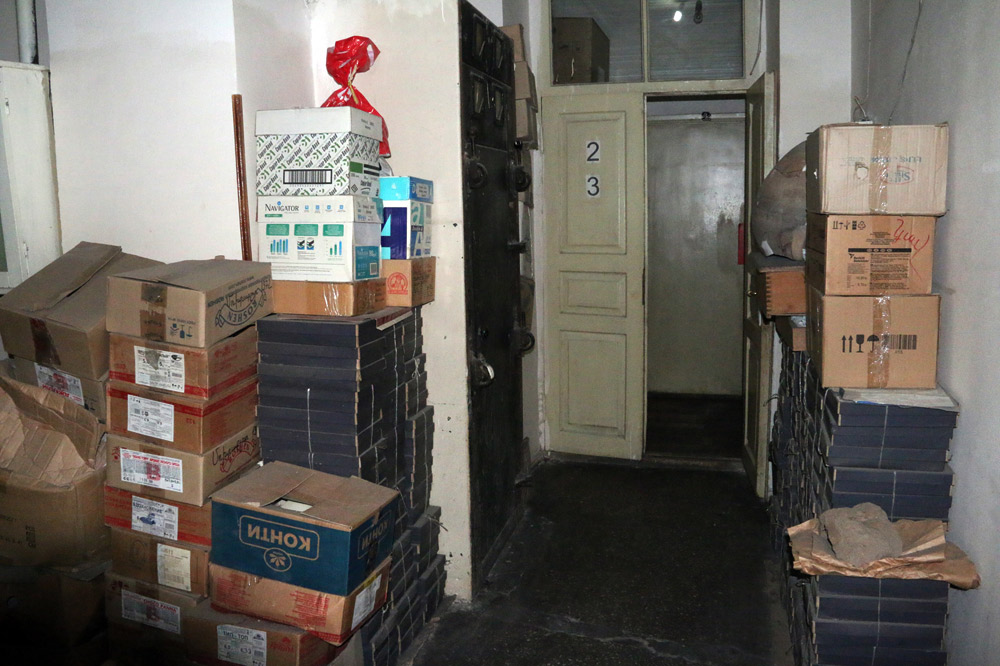 The Institute is 60 Years Old

The Institute of Archeology and Ethnography (IAE) was founded in 1959 and is mainly engaged in archeology, ethnography, and folklore studies. 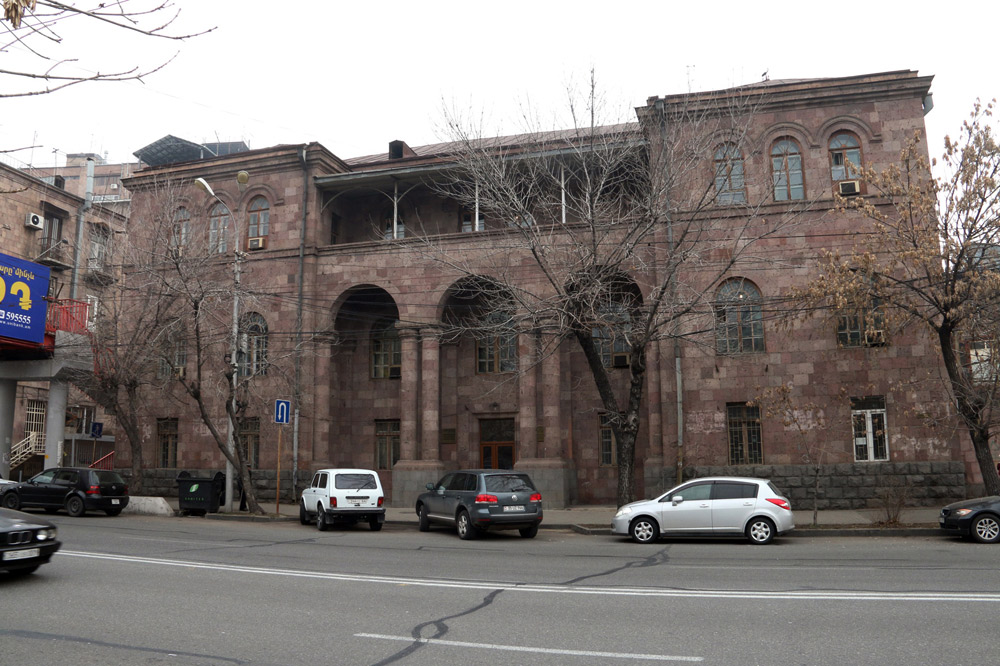 Doctor of Historical Sciences Pavel Avetisyan, the Institute’s  director and a corresponding member of Armenia’s National Academy of Sciences, says that they conduct many excavations every year and the materials are brought to the Institute to be cataloged, processed, and conserved.

The institute's space is too small for the large quantities of materials, and the number of boxes grows every year, while processing materials is quite time-consuming and requires both knowledge and finances and  it’s only possible to get archaeological information about excavated materials after restoring, measuring, surveying, and undergoing a series of other actions.

One of the latest famous excavations led by the IEA was in the Areni cave, where archaeologists found an old winery and the oldest leather shoe in 2007-2008. Avetisyan claims it’s the oldest recorded winery in the world.

Annually, the IEA signs around 20 framework agreements with different centers located abroad, implementing a large number of projects together with foreign centers. They collaborate with prestigious universities abroad, located from Japan to Canada. As a result, several international expeditions arrive in Armenia from Germany, Austria, Great Britain, the Czech Republic, France and other countries. 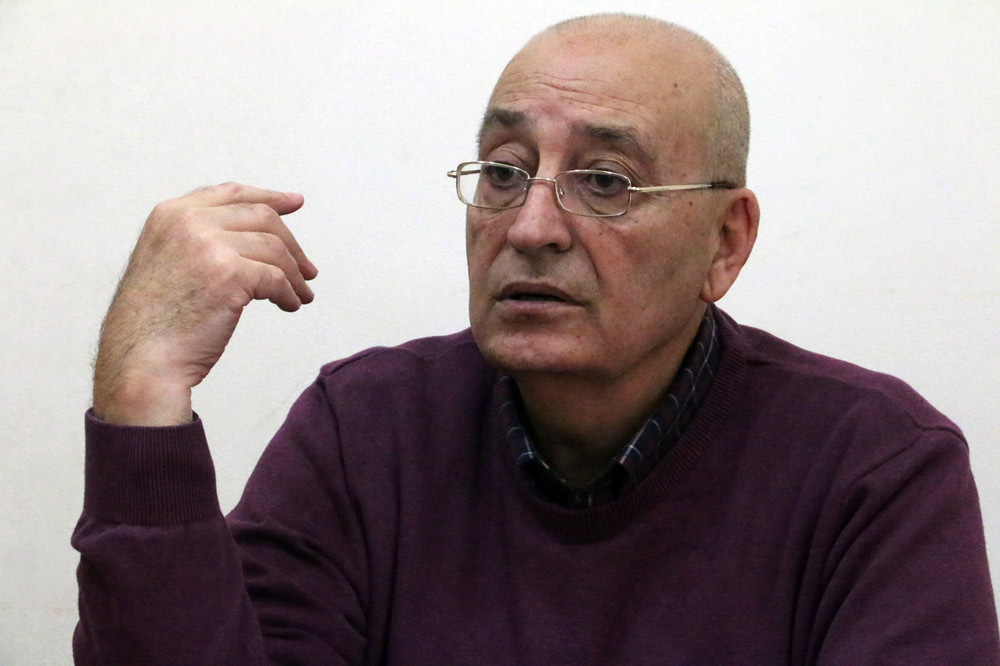 "That is to say, we have turned our historical and cultural heritage objects into a subject of international research,” notes Avetisyan.

These agreements also provide the opportunity to get valuable information about historical-cultural heritage via DNA analysis, radiocarbon data, isotopic results, or other types of expensive analyzes, carried out in renowned international laboratories, almost for free. Plus, Armenian researchers take part in international conferences, while the expenses are covered by the organizing party. 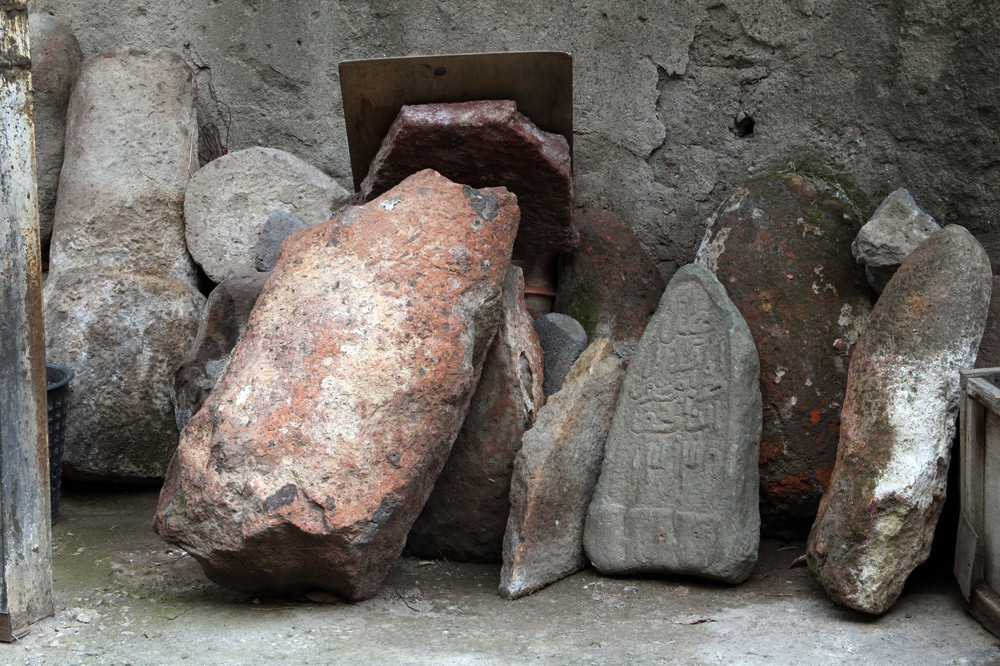 Age of Employees: No Lack of Young Specialists

The director says that there is no lack of young employees, with one-third of the employees under 40 years old. However, there’s a shortage of researchers in the 40-55 age range. As for seniors, the Institute decided not to cut their number, while keeping overall salaries as is. Avetisyan considers cutting down the seniors inhumane, since they don’t get adequate pensions to feed their families, and one needs to take into account their input in the development of the science.

Apart from the state budget, the IAE also receives funding from their partner organizations and grants and performs contractual research activities that bring in additional financial flows.

In 2016-2018, the IAE mostly got grants and funding for research from US Smithsonian Institution, US Ambassadors' Cultural Heritage Fund, DVV International Armenian Branch, and the Science Committee of the Ministry of Education and Science (co-sponsoring international projects). 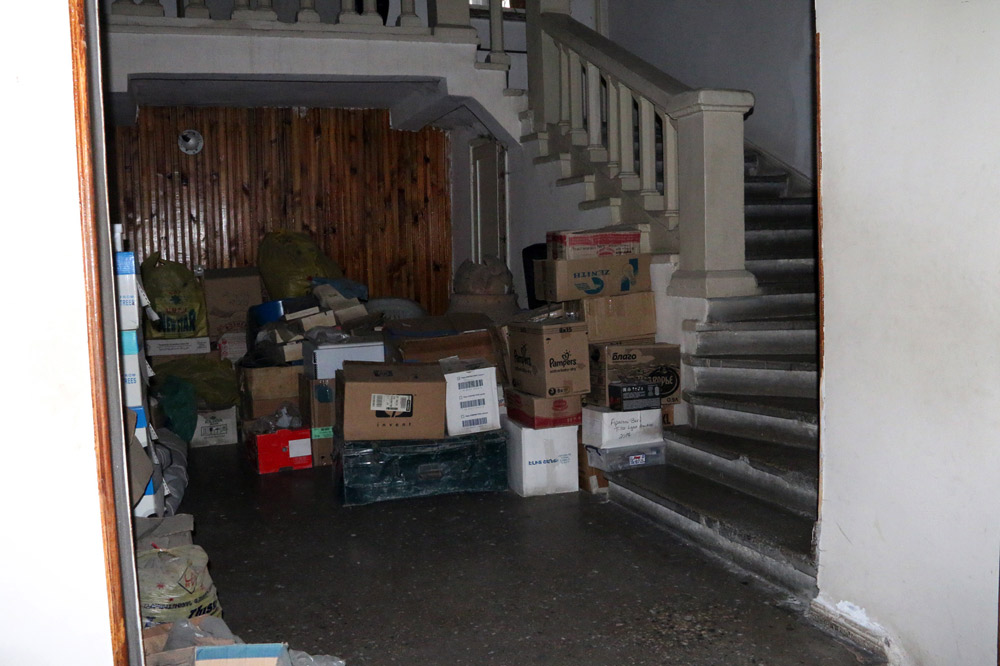 The director says that the money is not a problem, but they have an issue of space.

The effectiveness of the Institute is also reflected in books, monographs and scientific articles printed annually.

Participation in the 2018 Smithsonian Folklife Festival

In 2018, Armenia participated in the Smithsonian Folklife Festival for the first time, which was also thanks to a collaboration between with the IAE and the Smithsonian Institute.

More than one million visitors attend the festival during its ten days, while not many countries get the chance to participate. Last year, it was only Armenia and Catalonia. The curator of Armenia’s pavilion was ethnographer Levon Abrahamyan. According to him, for the first time the organizers decided to work not with showmen, but with scientists. Both sides were satisfied with the work. The Armenian pavilion was visited by 738,000 people.

“The Armenia: Creating Home” program at the 2018 Folklife Festival offered a glimpse into Armenian culture, greatly influenced by its surroundings, heritage, and ongoing exchange with its many diasporas.

Levon Abrahamyan says that Armenia's participation in the event was remarkable, but went unnoticed in Armenia.

Gayane Shagoyan, an employee of the Department of Contemporary Anthropological Science, says that although the scope of the IAE is quite narrow, it’s open to communication and versatile opinions.

There’s a series of seminars that can be attended not only by employees of the institute, but also by those outside of the institute. Occasionally, seminars host internationally renowned scientists who come to Armenia thanks to their ties with the IAE. 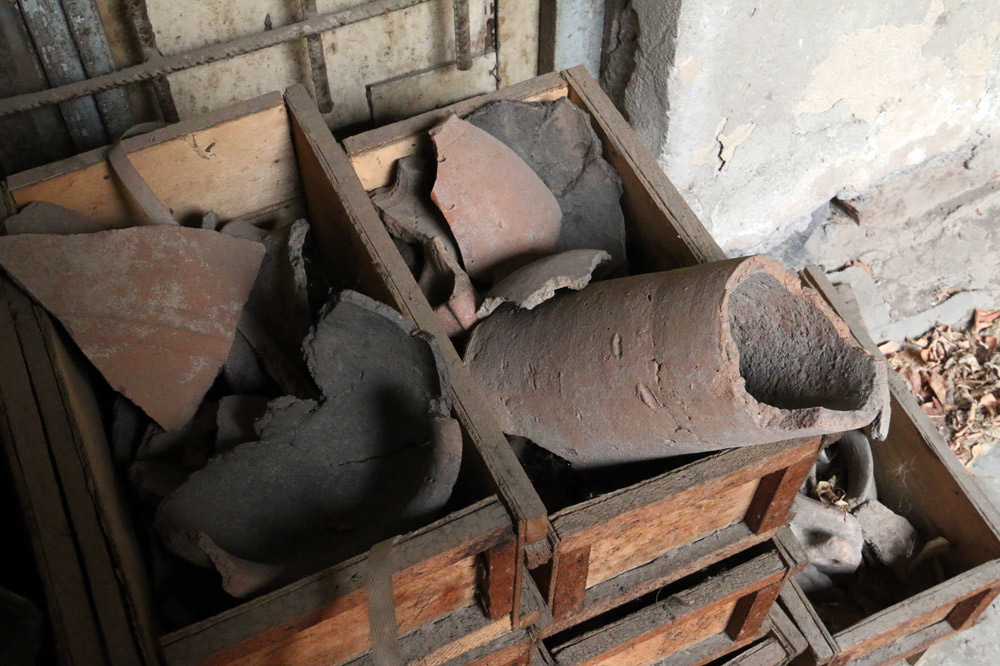 Shagoyan believes it’s the scientific atmosphere of the institute that attracts young people. She considers this very important, so that the science remains alive itself.

However, the local authorities don’t use the potential of the institute unlike international organizations (for example, the World Bank) that order researches before any reform, since introducing a new system requires exploring the issues of the affected groups, etc.

"I hope, at some point they will decide that they need to at least investigate an issue before making any decision, "says Gayane Shagoyan.